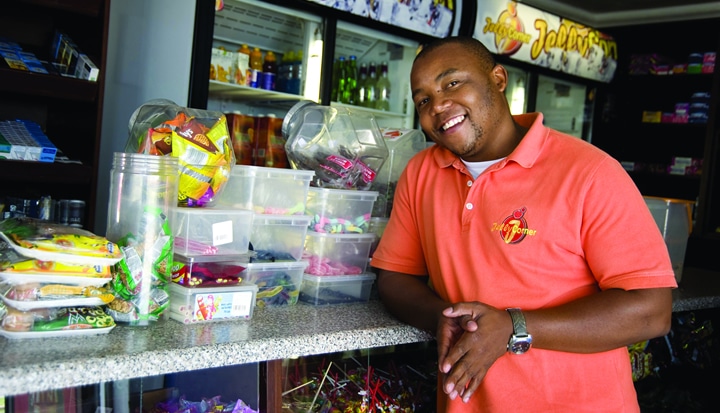 
“I am the master of my fate; I am the captain of my soul”—the closing lines to William Ernest Henley’s 1875 poem ‘Invictus’ are indelibly inked on South Africa’s consciousness. During his incarceration on Robben Island, Nelson Mandela recited Henley’s poem to other inmates, drawing inspiration from its message of self-reliance. Today, Mandela’s example inspires millions worldwide to act.

In the countries where we work, our experience is that entrepreneurs are more than business people looking to make a profit. Very often they are also driven by a vision to promote social progress, creating jobs or delivering innovative products and services.

Zimele, our first enterprise development programme, began in 1989 in South Africa. Back then we considered the implementation of an enterprise development scheme as a commercial imperative in the complex socio-political climate of the time; we wanted to support black-owned businesses within our supply chain to develop and grow quickly to build resilience in our supply chains and to support local job creation.

Over time, Zimele evolved beyond supply chains and therefore expanding the scheme to a wider pool of small and medium enterprises was an important step. Focusing too narrowly on companies that were already poised to develop as a result of the mining sector’s growth would only perpetuate the inequalities in the economy, which could increase tension and ultimately affect business performance and economic growth.

In 2006 we started the process of international expansion. We applied the learnings of the Zimele model to Chile, creating Emerge, an enterprise development programme that supports small- and medium-sized enterprises outside of the supply chain. Emerge provides access to capital, but more importantly focuses on mentoring and business advice, giving entrepreneurs the knowledge base on which to grow. The programme takes a three-tier approach, matching entrepreneurs’ maturity and helping them to graduate along a development scale.

The evolution continued, and in 2013 and early 2014, Zimele launched the Sebenza and Godisa funds in partnership with the South African government, expanding its work to non-mining areas.

We are now working to take the enterprise development concept further. We are designing a housing concept, which will provide capital to customised houses to generate an income stream that will cover most of the cost of the property. As part of our commitment to environmental sustainability, we have developed a low carbon concept, which will allow small and medium enterprises to access growth finance to trade low carbon technology and use carbon credits as a repayment method.

Anglo American believes that enterprise development is among the most effective ways of transforming resources into sustainable, broad-based economic growth. We believe that small and medium enterprises are drivers of growth for our business and more generally, the local economy. We believe that we can support communities and host countries to be masters of their fate and captains of their souls.

48,000 Entrepreneurs Inspiring Communities to Realise Their Own Potential: Download the Infographic