Going Beyond Multinationals to Scale up Nutrition 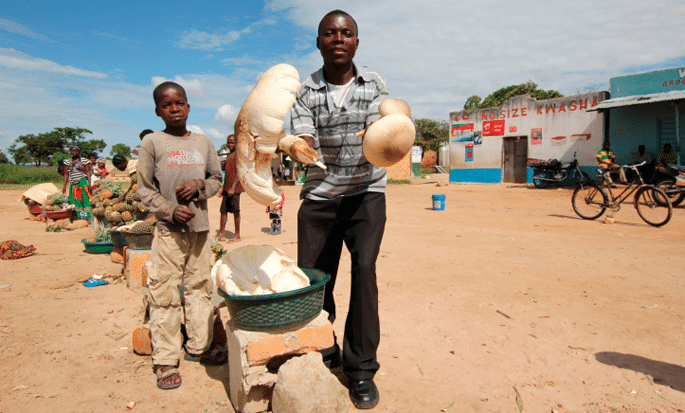 Going Beyond Multinationals to Scale up Nutrition


When you think of companies getting involved in the worldwide struggle against undernutrition, which ones come to mind?

Probably big. Probably multinational. Probably based in Europe or the United States.

But there are companies breaking this mold, showing leadership in the fight against malnutrition.

Indofood is a $5 billion-a-year Indonesian food manufacturing and distribution firm whose director, Axton Salim, joined the Scaling Up Nutrition (SUN) Business Network Advisory Group, as co-chair, earlier this year. The Advisory Group was established to provide strategic advice to the SUN Business Network, a collection of companies that support countries participating in the SUN Movement to show national leadership and collective action around nutrition.

Salim was present along with peers at a SUN Business Network roundtable discussion in New York City on 24 September 2014. “Indofood has committed to extend good nutrition across the value chain,” Salim stated in his remarks, “We aim to improve access to the right food at the right time”.

Bringing on board more businesses from countries, such as Indonesia where undernutrition remains a major challenge is a priority for the SUN Movement going forward. “The discussion is no longer if business can play a role, but rather how, and particularly how can more local businesses become involved in nutrition,” said SUN Coordinator Tom Arnold. "The issue of getting down and connecting to small- and medium-sized enterprises in country is still a real challenge.”

SUN Business Network companies already show some diversity in terms of size, geographic, and sectoral distribution. Fifty-one companies across eight sectors have made SUN commitments to date, several of these from outside Europe and the United States.

• Rab Processors Ltd. a Malawi agriculture firm that has committed to introducing a nutrition policy for a productive and healthy workforce and also support for breastfeeding mothers

• Every1Mobile, a South African mobile phone company that committed to working with major nutrition networks and organisations to disseminate key health messages and services to large audiences across sub-Saharan Africa via mobile

• Ajinomoto, a Japanese food and chemical corporation that committed to developing nutritional supplements to improve nutrition for children and pregnant and breastfeeding mothers in Ghana

• Indofood, whose commitments include workforce nutrition policies as well as product development for nutrition of pregnant women and newborns

Companies may also be involved without making official commitments; 22 out of the 54 SUN Movement countries have business leaders participating in multi-stakeholder discussions about nutrition, and 80 companies or business associations are directly engaged in national nutrition plans.

Jay Naidoo, chairperson of the Global Alliance for Improved Nutrition (GAIN), explained why now is such a crucial time for engaging the private sector in nutrition efforts.

“All across sub-Saharan Africa, South Asia, Southeast and East Asia, populations are rapidly urbanizing, with around 60 percent of urban populations living in slums,” Naidoo pointed out. The reality is that the urban poor eats far more manufactured foods than those grown from the ground. These available and affordable products must also provide needed nutrients.”

Often the first step toward engaging smaller companies is through internal workforce policies. “Do you encourage good sanitation and handwashing in your workforce? Do you make it possible for employees to practice exclusive breastfeeding for at least 4-6 months?” asked Michael Anderson, CEO of the Children’s Investment Fund Foundation.

One of the challenges is expanding the perception of who needs nutrition products and until what age are they relevant. "If you narrowly focus on the first thousand days it’s hard to get business involved,” noted Unilever CEO Paul Polman. While remaining optimistic about the role of companies large and small in addressing undernutrition, Polman explained, the reality is businesses need the incentive of creating loyal consumers for a much longer period of time. Creating those products and building a market for them are goals that the SUN Business Network hopes to facilitate.

National nutrition strategies still overwhelmingly do not address market-based solutions for nutrition or articulate a role for industry. GAIN looked at 20 SUN country programs, and while they cut across sectors like food, hygiene, and education, they all remained entirely focused on the public sector. Part of the problem is historic. “The private sector being involved in nutrition is still politically touchy,” said Marc Van Ameringen executive director of GAIN, "We still have to navigate the politics.”

The potential of the private sector as a force for nutrition, however, is just too big to ignore. "Markets are real forces for innovation,” Van Ameringen added, “The benefit we see is once an idea works – in terms of business success – [companies] will scale it themselves.”

Indofood’s experience and leadership may help seed further engagement, as an example to others. According to Martin Bloem senior nutrition adviser for the World Food Programme, “They said they wanted to sit with us to work on developing a high quality product [breastfeeding complementary foods for children 6-24 months old] that they then took to sell to bottom-of-pyramid markets - not the absolute bottom, where public support is still needed, but a large enough market they could still make a small profit from sales of a high quality product to a huge number of low-income families. That’s what we could do everywhere.”

Department for International Development (DFID) Director General Nicholas Dyer indicated that there was a growing appetite for innovative approaches to nutrition in various countries. “We have resources left on the table,” Dyer said, “But it’s not about us deciding what to spend it on, it’s about other people telling us what we need to spend it on.” DFID recently launched a partnership with the US, Sweden, Australia and the Omidyar Network, the Global Innovation Fund (GIF), which will invest £125 million in social innovations in the developing world.

With companies of all sizes and from all regions recognizing that they can play a role in nutrition, have efforts to tackle malnutrition finally gone global? Perhaps. But scaling up these efforts will depend on strong leadership from the private sector, as well as support from governments, donors and UN agencies.

Salim and Indofood plan to encourage other companies in their region to develop proposals for joining the SUN Movement. “We are ready to play our role” Salim says. “We invite more companies across Indonesia and Southeast Asia to join us.”