Empowering Mothers to Save Child Lives 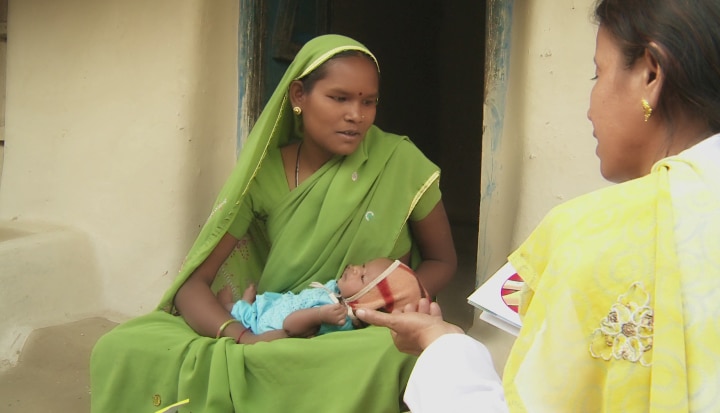 Empowering Mothers to Save Child Lives


Becoming a mother is one of life’s most joyous moments. In an instant perspectives change and the instinct to protect takes hold. Providing a safe and nurturing environment is top priority for mothers around the world. Imagine doing that in an environment where your child might not live to reach five years old. This is an all too common reality in the developing world.

Over 40% of under-five deaths occur within the first 28 days of a child’s life, the neonatal period. Simple, low-cost health interventions – such as handwashing with soap at key occasions – can reduce this figure by up to 70 per cent[i]. Despite this, the simple habit of handwashing with soap is not universally practised. The neonatal period is crucial to make an impact in helping children survive until five. Lifebuoy, the world’s leading health soap, is passionate about saving child lives and has the global scale to make a real difference. By 2015, Lifebuoy aims to change the handwashing behavior of over one billion people.

Having a child is a moment when a woman makes changes to her lifestyle and the door is opened to introduce positive behaviour change. During this period a woman becomes particularly receptive to health advice – advice that could ultimately save her baby’s life. Habits learned in this period will also transform handwashing behaviour for the entire household.

In 2011, Lifebuoy joined forces with the US Agency for International Development (USAID) and its Maternal and Child Health Integrated Program (MCHIP) to create a neonatal programme to raise awareness of the link between newborn survival and handwashing with soap. Having begun in Indonesia and India, the programme will be rolled out to other emerging and developing markets.

We approached the neonatal health challenge with the same rigour as a marketing challenge. Encouraging people to change their behaviour is challenging, and requires a sensitive understanding of habits, lifestyles and environment. We use a rich body of qualitative research in public health, behaviour change and marketing to ensure that we understand the barriers and triggers of behaviour change.

Our programme targets new mothers and birth attendants through antenatal clinics and health workers. We communicate the potential of handwashing with soap to reduce neonatal infections, but do not stop there. The programme makes an appeal to the most powerful of all emotions – the maternal instinct. ‘Helping your child survive’ is the key message to initiate long-lasting changes and drive a commitment to the habitual routine practice of handwashing. Our programme builds in the motivators of behaviour change among new mothers such as the desire to nurture and for social recognition. Through this, we empower mothers to keep their babies protected and once a new mother’s mindset is changed, habitual handwashing with soap will become a naturally ingrained behaviour. This will make them influential advocates with other mothers and the entire community.

However, the neonatal programme will not succeed in isolation. We need the support of governments and partners to promote handwashing with soap to save newborn babies’ lives. Public-private partnerships are crucial to achieve the Millennium Development Goals. Health organisations and governments have the expertise to deliver the messages to women in a scalable and sustainable way. The private sector has the marketing and consumer understanding to communicate and change behaviours of mothers.

Building healthy habits among mothers means building brand trust and loyalty. Lifebuoy aims to be much more than ‘just soap’. We want to stand in women’s minds as something positive and meaningful for life, creating loyal advocates for both a lifesaving habit and our brand.

This blog is one in a five-part series with Unilever-Lifebuoy.

Click here to donate to the Lifebuoy Help a Child Reach 5 Campaign.