Employee Giving & Volunteering - What Matters Most 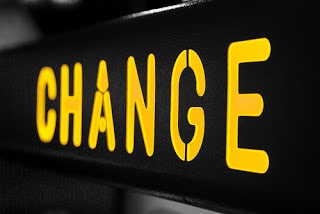 For me, the question is never, “How much did you do?”

The question is, “Why does what you do matter?”

This perspective colors every headline I see and article I read, which is why one title particularly piqued my interest. “The Best and Worst of Corporate Giving in 2010” by Caroline Preston. Immediately, I wanted to know the criteria for measuring the “best” and “worst” when it comes to corporate giving - and naturally, I assumed I might have a disagreement or two. (Which is all the more fun for me.)

Admittedly, I clicked on the article and before a minute passed, found myself distracted by one company that seems intent on surprising (and delighting) CSR enthusiasts across the globe: the Microsoft Corporation.

As one of the best examples of corporate giving listed in Ms. Preston’s article, she describes “Microsoft’s move to train more out-of-work people in technology skills, in part to compensate for its declining cash contributions amid the recession.” Combining the skills of current employees with the needs of the people is a good idea.

Next, tools to make it work:

I took a second to poke around on Microsoft’s website where I found an impressive array of support tools for nonprofits and individuals. The site “aims to help you get the Microsoft tools you need, whether you're a student, entrepreneur, nonprofit worker, technology professional, parent, or you just want to brush up on your IT skills.” (A lot of the resources here are free - I highly recommend checking them out.)

And finally, belief in your employees:

Microsoft made realistic changes based on the recession by providing cost-effective, hands-on training. At the same time, they empowered their employees to make their own choices and give as much or as little as they wanted. As you may have read in our previous article, Microsoft and their Smooth Kung-Fu Moves, the opportunities for employees to contribute at this company are endless.

Maintaining these opportunities for employees may have been the most genius choice of all. This past year, Microsoft employees gave more of their time and money through the company’s annual employee giving campaign than ever before. Despite concerns around the recession, 2010 turned out to be Microsoft’s most successful year of giving. They raised more than $96 million (that’s a 9.2% increase over 2009) for more than 16,000 community organizations of all sizes.

Now, don’t get me wrong. There is no doubt that $96 million is a number worth broadcasting. That caliber of giving has the potential to quite literally change the world. But let’s get back to the original issue:

For me, the question is never, “How much did you do?”

The question is, “Why does what you do matter?”

It’s not the number $96 million that’s most important - it’s what happened because of that number. Let’s take a second to examine Microsoft’s reported numbers, and see if they really matter to both the community and the company.

For Seattle Children’s Hospital, Microsoft employees are their largest, active source of ongoing donors. That means that no one who comes to Seattle Children’s is turned away for insurance or financial reasons. The employees give more than $800,000 each year in funds that go to assist over 1000 families.

Microsoft employees raised more than $2.76 million for the United Way of King County. That money is helping their new Parent-Child Home Program, which ensures that children from low income, struggling families enter school with an equal chance.

Microsoft employees also made donations through Jolkona, a nonprofit organization providing effective ways to channel small-scale gifts to high-impact projects around the world. Here’s just a few of the immediate outcomes of those donations:

Slideshow: Some of the people and activities that helped make the 2010 Giving Campaign Microsoft’s most successful ever.

Several years ago two Microsoft employees, Leif Hemstad and Kristen Marchus-Hemstad, were transformed through a simple act of giving. The husband and wife duo are regular participants in Microsoft’s annual Giving Campaign.

Each year they host a party at their home in Minnesota. This particular year they decided to invite their friends and colleagues from Fargo’s Microsoft campus to bring donations for the local food bank. In the end, they collected about 50 pounds of food and a few hundred dollars as a donation.

A few weeks later, when Leif and Kristen excitedly drove the food and money to the food bank, they were disappointed with what they saw. The long shelves meant to be filled with food were nearly bare - and more significantly, the people waiting in line hoping for help looked humiliated, desperate, and very, very hungry.

“Once we walked into the food bank, we began thinking that our gesture, while noble, was not significant or impactful to the thousands in our county who face hunger,” Hemstad said.

What this couple saw, was deeply unsettling. They recall returning to the parking lot and sitting in the car. “I cried, and Leif got direct,” Kristen said. “We decided we were going to do this – we were going to make a difference.”

The couple decided they needed to branch beyond themselves. They partnered with the United Way and planned another party for friends and friends of friends. Their goal was to receive 75 guests and raise $7,500. They were delighted when 190 people showed up, raising $23,000. A year later the couple held another party and raised $61,000. This year, the goal is $75,000.

There are a lot of reasons why companies have employee volunteer programs. Volunteering is growing in popularity, it’s an effective means of engagement in the CSR strategy, it communicates powerfully to the community. But whether or not companies know it, the single most important reason for employee volunteering and giving programs is this: they create better people.

Corporations are literally a ‘body of people.’ So it follows that each corporation reflects those people who comprise its body. If you want a good corporation, you need good people.

Companies like Microsoft, which place an enormous emphasis on community investment, create space for their employees to become better people. When we interact with others in our community that we may not normally see or listen to, we are captured by the possibility that there is more to life than what we know. We are led to better questions about the world around us and about ourselves. For Lief and Kristen this happened when they entered a little food pantry and asked themselves, maybe for the first time, “What is hunger?” And more importantly, “In what ways can we take responsibility for the issue of hunger in our neighborhood?”

When we ask questions like these, “better questions about the world around us and about ourselves” we become better fathers, better sisters, better friends and better employees. Microsoft accomplished a great feat by giving $96 million - but that’s not what matters. What matters is that they’re changing the world by changing their people, one by one.

We really do love talking about community engagement. Want to join the conversation?