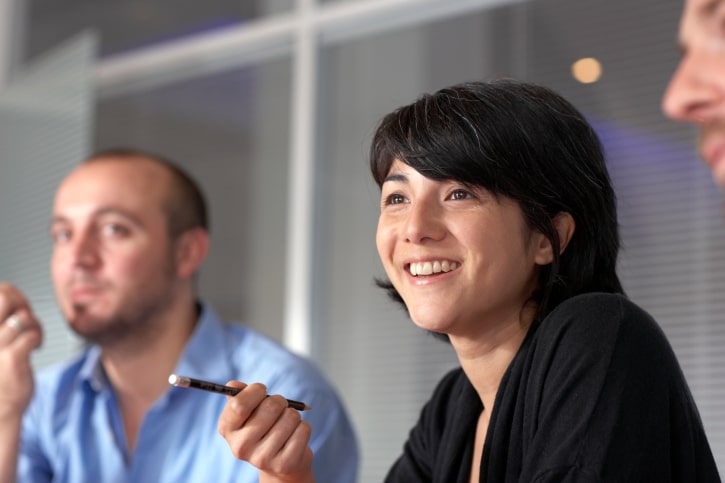 
At a time when attention spans are shrinking against the exponential growth of new technology applications and digital tools, maintaining employee engagement is a hard-won commodity, and the notion of uniting employees for a collective activity or cause can seem daunting. With so much information available at any given moment, reaching employees might be easier but engaging them has become a bigger challenge — yet to do so is more important than ever in today’s culture.

It’s not that the spirit of giving back and collective action has diminished. On the contrary, corporate social responsibility continues to emerge as a core cultural ethos, where 94 percent of consumers want companies to evolve their business practices to make as positive an impact as possible. As companies are rethinking their roles in civil society in terms of engagement and enhancing societal good, they’re also rethinking the roles and structural relationship with employees.

As the impetus for social responsibility took root in the corporate zeitgeist, employee engagement became the natural next frontier of CSR, not just as a feel-good afterthought in the genre of a beach cleanup or holiday toy drive, but a measure of a company’s overall value and vitality. Engaged employees, in turn, can align with and further a company’s efforts to become a more responsible member of the global community.

The intersection between digital communication’s omnipresence and the emerging culture of deeper engagement could mark a kind of golden age for employees and companies alike. Armed with the social web and cloud computing, among other tools, companies are better poised than ever to effectively engage and galvanize their employees into cause-related action, while serving their over-arching goals for corporate social responsibility.

Wired Workforce, Networked CR Employee Involvement in the Age of So... describes the phenonmenon: “The disintermediation of digital information widely available over the Internet opened up employee involvement in causes, even in company-led initiatives. More and more, executive management came to realize that employees expected choice and access in their giving and volunteering. And as individual employees, regional and retail teams, and entire divisions began to take more charge of their company endorsed social action, they began to share.”

The report also notes that social media participants are more likely to be actively engaged in their communities to begin with:

“82% of social network users and 85% of Twitter users are group participants. Of those in groups, 22% work with charitable or volunteer organizations… Specifically, Internet users report higher rates of charitable donations, volunteering, attending meetings and events, and taking leadership roles.”

Many companies have created proverbial collection cups and incorporated social web components into their corporate volunteer programs to create dynamic informational and organizational hubs for philanthropic efforts and initiatives. The Wired Workforce report also highlights how Microsoft’s internal “Give” video wall platform and giving campaigns, which facilitate a corporate matching gift program, and Pfizer’s internal volunteer hub, which allows employees to nominate and vote on volunteer projects for corporate sponsorship, exemplify how companies can blend traditional, one-way internal communication sites with multi-directional conversations that typify the new world of media, and subsequently, cause efforts.

Other companies, meanwhile, are leveraging a hybrid of external social media and internal communications. With its “50 Days of Giving” initiative in 2010, Western Union encouraged customers and employees alike to vote daily on Facebook for their charity of choice, while the participating nonprofits would receive a donation to participate. In addition to featuring the company’s Foundation grantees in its weekly e-newsletter, Western Union has also added a blogging and “communities” function to its intranet so that employees can virtually gather around causes.

In other cases, engagement isn’t just about a philanthropic or charitable goal, but simply connectivity that allows for inspiration and deeper involvement with the organization and its goals. The most dynamic and successful employee engagement ideas embrace social media and other digital tools and should also embrace the dissolution of traditional, one-way corporate communication. As the social web, cloud computing, blogging and other forms of new media have transformed the structures of communication in recent years, companies can leverage this metamorphosis in their approach to employee engagement by utilizing an integrated platform that allows for staff to connect with one another, their company, and their most cared-for causes.