Do Companies Have Obligation to Help Syrian Refugees? 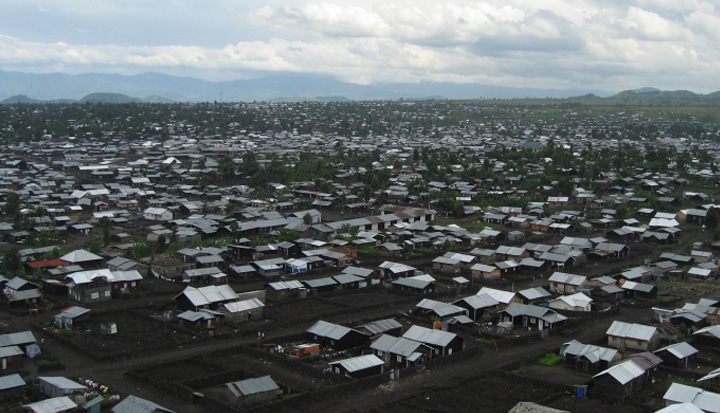 Do Companies Have Obligation to Help Syrian Refugees?

“When we can’t afford both medicine and food, I tie scarves around my boys’ bellies at night so they don’t wake up crying from stomach aches because they are hungry.” --Fatmeh, a Syrian refugee in Lebanon

The Syrian refugee crisis in the Middle East is a daily heartbreak that eludes simple solutions. Thousands are dying in boats and trucks as they desperately flee war-torn, drought-parched lands. Thousands more are bursting over borders to the relative safety of Europe, only to be quarantined or turned away from overwhelmed or unfriendly countries.

The disaster this is presenting to the global community is nearly unprecedented in scale, fueling a cascade of emergencies that have far-reaching consequences, including permanent damage to entire populations. The Guardian reports that the refugee crisis is bankrupting UN humanitarian agencies, leaving them unable to provide food and healthcare to millions of desperate people. The dwindling food provisions and medical attention are driving even more refugees to Europe, and creating a generation of children - those who survive, anyway - whose lives will be shaped by malnutrition, disease, psychological damage, lack of education, and vulnerability to extremist groups like ISIS.

As the media devotes greater attention to this tragedy, the general public is finally seeing the consequences of the destabilization in the Middle East firsthand. And many people are feeling compelled to do whatever they can to help. Fortunately, some of these concerned citizens are the CEOs of global corporations.

Amidst a crisis of this nature, can corporate social responsibility make a difference? The answer is yes, but only to the degree that companies are willing to demonstrate leadership on the scale of the crisis. While some of the world’s richest companies are indeed contributing support, there is criticism that many are not doing nearly enough, especially when it comes to coughing up significant donations, not just raising awareness.

Whether or not this is a fair complaint, consider these outcomes, as reported by CNN Money:

Apple just announced that it is making a “substantial” donation to the migrant cause and also supporting 2-for-1 matches of contributions from Apple employees to the Red Cross. Additionally, the company is promoting the Red Cross online and in the App Store. This generosity seems fitting, for the late Steve Jobs was himself the son of a Syrian refugee.

Businesses are also getting creative in how they’re reaching out to the refugees. For example, some German companies, like KPMG, are giving some employees paid time off of work to make it easy for them to volunteer in this humanitarian effort. Others are offering internships and occasional job training to skilled migrants looking for work. As reported by DW:

The only thing holding some German companies back from investing more substantially in job training for the refugees is the risk of deportation, so many companies are working with politicians to make it easier to hire refugees by clarifying their legal status. Toward that end, the German Chamber of Industry and Commerce supports the so-called 3+2 rule, which stipulates that anyone who undergoes three years of training cannot be deported, and also has the right to work for at least two more years after their training has been completed.

The refugee crisis demonstrates a clear example of how the socially responsible behavior of companies today is being scrutinized more than ever before. It is no longer an option not to act in times of crisis; companies must get involved, for the sake of the trust of their employees, customers and stakeholders, if nothing else.

Most companies don’t have the scale that a Google has to make million-dollar donations and matching initiatives (even if Google should arguably be going further than that), but every company can and should still do what it can. For that reason, businesses using the Causecast platform have the ability to be a part of our instant campaign to support the refugees, making it easy to engage employees in fundraising and support.

Whatever action your company takes to demonstrate its concern, make sure it does something. Amidst a historic tragedy like the one unfolding before our eyes day after day, sitting on the sidelines is an untenable abdication of responsibility and a corporate disaster of its own.