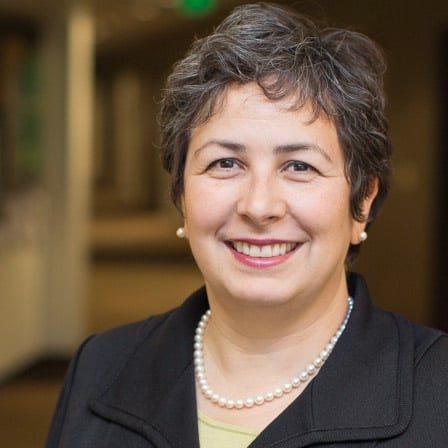 Diana has most recently been the Managing Director and Interim VP, International Development at the global health NGO, PATH, overseeing the organisations global network of country-based programmes.

Prior to that, Diana spent over 14 years at the Microsoft Corporation, where she focused on business strategy and public-private partnerships. In her capacity as Managing Director of Worldwide Public Sector, Diana helped drive innovation in public service delivery and digital access that reached more than 7 million underserved citizens in developing countries.

Diana is affiliated with the International Policy Institute of the Henry M. Jackson School of International Studies at the University of Washington. Diana is originally from Nicaragua, and is now based in Seattle.

In the interview, Diana talks about her roles at both PATH and Microsoft; about what she's learnt about intrapreneurship and the potential for partnership; and what she hopes to achieve through her new role at Business Fights Poverty.

To listen to the full interview click on the image above.

To learn more about Business Fights Poverty's programme on Post-2015 and the Sustainable Development Goals, click here. And if you would like to get involved, email us at [email protected]