The Role of Business in Development 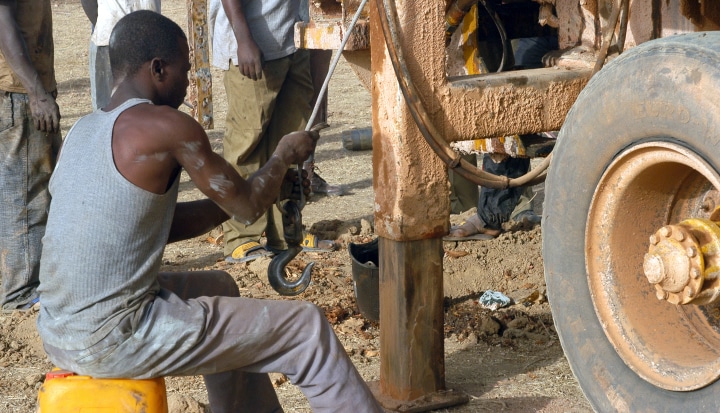 The Role of Business in Development


The economic crisis is a global problem. The effects on developing countries are being felt, and are likely to get worse. Up to 90 million people could remain in, or be pushed into extreme poverty as a result. This means governments around the world are focusing as a matter of urgency on how to attract investment and create the best conditions for growth.

The role of business in development is not new. The private sector is the engine of growth in the poorest of countries, and that growth drives development. Jobs are the best way out of poverty, and nine out of ten jobs in the developing world are in the private sector. The private sector, of course, means not only big corporations, but all those market traders, entrepreneurs and farmers who sell their goods and services in the market economy.

Over the last 30 years more than 500 million people have been lifted out of poverty because of private sector driven growth. This is not just because of increased employment. The private sector also providers the tax revenues that support the health, education and other services that sustain growth and lift communities from poverty.

And so when businesses suffer, as we are seeing at the moment, we all suffer – a painful lesson that is currently being brought home to us.

Businesses and governments realise that their interests are aligned. It is the core business of a company which will create jobs and provide the goods and services that poor people need. It is through the design and application of appropriate, rule-bound institutions and policy, as well as demand driven public services, that governments will create the environment in which the private sector can do this.

We must not forget the principles which lie behind CSR, nor the many initiatives and innovations which have changed business practice and attitudes. But we have learned it is not enough, and that there are bigger prizes for both development and businesses to be won if we work together better.

DFID’s new Private Sector Development Strategy is designed to help business and governments maintain and increase the positive impact of business on development. It focuses on three pillars: Access, Competition and Engagement.

Businesses need access: to markets, to finance, to skills. That is true whether we are talking about a multinational or a small farmer. This is why DFID supported the FinScope surveys in South Africa which demonstrated the untapped markets amongst the poor for banking services. Since 2004, over 2 million people have benefited from accounts designed for their needs, 60% of whom had no previous access to financial services.

It is also why we support the Katalyst programme in Bangladesh, which has helped provide access to better information and inputs to an estimated 1 million farmers - helping them generate around $700 million of additional income and creating over 180,000 new jobs.

Strong businesses also thrive in competitive markets. Where inefficient companies are kept in business unfairly through corruption, regulatory barriers to entry or protectionism, it is the entrepreneurs, the job creators and the consumers who lose out.

That’s why, for example, DFID is helping India and Tanzania and other countries in Asia and Africa to implement effective competition policies. The Competition Assessment Framework that we published last year is now helping developing countries to identify and address critical barriers to competition. DFID is also providing £17 million over three years to the Investment Climate Facility for Africa to support key regulatory reforms across the continent. This work is crucial in the current economic climate, where fear and a short term outlook put past and future gains at risk.

DFID is also serious about engaging with the business community. In 2008 more than 60 businesses joined the Prime Minister’s Business Call to Action. Coca Cola responded with a research programme investigating the development impact of their distribution system in Africa, and have opened 500 new independent distribution centres, creating 2500 jobs.

If our new strategy is a good step in the right direction, it by no means represents the end of the journey – or the end of the conversation we will have. That is why the meeting series planned by DFID, Business Action for Africa and the ODI is so important. The meetings will not just be a set of discrete, interesting discussions and case studies, to attend, or not, to remember or to forget. They should instead be seen as a coherent whole, moving the agenda of business in development forwards.

It is incumbent on DFID and its partners to stay at the heart of this dynamic and urgent debate. That is why our strategy and this meeting series are so important, and why the contributions and participation of our partners are so valued.

Post written for Business Fights Poverty by Michael Foster MP, Parliamentary Under Secretary of State at the UK's Department for International Development.

7 responses to “The Role of Business in Development”