Could THIS be the Solution to Global Poverty? 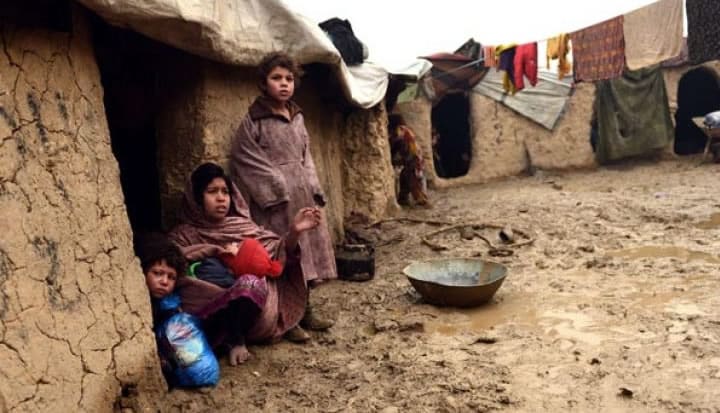 Could THIS be the Solution to Global Poverty?


Recently an organization named FXB published a full-page ad in The New York Timesunder the headline “We know how to end global poverty.” The piece reported that “the journal Science just published a study proving what works to raise people permanently out of global poverty.”

Because Science is unquestionably a credible source of information, this ad was intriguing enough that I checked out FXB online. FXB, it turns out, is based on Switzerland. Here’s what the organization’s site explains: “The story of FXB started in 1986, when Albina du Boisrouvray’s only son François-Xavier, a rescue pilot, was killed in a tragic helicopter accident when he was just 24 . . . In 1989, Albina give away most of what she had to found the FXB Foundation and FXB International in honor of François-Xavier . . .” The site describes FXB’s partnerships with Medecins du Monde and other unimpeachable organizations and the admirable projects in alleviating AIDS and ending poverty that they undertook together. So, the advertiser is entirely credible, too.

A look at the details

Now, did you read that ad copy carefully? For “only” $125 to $230 per person for three years. That amounts to a total of between $375 and $690 per person. To most of us in the rich countries of the Global North, those may seem like small amounts of money. But wait.

FXB’s effort may have succeeded, but a similar, much more highly publicized attempt, was a dismal failure: Jeffrey Sachs’ heavily touted Millennium Villages Project, which entailed similarly high costs ($120 per villager per year for five years). Sachs’ ongoing PR campaign attempts to claim otherwise, but the truth comes out clearly in a masterful biography, The Idealist: Jeffrey Sachs and the Quest to End Poverty, by Nina Munk. Many of the people in the dozen villages where Sachs’ project was piloted ended up worse off than they were when his highly paid staff started out.

So, let’s take a look at how reasonable it is to attempt to end global poverty with an expensive “comprehensive” solution.

Using UN population figures and the World Bank definition of $1.25/day for extreme poverty, Wikipedia explains that “as of September 2013, roughly 1.2 billion people remain in extreme poverty.” Let’s assume that the FXB approach costs “only” $125 per person per year, using the lowest figure cited in that ad, or $375 total. That means that, to lift all the planet’s extremely poor people out of penury, would require “just” $450 billion over the three-year period. (At $230 per person per year, the total would be $828 billion.)

Where on earth will that $450 billion come from?

Not from philanthropists like Albina du Boisrouvray! I spent three decades working to raise money for philanthropic efforts, and I studied the data. As best I can tell, the total amount of ALL philanthropy directed overseas by individuals, foundations, and NGOs is roughly $20 billion. But let’s say I’m undercounting, and the total is $40 billion. If all that money were devoted to an effort such as FXB’s, the job might be done in a decade or two. But wait: what about all the NEW poor people born during that period? We’d better extend that estimate of a decade or two by a factor of two, at least. In any case, the possibility that all those donations would be dedicated to ending poverty is, at best, sheer fantasy. Every philanthropist, every foundation, every NGO has its own agenda. There is no chance whatsoever that all their money would be redirected toward an effort modeled on FXB’s.

So, how about the UN, the World Bank, and other multilateral institutions? The UN’s “regular” budget (exclusive of peacekeeping activities) is about $5 billion. Last year, the president of the World Bank announced that he had arranged for the replenishment of the fund that supplies grants and concessional loans to support the poorest countries to the tune of $52 billion. (Most World Bank loans go to middle-income countries.) So, we might as well forget about the UN and the World Bank — and there’s no other “official” institution that can rival their global reach.

In fact, according to the best estimates I can find, the TOTAL annual amount of overseas development assistance (“foreign aid”) from all sources — multilateral institutions, foundations, NGOs — is only slightly more than $150 billion per year. In other words, for the FXB program to accomplish its goal would require that all foreign aid were directed at the poorest of the poor. However, as any observer of global anti-poverty efforts can tell you, only a tiny fraction of this $150 billion actually reaches poor people, much less the poorest of the poor. Naturally, those supporting all these disparate aid efforts have their own ideas about how to invest their money.

Show me the money!

So, where on earth is that $450 billion going to come from?

To me, and to my coauthor Paul Polak, the answer is obvious. It’s NOT going to come from anywhere if it’s intended to support giveaway programs like FXB’s — no matter how noble in intent or successful they are on a small scale. As Paul and I explain in detail in our book,The Business Solution to Poverty, the ONLY source of such massive amounts of money is the private sector (which already invests more than $1 TRILLION per year in the Global South: according to the UN, the total was $1.35 trillion in 2012). And that money will be forthcoming only if it promises to realize a profit for the investors who lay it out.

By the way, Paul Polak‘s efforts to end poverty have been successful on a much larger scale than FXB’s: his market-based work, over a similar, 25-year period, lifted more than 17 MILLION people out of poverty.