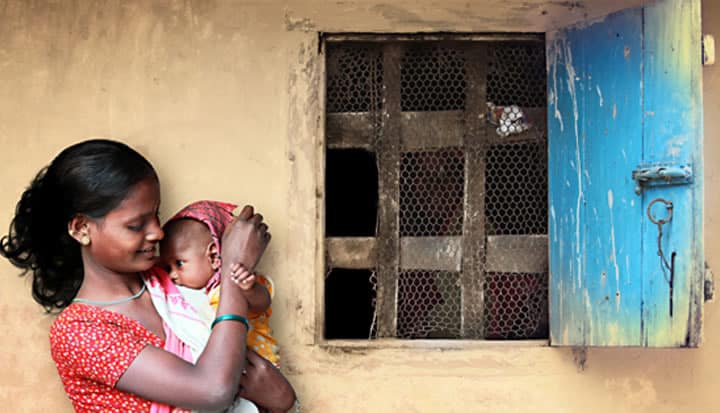 Click here for more stories about
Technology
Tuesday May 26 2015

By Leith Greenslade,Vice-Chair at the MDG Health Alliance

The news that a handful of corporations comprised 40 percent of the new commitments made at the launch of the Every Newborn Action Plan in 2014 caught the attention of many in the global maternal and child health community. As a neglected area of global health - why was newborn survival attracting such corporate interest?

The Ultimate Investment in the Future: Profiles of Corporate Engagement in the Health and Development of Newborns, a joint-venture of GBCHealth and the MDG Health Alliance in support of the UN Secretary-General’s Every Woman, Every Child movement, profiles 48 corporate newborn investments in an easy-to-read digital format, describing each commitment, its geographic impact and its relation to one or more of the five strategic objectives of the Every Newborn Action Plan.

Companies profiled range from the largest multinationals to start-up social businesses from the pharmaceutical, healthcare, banking, consumer goods, energy, food and beverage, communications, tourism, materials, retail and technology sectors. All of them are investing time, money and talent in preventing, diagnosing and treating the major causes of newborn death and disability.

The report finds that the majority of corporate commitments profiled are well aligned with the first three strategic objectives of the Every Newborn Action Plan to target investments in childbirth and the first week of life (1), to improve the quality of care (2), and to improve access to care for the most vulnerable women (3). In contrast, corporate investments to harness the power of parents, families and community (4), and to improve vital registration of births and deaths and general data quality (5) are lacking.

Company investments profiled in the report are generally well-targeted to several of the hotspot countries but more investment is needed in other high burden centuries, especially Pakistan, the Democratic Republic of Congo, Indonesia, Angola, Afghanistan and Sudan.

During the launch of the report, hosted by the UN Foundation, 10 companies whose work is profiled were invited to share details of their flagship newborn investments, including ayzh, Chevron,GlaxoSmithKline, Johnson & Johnson, McCann Health, Masimo, Medela, Novo Nordisk, and Philips.

Newborn investments by these companies range from reducing the risks of diabetes in pregnancy (Novo Nordisk), infection at the time of birth (ayzh), and mother-to child-transmission of AIDS (Chevron), to developing better medicines and devices to prevent, diagnose and treat the leading threats to newborn health including pulse oximetry (Masimo), fetal monitoring (Philips), breastfeeding supportive technologies (Medela), and chlorhexidine for umbilical cord care (GSK).

Other companies are investing to strengthen health systems by training birth attendants and midwives (Sandoz), and community health workers (J&J), and transforming the quality of communications to educate and empower women and their families to make better health decisions and health workers to provide better care (McCann Health). Several companies are active across all of these areas simultaneously.

Many of these companies are members of the Every Woman, Every Child movement - a growing and desperately needed multi-stakeholder movement to advance the health of the world’s most vulnerable women, newborns, children and adolescents and achieve global development goals. Newborns are a particular priority as only seven countries have managed to reduce newborn deaths to the levels required by the Millennium Development Goals and in 25 countries newborn deaths have actually risen since 1990, 22 of them in Africa.

As a result of the slower progress, newborn deaths and stillbirths now comprise 60 percent of all child deaths and are the major barrier to achievement of the new Sustainable Development Goal to end preventable child deaths by 2030, which will be officially launched in September 2015.

The great value of The Ultimate Investment in the Future: Profiles of Corporate Engagement in the Health and Development of Newborns,is that it demonstrates the impact that corporations are having on newborn health and development and the vital role the private sector will continue to play in the implementation of the Sustainable Development Goals. The report identifies the areas where additional investments are needed - both the focus areas and the countries - so that companies can deepen their impact on newborn lives saved.

But perhaps most importantly the report will facilitate greater collaboration for newborn health and development by inspiring corporate actors to join forces with other stakeholders for greater impact. Increasingly, the United Nations, governments, non-government organizations and civil society can learn from these corporate investments and discover new and more cost-effective ways to support their expansion.

Special thanks to Nisa Patel from GBCHealth and Natalie Africa from the UN Foundation for their thought leadership and partnership in the conceptualization, execution and dissemination of The Ultimate Investment in the Future: Profiles of Corporate Engage... and to Zubaida Bai from ayzh, Carol McCauley from Chevron, Pauline Williams from GSK, Joy Marini from Johnson & Johnson, Joe Kiani from Masimo, Andrew Schemer from McCann Health, Jan-Willem Scheijgrond from Philips, Fiona Cook from Sandoz, Paul Bolla from Medela, and Charlotte Ersbøl from from Novo Nordisk for their participation in the launch.

Leith Greenslade is a Vice-Chair at the MDG Health Alliance, a special initiative of the Office of the United Nations Special Envoy for Financing the Health Millennium Development Goals to accelerate achievement of the health-related MDGs by mobilizing governments, non-government organizations, academic institutions and corporations to accelerate global progress in support of Every Woman, Every Child, an unprecedented movement spearheaded by the United Nations Secretary-General to advance the health of women and children.

Editor's Note: This blog was previously published on Healthy Newborn Network and is reproduced with permission.
Previous postNext post