Corporate Responsibilities in Times of Civil Unrest: the Case of Egypt and Vodafone 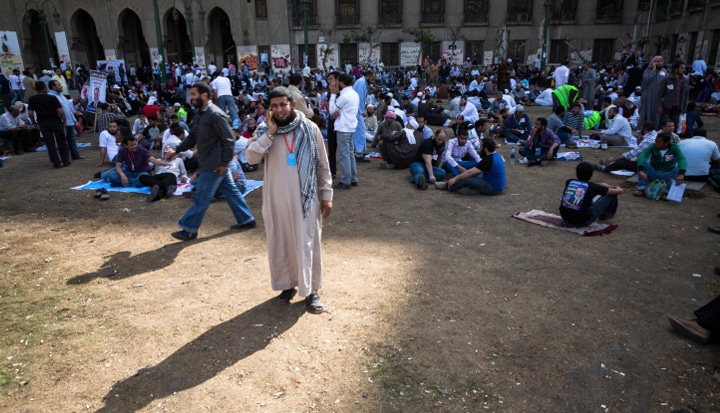 Corporate Responsibilities in Times of Civil Unrest: the Case of Egypt and Vodafone

Chris Marsden, Associate Fellow of the Doughty Centre for Corporate Responsibility and teaches on the Cranfield MBA programme in the Sustainable Business elective.

Chris Marsden, Associate Fellow of the Doughty Centre for Corporate Responsibility and teaches on the Cranfield MBA programme in the Sustainable Business elective.


In January 2011 Egypt experienced one of its largest civil revolutions in recent history.

Influenced by the example of the ousting of the unpopular Tunisian president via mass civilian protests, unrest in Egypt grew, with mass protests erupting on 25th January (25th January Revolution). This initiated a chain of events leading to the ousting of the then Egyptian president Hosni Mubarak. The protests focused on issues of lack of free elections, freedom of speech, and uncontrollable corruption of the government.

However, Hosni Mubarak did not go quietly. In the early days of unrest curfews were initiated and the Central Security Force police were sent to quell demonstrations. The then president also attempted to disable the protesters ability to organize and communicate, and on the 23rd January it is alleged the security forces summoned representatives from mobile phone companies (such as Vodafone, Mobilin and Etisalat) and told them to suspend services in specific areas of protests, with total shut-down later in the week. Over the night of 25th/26th January internet service was cut off and internet service providers told to disable their networks. When services were later restored, some mobile phone networks were told to send texts to their subscribers with pro-Mubarak messages worded by the government.

A text message received by an Associated Press reporter in Egypt appealed to the country's "honest and loyal men to confront the traitors and criminals and protect our people and honor." Another urged Egyptians to attend a pro-Mubarak rally in Cairo on Wednesday. The first was marked as coming from "Vodafone”. The other was signed "Egypt Lovers".

This Hot Topic outlines Vodafone’s actions and responses to their involvement in the service suspension and text messages sent. This recent example raises questions regarding the relationship between governments and large corporations, asking what the implications this example has for the role that corporations should take and what their corporate responsibilities should be in such situations.