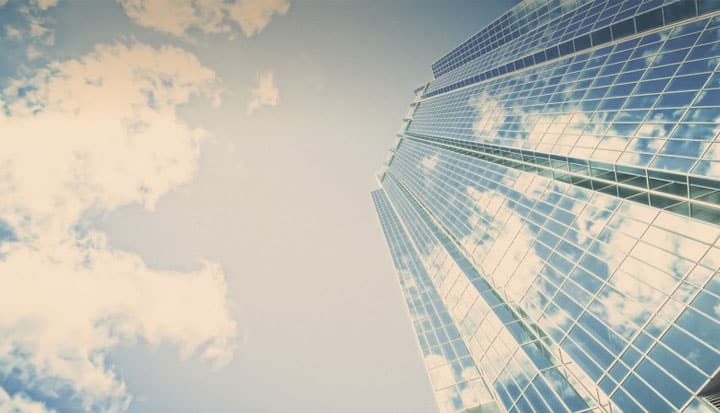 
For a big company, innovating is anticipating. It involves being able to spot weak signals, new ideas and models that will disrupt tomorrow’s markets. In only 10 years, changes in digital technology have deeply disrupted the rules of economic competition. In a faster and more interconnected world, companies that have been able to anticipate the changing rules of the game are now the ones that lead that game.

After the rise of the technological revolution, social entrepreneurs are now heralding a new revolution. To address societal issues at their roots, they use the codes and tools from the economic world to advance their missions for the common good. Over two decades, they have demonstrated the compatibility between social and economic value creation as well as nimble forms of organization leading to big change. From the collaborative economy to microfinance, the models they develop often forecast major economic mutations.

What do these social entrepreneurs tell us today? They make a clear point that the solution won’t come from one single sector or single organization. They demonstrate that it is high time for all economic actors to collaborate to solve societal issues, and that everyone will begin to gain. They are challenging companies to go beyond mere corporate social responsibility or philanthropy and to enter into win-win partnerships that address societal issues while contributing to innovation and performance.

Examples are still scattered, but they are emerging, and they are calling companies to anticipate and pay attention to what will be the second big turn of the 21st century: the social impact wave.

Win-win partnerships, from agriculture to access to medical treatment

In Turkey, Vodafone is part of an emerging group of companies that quickly understood the competitive edge of engaging with social entrepreneurs. In a country where a large majority of farmers are struggling to make a living due to, among other contributors, poor access to market information, the multinational telecommunication company partnered with the social enterprise TABIT, whose mission is to improve the livelihoods of small-scale farmers and their families.

Since 2009, the two partners have co-designed and launched the Farmer’s Club, an online platform that enables farmers to access information about markets and to promote their products at fair prices. Vodafone proposes preferential offers and adapted payment systems in order to equip users with appropriate technologies. As for TABIT, it provides key content, adapted to small farmers’ needs, in partnership with the Ministry of Agriculture. This is a win-win model: Vodafone can access a new customer base and reinforces its social responsibility, and TABIT can deepen and broaden its social impact. To date, over 840,000 farmers, almost one third of Turkish small-scale farmers, are active users of Farmers’ Club, and Vodafone has replicated this model into six countries, including Egypt, Ghana, India, New Zealand and Tanzania.

Another inspiring example is the partnership between EspeRare Foundation – an organization founded by Caroline Kant, a social entrepreneur who was also named the Swiss women entrepreneur of the year - and Merck Biopharma laboratory. Together, they are inventing what could become a new economic model for the development of rare disease treatment. Whereas we count 7,000 rare diseases in the world, only 5 percent of them have a therapeutic treatment that has been approved. Even if the molecules that can cure rare diseases exist, their repositioning for treatments against rare diseases is not profitable for pharmaceutical laboratories.

EspeRare Foundation is currently developing a model that enables it to temporarily obtain the right to use certain shelved molecules for clinical trials for rare diseases. Thanks to hybrid financing and a collaborative platform involving patient groups and public authorities, EspeRare’s ambition is to reduce the time and cost of developing treatments. Once the repositioning potential is proved, the foundation can sell its rights to the laboratory, which takes charge of the last clinical phases and the commercialization, or EspeRare can keep the rights for commercialization with other partners. The first positioning program aims to develop a treatment against Duchenne disease, which affects 1 young boy in 3,500. If the experimentation succeeds, it will have a huge impact on the pharmaceutical industry and its attitude toward rare diseases.

Both examples reflect a complete new way of envisioning social change. This win-win partnership approach, reinforced by the 17th UN Sustainable Development Goal, has the potential to radically transform industries and to deeply change the way companies approach innovation. In the world where examples like these anticipate future market changes, everyone, whatever his sector of activity, can become a changemaker for the good of all.

At the crossroad between sectors and organizational cultures, these partnerships demonstrate that combining complementary expertise and networks enables social impact at large scale, which no single plater could have achieved alone. Win-win partnerships open the way for a more inclusive and humane economy, where social innovation is also a source of economic performance and gradually infiltrates the DNA of every company.

Ashoka is the largest global network of leading social entrepreneurs. The collaboration examples mentioned above are part of a Social & Business Co-Creation Case Series produced by Ashoka and PWC in Switzerland with the support of Zermatt Foundation. Check-out the complete case study report here.