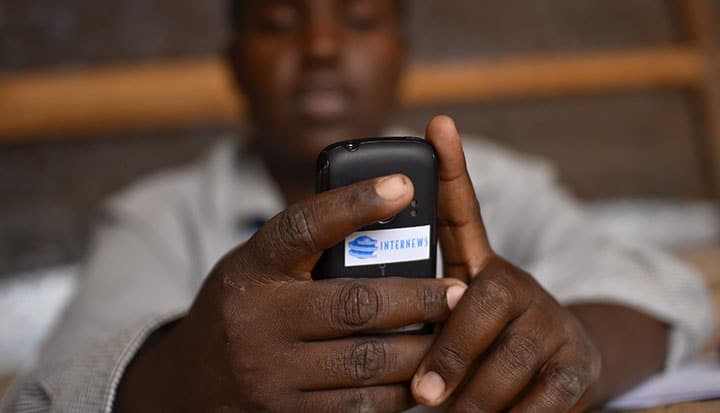 
Technology is playing an unprecedented role in addressing the global refugee crisis. In part, this is due to a level of collaboration that is new to the traditionally competitive, independent tech community. The massive numbers of people fleeing war and deprivation – over 82,000 refugees sought refuge in the first two months of 2016 alone, according to the United Nations refugee agency – has united socially-minded tech developers under the umbrella of Techfugees, a community of more than 2,000 tech industry representatives collaborating on ways to help.

The result is a range of technological responses to the refugee problem that are dependent less on funding than on expanding usage of existing products. And yet, achieving the kind of scale necessary to reach all those in need often requires the backing of government or other public-sector entities that can endorse a tool or application through its direct engagement with refugees.

Techfugees members have developed over 1,500 tools to address the violence creating displacement, as well as to empower the refugee on the long road to asylum and assimilation. Online mapping and crowdsourcing tools like refugeeswelcome mobilizes resources by leveraging the sharing economy philosophy made famous by Uber, AirBnB, and Zipcar. Apps like StoryMaker help individuals and organizations tell their stories to draw attention to the plight. And tools like Refunite enable displaced people to search for family members online, via SMS, or over the phone, in order to reconnect divided families.

These tech tools fall into the category of peacetech, a burgeoning area of technological innovation that implies a social good or peacebuilding capability.

Despite this admirable mobilization, these peacetech solutions are still fragmented, which negatively impacts the number of people who know about a particular app and the amount of social good possible.

Tom Nassr, creator and founder of Kricket, an app that connects aid efforts with refugees and other organizations, notes the number of apps borne out of Techfugees as representative of the fragmentation of the effort. Due to resource constraints and oftentimes lacking endorsement from distribution channels (like the government or large multinationals), many of these apps are designed to be very granular. To Tom, they’re “solving a very finite problem but only solving it for a very finite number of people.”

So partnerships are essential to this movement of tech for social good, Nassr says. Endorsement by a government organization can make an enormous difference in raising public awareness of an app, which broadens usability and enhances a peacetech developer’s ability to expand.

A leading app in Germany is Ankommen (or, “to arrive”), which provides refugees across Germany access to information and guidance on the asylum process, German language learning tools and helpful cultural tips, resources on vocational training and job openings, and other essential assimilation resources. The app, available free through the Google Play Store and soon over iOS, is accessible without an internet connection, and in multiple languages (English, Arabic, Farsi, French and German). It has been downloaded over 500,000 times.

One component of Ankommen’s success is its partnerships blend: it is an initiative of the German Government’s Office for Migration and Refugees and Employment Agency, and private institutions like the Goethe Institute and Bayerischer Rundfunk, a public radio and TV broadcaster. Nassr says that for an app to achieve the type of usability that Ankommen has –or even greater still, Refugeeswelcome, which operates in 10 countries and is in the process of expanding to 20 more – would require a “viral marketing campaign, an enormous marketing budget, or partnerships.” In this regard partnerships provide the very valuable line of visibility essential to scaling up these life-saving tools.

Because tech-based solutions are often developed so individualistically, and a challenge is getting the product to the people who need it most, private-public partnerships can center on enhancing usability and elevating awareness of products to amplify usage. This can be done at minimal or no cost, but makes a major difference in defragmenting the peacetech space.

Peacetech partnerships can be of real value to the government. The Migration Policy Institute’s Susan Fratzke says that peacetech has democratized the flow of information around this refugee crisis at a speed that the governments struggle to keep up with. Technology has “transformed the ways people move… people are so much more independently mobile, and know more information.” And while in many cases peacetech has enabled civil society to respond more quickly, there has been a shift as to what sectors are represented on the front lines of this crisis, diluting the role of government. But governments don’t need to divert precious resources to developing information communications technology (ICT). Through partnerships, governments responding to the refugee crisis could find ways to bring already existing ICT into their process and develop more agile policies, as the relevant German government offices did with Ankommen.

For public and private sector representatives looking to make a direct and positive impact on the current refugee crisis while addressing their own organizational needs, there is no shortage of peacetech. As a simple starting place, they can start with the hundreds of tech-based innovations being developed out of the Techfugees community.

This article first appeared on www.p3.co and is reproduced with permission.