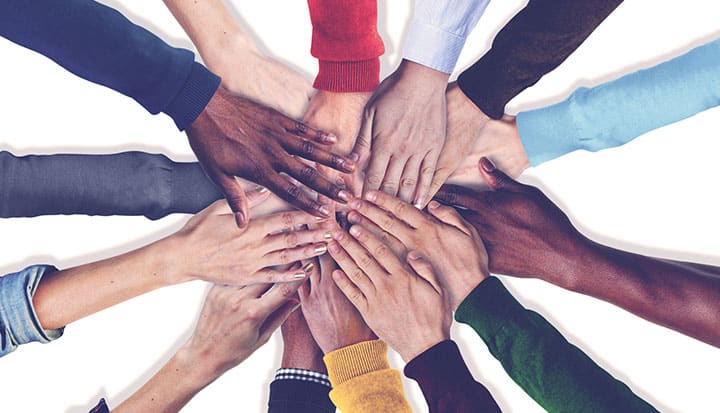 CHALLENGE: How can we build transformational corporate-NGO partnerships?
Wednesday March 8 2017


With the Sustainable Development Goals (SDGs) having significantly raised the bar regarding ambition and universality, there is agreement that we have to go well beyond business as usual. Achieving breakthrough progress in these rapidly-changing times requires a new mind-set and different behavior from all of us.

"The greatest danger in times of turbulence is not the turbulence; it is to act with yesterday's logic", said Management Educator, Peter Drucker. Are we ready to step up our logic? What role can each of us play to realize the future we want?

As a neutral broker, UNDP increasingly takes innovative approaches to coordinating, connecting and co-creating with partners, globally and locally.

Coordination in a Confusing World

We live in transformational times with dynamics reinforced by globalization and technological progress causing threats and opportunities on an unprecedented scale.

Within this context, multilateral processes are of critical importance for dialogue and coordination to overcome fragmentation and duplication.

As UN Secretary-General António Guterres has stated, “coordination [is] a permanent must: a results-focused, people-centered and delivery-oriented coordination”.

With offices in some 170 countries, UNDP ‘connects the dots’ between actions and actors in both dimensions, horizontal and vertical.

Horizontally, UNDP brings together governments, business, civil society and development partners to exchange on development challenges and opportunities, such as during last year’s UNDP's 50th Anniversary Ministerial Meeting. Leaders from around the world reflected on UNDP’s role and called upon it to be the ‘SDG accelerator’.

Vertically, UNDP connects national and regional development initiatives such as the African Union’s Agenda 2063 with the global SDGs to ensure collaboration and mutually supportive action.

Increasingly, UNDP engages multiple stakeholders in an innovative approach of co-creation in programme design and implementation. Transformational development means that stakeholders dialogue, innovate and explore break-through solutions and partnerships together.

While governments have an important role in setting up frameworks, key power lies also with other stakeholders including businesses and civil society. First and foremost, people are the change agents of their own lives which means that developmental assistance ideally has the role of help for self-help.

For instance, the Preventing Violent Extremism initiative aims at addressing root causes of youth becoming violent extremists, by in-depth consultations with youth, scholars, imams and people working on the ground on these issues. The initiative so far has attracted support of the governments of the Netherlands, Japan, Sweden and the United Kingdom. As one roundtable participant expressed the collaborative spirit “no one can do this alone”, a statement equally true to achieve the SDGs.

This article was adjusted from UNDP Africa Blog and is reproduced with permission.