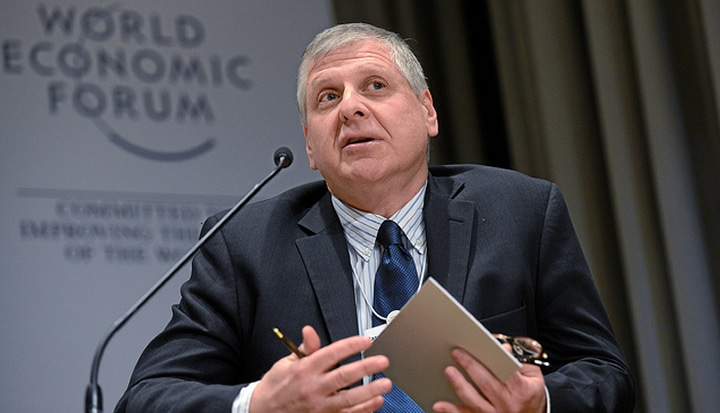 
Has the past month seen real green shoots around engaging the private sector in the struggle to end malnutrition in the world? Perhaps.

The World Economic Forum meeting in Davos was a step change with business and political leaders signing up to the UN Secretary General’s “Zero Hunger” challenge to eliminate hunger in our lifetimes.

I co-chaired with World Food Programme Head Ertharin Cousin “Making Zero Hunger Everyone’s Business”, at which a number of business leaders and donor governments made commitments to join forces to end malnutrition. The UN’s Scaling Up Nutrition (SUN) movement announced commitments from its business network where forty member companies have already signed up to improve nutrition for 127 million people every year by 2020.

For the first time we have a single platform for private sector engagement on nutrition, bringing under one umbrella GAIN’s Business Alliance – the oldest business network on nutrition – and the companies which signed up at the Nutrition for Growth Compact, which David Cameron hosted in London alongside the G8 meeting in June 2012, and the SUN Business Network launched last year. The Co-Chair of the network’s new Advisory Committee Feike Sjibesma, CEO of Royal DSM, announced a target of 99 companies to be on board by the end of 2014.

This is all very positive, but we have a very long way to go. In comparison to other sectors, like agriculture, nutrition is barely at the starting line. I attended a number of sessions of the World Economic Forum’s New Vision for Agriculture which has been hugely successful, mobilizing over US $5.7 billion in new mainly private sector commitments for agriculture and food security in just four years. This compares with just tens of millions USD committed by the private sector to combat malnutrition. The real game changer in the area of agriculture has been the shift from thinking of agriculture as a “development” problem to seeing it as an investment opportunity. We need to find a similar game changer in the nutrition sector so that when we sign up more companies, they are making commitments that will make a significant impact.

For this to happen, and to build on the recent momentum from Davos, we need to address a number of major obstacles that stand in the way of a more robust engagement of the private sector.

First, nutrition is not taken seriously by the largest food and beverage companies. Last year the Gates Foundation, Wellcome Trust and GAIN published the Access to Nutrition Index rating the top twenty-five global food and beverage manufacturers on their commitment to address undernutrition, overweight and obesity, and found that with a few exceptions, most of the companies scored poorly.

Secondly, we cannot escape the reality that many food and beverage companies are fueling an obesity epidemic through the products they produce and the way they are marketed. This is not just a problem of the rich West. Many developing countries face a tsunami of obesity and overweight and have health systems ill prepared to manage the costs.

Thirdly, we continue to have a stalemate around the Code on the Marketing of Breastmilk Substitutes. Breastfeeding is the best intervention we have in nutrition, yet many companies continue with impunity to violate the code which aims to protect breastfeeding and optimal feeding of infants under two. Clearly much more needs to be done to strengthen the machinery to make the code work on the ground, particularly in developing countries where enforcement of the code is a major problem. Activist groups have been unwilling to allow any engagement with these companies to negotiate a resolution, and instead respond with more extreme positions, rejecting any private sector involvement in nutrition with the consequence that many private companies have opted to invest in other less controversial areas.

Against this backdrop, much of the discussion about the private sector’s involvement in nutrition has been focused on issues of transparency, accountability and conflicts of interest-all critical but they also speak to the underlying lack of trust in the private sector.

We need to address these issues head-on and use the platforms that we have built, like the SUN movement, to negotiate among stakeholders a way forward. We should not avoid this discussion because it may be uncomfortable or because we are worried about activist criticism. There are solutions to these challenges, and they will come from different places. Some will emerge at the global level hopefully from the UN system; others will come from placing more pressure on companies by investors, shareholders and consumers. The most likely outcome will no doubt include rethinking regulatory frameworks at the global and national levels, as well as positive and negative incentives to improve corporate behavior. But we need a coalition of key players in the nutrition sector across stakeholder groups and networks to drive this agenda.

While we are waiting for this process to get off the ground, let’s continue to build on all the good will and interest that has been generated. There are a number of first movers and leaders that have stepped up, Paul Polman of Unilever and Fieke Sjibesma of Royal DSM who have made real commitments. Other global companies have come on board like BASF, Cargill, DelAgua, and GSMA (representing the global mobile industry). We need to add to this growing list of global players and identify companies that can make the biggest contribution to reaching our goals.

But let’s not forget that most of the opportunities to engage the private sector in nutrition are at the country level where the markets are dominated by small, medium and some large food producers and where a significant portion of the food on the market is loose and unpackaged. This is where the greatest potential sits to harness the private sector as reveled by a recent meeting convened by the Sun Business Network and the Tanzanian government, which attracted interest from seventy local companies. Interestingly, the issues emerging from this meeting were not those that preoccupy the global nutrition community. Rather they were more focused on building the private sector into the National Nutrition Strategy and integrating nutrition into agriculture investments. We need to engage more directly with the private sector in countries which have signed on to the SUN and support the national agendas and plans for engagement. Facilitating this process will generate the most interest and commitments from the private sector.

Speaking at our meeting in Davos, Justine Greening, the UK Development Minister, made the point that in the case of hunger and malnutrition, it will primarily be the private sector that delivers the solutions. To reach billions who are malnourished, and do it in a few decades, will require the technology and marketing skills of business to be harnessed for the public good. We have a new platform to engage the private sector in nutrition; let’s use it to crowd in more global and national private sector players. But let’s also have the courage to take on the obstacles that have been holding back real engagement with the private sector, some of which have been around for decades. Unless we do this, we will never reach the UN Secretary General’s goal of ending hunger and malnutrition in our lifetime. This is a realistic goal. We have the resources, knowledge and technologies, but we will not get there if we do not bring the private sector with us.