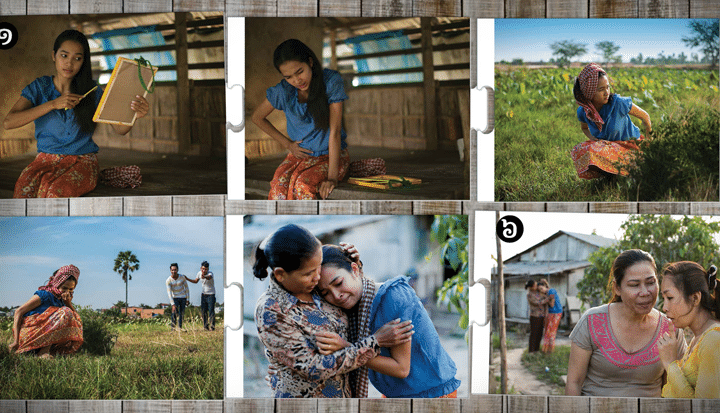 On a Sunday morning, rural villagers gather in the village meetinghouse. A respected member of the local commune committee calls for the group’s attention. She leads them in games and stimulates lively conversations about proper sanitation. People wave fans in the air decorated with colorful photographs and consult one another to solve puzzles. There is laughter, joking and occasionally a little embarrassment. She introduces the village chief, who encourages them to adopt the new ideas they have learned. Inspired and motivated, many wait in line to place their order on a latrine and make a deposit. This is what an innovative behavior change campaign looks like today in rural Cambodia.

Over the past several years, behavior change interventions have become widely used as a tool to increase the prevalence of health-enhancing behaviors. Many questions remain, however, about the best way to design and implement them for the purpose of promoting sanitation. What makes behavior change campaigns effective? How can they be measured? Who should facilitate? How does the audience act on what they learned?

These are some of the questions that fueled a recent investigation into the best way to design and implement a behavior change campaign (BCC) for maximum latrine uptake. In a collaborative effort, iDE, with technical support from the Water and Sanitation Program (WSP) of the World Bank, conducted a one-year pilot to uncover the keys of successful behavior change for sanitation. In this document, we outline our approach to this test, and share a few key takeaways.

To narrow the scope of our investigation, we focused on two questions.

Prior to this pilot, iDE conducted program activities in sanitation market development in Cambodia. Among these activities was a deep dive—a 3-4 week immersion into the lives of the people and communities we want to reach. In partnership with our design lab, inCompass, we gathered insights from villagers, concrete ring producers, masons and retailers. During the deep dive, we uncovered the primary drivers that motivate villagers to act. A desire for status, the safety of women, inconvenience, and satisfying the needs of their daughters were among the top drivers. Improved health was a surprisingly weak motivation, just as it is in the developed world for changing health behaviors such as smoking or exercising.

We partnered with 17 Triggers, a Cambodia-based firm with expertise in behavior change. Together, we developed innovative behavior change tools that are grounded in the user insights described above. According to behavior change theory, people move toward action through a series of triggers. Therefore, the campaign is comprised of two phases designed to yield multiple touch points. Both phases are hour-long interpersonal communications sessions, in which the audience is led by a facilitator through an engaging experience that triggers progress on the path to behavior change.

Many of the games we developed were designed to use community influence as a positive driver of behavior change. Community influences play a large role in shaping individuals’ beliefs. It is important that the experience is fun, social and interactive to support an open and safe space for participants to share and discuss their experiences.

BCC Phase I: This phase focuses on messaging about “losing face without a latrine” and correcting misperceptions on affordability.

Puzzle Game: Participants discuss common scenarios in which not owning a latrine can lead to losing face. Examples include hosting a wedding, raising a teenage daughter, and receiving visitors from the city.

The Price is Right Game: Participants match the correct price with the product. The objective of the game is to show that a latrine is not as expensive as they might think and show that it is more affordable than other purchase priorities such as a motorcycle, cell phone or TV.

BCC Phase II: This phase focuses on messages about the inconveniences of not having a latrine and overcoming common objections to adopting a latrine.

Gallery Walk: Participants react to posters with provocative imagery depicting moments of inconvenience, embarrassment, and disgust. Examples include open defecation during the rainy season, an elderly parent open defecating at night, and a teenage daughter being spied on by men.

Overcoming Objections: Participants voice their objections about why they do not have a latrine. Then they are brought to the realization that all their objections are equivalent to saying that they are content with a life of inconvenience and embarrassment. The facilitator then encourages participants to make a commitment to change their situation and to start using a latrine.

The CCWC was among several government bodies that could potentially act as facilitators of this campaign. We chose them over others for two reasons. They have an existing mandate to facilitate education on WASH topics. And they have a pre-existing network across the nation that can be leveraged for a broader BCC effort. In partnership with 17 Triggers, we developed a program to train, coach, and monitor the government facilitators throughout the one-year pilot period.

Question 1: Will the additional intervention of a behavior change campaign increase latrine uptake?

The behavior change process moves a person further along their individual decision path, which may not involve taking a specific, measureable action. In the absence of a baseline study on attitudes and beliefs, our test cannot report hard evidence of progress. Using anecdotal observation, however, our study recorded a significant transformation of attitudes and beliefs. Overwhelmingly, participants were engaged in the activities, openly discussed a readiness and desire to change, and inquired about how to obtain a latrine for their family.

Access to a desirable product makes it easier for villagers to adopt the intended behavior change. Villagers were presented with two latrine options: the Easy Latrine, and a dry pit. Almost no participants were interested in the dry pit option. Even the extreme poor preferred to save up for the Easy Latrine, which was designed through an iterative process involving users. We concluded that any promotion of a product should be matched with clear information about how to access supply.

Question 2: Is the CCWC a recommended government partner body for implementing this intervention?

The level of training and monitoring required to engage CCWC successfully is comparable to iDE’s experience with sales agents and latrine businesses in the private sector. Although CCWC has an existing mandate to promote WASH education among rural villagers, very few had previous training in facilitation, good hygiene practice, or the causes of disease transmission. Throughout this pilot, CCWC was supported with training, coaching and continuous monitoring, with iDE staff checking in once every two weeks. This intensive support was key to the success of the CCWC as effective facilitators of the intervention.

A behavior change campaign that effectively moves an audience toward latrine uptake requires the following to be successful:

The Water and Sanitation Program (WSP) of the World Bank technically supported this project.