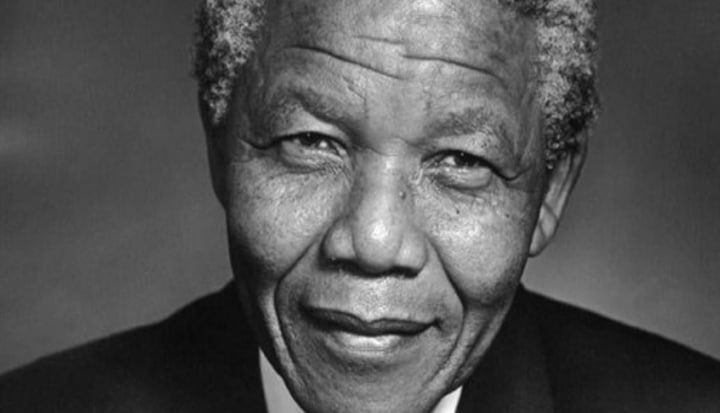 
Millions of us around the world embraced him as our own, and many millions more will be inspired by him for generations to come. Yet perhaps Nelson Mandela's most endearing trait was his humility. His humanity brought people together across traditional divides to build a better world. This week, as we collectively mourn the passing of this giant of history, we reflect on what his legacy can teach us for the future.

We asked a number of individuals from across the business community to share their perspectives.

We at SABMiller were saddened to hear that former President of South Africa, Nelson Mandela, has passed away.

Mr Mandela’s personal and political commitment and contribution to the social and economic development of South Africa is immeasurable, and his legacy of reconciliation and the promotion of multiparty democracy should be an inspiration to current and future generations.

It is unlikely that SABMiller would have been able to grow into the global enterprise that it is today without the transformative changes which Mr Mandela brought about in South Africa politically, socially and economically.

Both personally and on behalf of the more than 700,000 Coca-Cola system associates around the globe, it is with profound sadness that we join the world in mourning President Nelson Mandela’s passing.

President Mandela’s unshakeable belief in the positive, uplifting potential of humanity has transformed not only one nation, but indeed the entire world.

His commitment to fight for what is right leaves a powerful legacy that will inspire generations to come. In his own words, Nelson Mandela reminds us that “man’s goodness is a flame that can be hidden but never extinguished.” May we all contribute to advancing his vision.

There is much I have learnt from Nelson Mandela's example, not least:

This ability to articulate his vision in such a compelling and consistent way enabled a deeply divided country to begin to come together and taught lessons to the World.

The effect of these actions, transformed a nation, showed the world the power of vision and that a single person can bring about massive change.

We need more leaders like Mandela in Africa, leaders who can help us build this new vision of a continent unshackled and powerful, in spite of its history.

Reflecting on Madiba's life I am reminded that:

Not all politicians are the same!

Not all resistance is futile.

Not everyone is motivated primarily by money.

Seeking out the good in everyone, embracing your enemy, can be so effective, it is a wonder so few people have copied this as a political strategy.

Madiba always stressed the importance of the collective, and of his ANC colleagues; if he was an exceptional person, he was also in a team of exceptional people. He was a fiercely loyal comrade, but also a leader who at crucial moments went against the majority and asserted his leadership, before and after he was President.

He taught us how to be. How to fight, how to behave in court, how to turn life in a horrific prison to a learning experience and preparation for Government. Then how to campaign, to negotiate, how to be a President, when to step down, and how to enjoy life and make a massive contribution, as an "unemployed pensioner".

As important as Nelson Mandela has been to us South Africans, he is an equally an important symbol of hope and possibility for all Africans and indeed all humanity.

Perhaps his most critical attribute as a leader was his humility - never seeing himself as more important than any other human being, friend or foe, big or small.

His legacy should be a model of African leadership that represents all that is positive about our great continent, and one that should provide a benchmark for leaders and aspiring leaders around the world.

In terms of Mandela’s impact on Anglo American corporate history, two things come to my mind:

Clem Sunter’s high-road and low-road scenarios for South Africa pre ‘94 when Mandela allowed him and us to believe that the high-road was possible.

And secondly Mandela’s deliberate seeking out of our chief medical officer Brian Brink at some corporate event to support action on HIV/AIDS.

A great mixture of hope and humanity.

Nelson Mandela’s message of peace in a time of conflict changed South Africa and inspired the world. His life stands as a resolute symbol of hope in the face of oppression, and an unparalleled example of the power of reconciliation to heal a nation.

De Beers was only 30 years old when Mandela was born, in 1918. As our business has expanded around the world during the past century, South Africa has remained not just the country of our founding, but the heart of our company. Which is why we are so grateful for all he did to change the future for all South Africans, and introduce a new South Africa to the world.

As we mourn the passing of Mandela, we are heartened to know that his message of peace and reconciliation endures. He is a singular figure in human history, and while we will miss him, his legacy will endure to inspire us and, most importantly, future generations.

My first Ugandan passport had a stamp that read all travel to South Africa prohibited. I recall being curious and even confused as to why this was. My confusion was compounded by the fact one of my relatives and several Ugandan physicians of her time, left the country to go and work in South African hospitals.

It would be several years later that I gathered the courage to ask my cousin why this was and she explained the apartheid policy to me in full. Suitably qualified black African physicians were in short supply in South Africa and as whites did not work in black neighborhoods, she and others had to fill in the gaps.

But that was then or is it? Is this speech, Mandela himself didn’t think that the end of apartheid nor slavery had brought freedom for most in Africa and challenged us to address causes of poverty and free people especially women and children from chains of poverty.

In the letter Eleanor, said she was using the money from her work to buy sanitary towels, which means she doesn’t have to stay away from school during that time of the month if her parents do not have the money to buy her sanitary towels.

The best way for us to honour and remember Mandela is to step up our efforts in addressing such inequality and create an environment in which girls and women have the tools to deal with day to day challenges and work their way out of poverty.

I will always regret not being there at BP's HQ when the great man made a special visit during his 1990 visit to the UK to thank BP for not pulling out during the apartheid years (BP chose to stay and defy segregation employment laws thereby quietly resisting apartheid).

Apparently, as he was leaving the building he smiled and waved graciously to the staff who were crowding the galleries to get a brief glimpse of him – as ever the humble, warm human being the world loved so much.

So if there is one thing I take from Nelson Mandela, it is a shining example of the power of bringing good human values of honesty, humility and forgiveness into the workplace and to be true to those values, rather than leave them at the office reception on the way into work.

I believe this holds true whatever sector of society you choose to work in, be it business, government, civil society or even the media. Mandela was a living example of what another great man wrote "To thine own self be true".

Nelson Mandela made me proud to be a South African and I feel so privileged to have lived out a key portion of my life in the Mandela era.

In my formative years I was not aware of the sacrifice that he had made and even when he was first released from prison I don't think that I fully comprehended the significance of his actions at the time. The then Government did a good job of keeping us sheltered from key information.

I came to fully realise his impact very quickly in the early 1990's. I remember attending a rally not so long after his release and being completely inspired by his grace and his confidence that a miracle was possible to create a unified country in short period of time. And at the same time he was such a normal down-to-earth humble person.

His example definitely inspired my chosen career path and my deep love and belief in my country and my continent. The wisdom that he displayed could only have come from above, as he lived out his massive calling, because it defied logic and yet was readily accepted by the all South Africans. His words and actions will continue to inspire positive change in South Africa and all around the world for the rest of time. Yet his humility would want us not to focus on him but on what he stood for!

Share your thoughts. What did Nelson Mandela mean for you? What lessons can we draw for how to make a difference in the world?