Business on a Mission: How to Build a Sustainable Brand 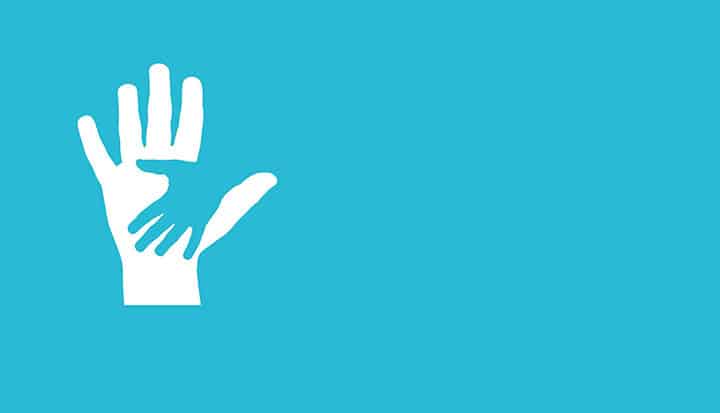 Business on a Mission: How to Build a Sustainable Brand

Readers of Business Fights Poverty have seen story upon story of businesses stepping up their efforts to be a force for good in the world. Yet trust in business and business leaders remains low. Why is this? If businesses are doing more to do good, why doesn’t that translate into increased trust?

The obvious reaction might be to assume that these businesses are engaging in green, or purpose, wash, and the stories about doing good in the world are just that, stories. In which case the public would be right to be cynical and withhold their trust. But that would be to ignore the reality of the very real actions being taken by thousands of businesses to do more good and the social missions many businesses and brands have found. To ignore the fact of businesses’ very real involvement in the setting of the Sustainable Development Goals in 2015, and the results of the recent PWC survey that showed 70% are planning to embed the SDGs in their businesses within five years.

It would also be to assume that the increased transparency forced on business by the internet wasn’t making greenwash and purposewash a very dangerous game indeed. The transparency of the digital age is shining a light into every dark corner: companies who are careless about their environmental impacts are called out; treating workers like slaves is becoming toxic for businesses; ignoring the social impacts of supply chains threatens their reputations and ability to do business.

Believing it’s down to green- or purposewash would also be to believe that the millions of employees across the world demanding purpose and meaningful work aren’t holding their employers to account for delivering on their stated commitments. Greenwash does happen still, and purposewash will happen. But they aren’t the business norm. So why isn’t trust in business increasing?

One reason is that many businesses are shy about talking about the good they’re doing. Some are worried that to do so invites scrutiny of other parts of their business that might not be all they would want them to be. Neither fear should get in the way. It is possible for businesses to talk about the areas where they are doing good while at the same time acknowledging that other parts of the business remain a work in progress. Businesses are complex, impacts are numerous and stakeholders many. Getting things right internally is complicated enough without factoring in supply chains and externalities. So it’s always going to be a work in progress. Acknowledging this, showing the vulnerability that you know you’re not perfect and the humility to ask others for answers, only serves to build trust.

Another reason given for staying quiet about doing good is that it’s somehow not quite the done thing to show off about such things. But to hold back is to leave a vacuum to be filled by stories of companies doing bad. For those stories certainly don’t hide when they’re revealed. For every story of worker exploitation in a Sports Direct warehouse, we need 10 stories of businesses doing good to balance public perception of business. If the good guys don’t speak out, the narrative will always be negative and trust will remain low.

But for those who get over their squeamishness about showing off or their concerns about skeletons in the cupboard, there is a final barrier between being a force for good and improving trust. And that it not being wholly honest about why they’re doing good. For whenever a business – a corporation that generates profits on capital and delivers returns on investments to its shareholders – talks about doing good because it believes in ‘doing the right thing’ or because ‘we believe in giving back to our communities’, something is missing in the story. The public aren’t hearing the whole truth, and they know it. They know that businesses exist to make profits (how else would they be able to pay their salaries?), so their suspicions are alerted when companies don’t give this as a reason for their actions.

Published this December, Business on a Mission: How to Build a Sustainable Brand, explores how purpose and profit can go hand in hand, and how businesses can develop social missions that drive positive social impact alongside positive commercial returns. The following excerpt provides guidelines for how businesses can communicate better to earn trust.

Externally, more open communication helps build trust with NGOs, campaigners and other organisations needed to bring a social mission to life. Businesses who want to partner with NGOs are often asking their new friends to make a difficult journey, from corporate watchdog to corporate partner. This requires some leap of faith. Coupled with the fact that it also requires a change in fundraising models from grants and public donations to corporate funding, it's easy to understand why some NGOs remain wary about fully embracing these partnerships. Highly visible public declarations of intent from business leaders can give them the confidence to do so. For external audiences, the best social mission communications follow three simple rules. They set the long term direction, continue to tell the story of the journey along the way even when things aren’t going according to plan, and are transparent as to the commercial motives.

1. Set the long term direction. Setting and communicating a clear direction for a social mission liberates people throughout an organisation to talk passionately and freely to external audiences (everyone from their friends and family to business partners and the media) about what the company is doing. They can be the company’s best advocates. When Frank Riboud at Danone said that “a company’s raison d’être is its social usefulness” people outside the business knew where the company was headed (and could hold them to it) and people inside the business knew they could talk about the company in this context. When Sir Andrew Witty at GSK said of a flagship social programme that “we are … not looking to make a loss - we need it to be sustainable", the direction the company was travelling in was clear.

2. Tell the story of the journey. A social mission involves tackling big, difficult, long-term issues. These are different to many of the issues businesses typically communicate about. Acquisitions are generally kept quiet until they have been completed; sales results are black and white and announced after the event; appointments and restructures are only announced once they have been finalised. Social missions are different. It’s not possible, or desirable, to wait until everything has been completed before communicating about a social mission. The best communications state the ambition, update on progress, celebrate successes and acknowledge missed targets. Missing targets isn’t great, but it happens in social issues because of any number of complicating factors and externalities. It’s not the same great corporate sin as missing financial targets, where shareholders have made investments based on company projections and forecasts. In the social case, missed targets will still normally mean that progress has been made and people have benefitted. Lessons have to be learned of course and programmes adjusted, but being open about what's not working as much as what is plays surprisingly well with societal stakeholders and a public sceptical of business.

3. Be transparent about the commercial motives. Finally, transparency about the commercial motives of a programme is absolutely critical to winning trust and to the overall success of the programme. Business needs to pursue business objectives if any initiative is to be sustainable. The desire for businesses to address social issues, and the acceptance that this has to involve commercial gain, is only going to grow as the influence of Millennials and Generation Z grows.

Andy Last co-founded salt, one of the first companies in the UK to be accredited as a B-Corporation. He has had a 25-year career in communications and is a regular speaker on the role of business in society. He advises brands and organisations on how they can bring about positive change that combines business results with social progress and developed salt’s Social Mission model to help businesses create sustainable, progressive programmes. He has worked for over a decade on Lifebuoy soap’s award-winning social mission, described as the ‘best social program ever’ by David Aaker, Professor Emeritus at the University of California, Berkeley's Haas School of Business.
Previous postNext post