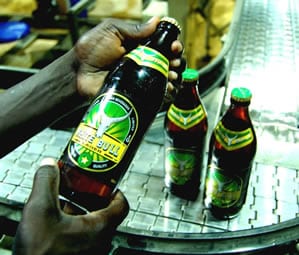 />Given recent news reports about ongoing conflicts in Abyei and South Kordofan, you would be forgiven for thinking that Sudan has little cause for hope, never mind celebration.

However, away from the troubled border regions which are the focus for ongoing conflict, the nascent nation of Southern Sudan is full of optimism and even jubilation as it looks forward to the formal declaration of independence on July 9th.

When SABMiller first entered the country in 2009 we encountered an enormous array of challenges; these ranged from the lack of a legislative framework, little infrastructure through to understanding the complexities of land ownership. But the challenges are not just about ensuring that our own business is taken care of - we want to be part of a society that is vibrant and thriving, both economically and socially.

In addition to employing and training 320 locals, our brewery supplies drinking water to the local community around the pump station on the Nile River and the brewery site and there has been a pipe line installed to the UN compound which provides water to a village en route to the compound.

From a wider economic perspective, agriculture is crucial to development and growth across Africa and South Sudan is no exception. Brewing is an industry that relies on agricultural raw materials and by sourcing some of these raw materials locally, we are able to play a role in developing smallholder farmers and building the infrastructure for agriculture to thrive.

In 2010, following the commissioning of the brewery, SABMiller won nearly US$1 million funding from the Africa Enterprise Challenge Fund (AECF) to introduce an innovative local sourcing model for cassava, which will be used in brewing.

We are partnering with FARM-Africa to implement the initiative, which will bring direct and significant long-term market opportunities for around 2,000 smallholder farmers with dependants and other employment effects ensuring approximately 15,600 people could benefit by 2013.

One of the most important early steps was to build an effective relationship with the new government. We have worked with them to help set up some of the necessary investment frameworks; we felt it was important to be a part of these discussions, because we want to be a responsible corporate citizen in the world’s newest country.

Some of the legislation that has now been put in place covers taxation, intellectual property and investment promotion. In fact, South Sudan has established a ministry of investment which is a rarity, if not unique. This paves the way for new investors, who will be crucial to the country’s continued development.

Many infrastructure challenges remain and no doubt will do so for years to come. Our production facility is 100% self-sufficient; we have our own power generation, water supply, waste water treatment and even solid waste disposal. It is not simply a case of plugging into the national grid, because there isn’t one yet; equally we want to ensure that our waste treatment and disposal is carried out to international environmental standards facilities which don’t currently exist at a municipal scale.

When Southern Sudan celebrates its succession, it won’t change the fact that it is a poor country, or a one that has suffered from decades of conflict and civil war. But we share the optimism of its people; we are excited to be a part of the new nation and to be contributing to its development. We very much hope that our experience will act as encouragement to other companies, whose investments and expertise can play a significant part in the future of South Sudan.