Partnerships for Nutrition and Agricultural Development 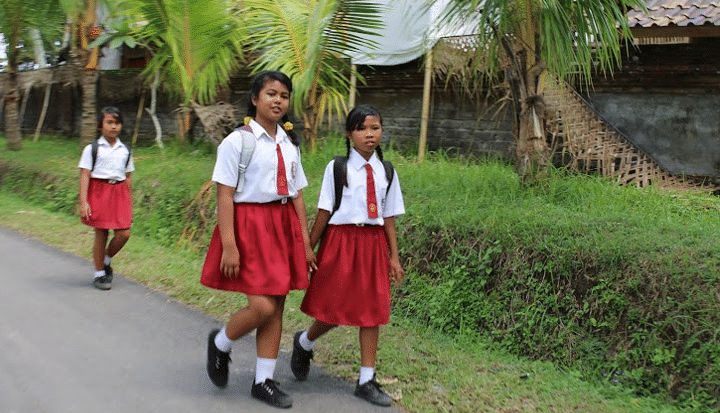 Partnerships for Nutrition and Agricultural Development

These statistics are well known, but they bear repeating. The burden of under-nutrition is incalculable, and the ramifications for children are particularly severe. When a child is deprived of essential nutrients in the womb and during the first two years of life, the resulting damage to physical and mental development can lead to a lifetime of health problems and unrealised potential.

There is not only a moral and social imperative to address under-nutrition, but an economic one. It is estimated that childhood malnutrition will cost the global economy some $125 billion in lost GDP growth by 2030.

It is one of life’s cruel paradoxes that many smallholder farmers, who do so much to help feed their nations, are too often hungry and malnourished. It is estimated that three-quarters of the world’s hungry people live in rural areas. Investing in nutrition through smallholder agriculture is more than a social good. It is sound development policy and good economics.

For years, many in the agricultural sector thought that under-nutrition could be solved by a simple equation: increase agricultural production and incomes, and better nutrition would automatically follow. After all, if you grow more food and earn more money, you can consume more food and nutrients. We now know that income growth alone does not guarantee good nutrition. Despite better yields, higher revenues and greater access to markets, the rates of under-nutrition and micronutrient deficiency remain unacceptably high in many rural regions.

Over the last few decades, we have learned important lessons that have helped us ensure that agriculture – the biggest employer in most of the regions where IFAD works -- contributes to better nutrition. First, there is compelling evidence that women’s education, health, nutritional status and decision-making power have a significant impact on the health and nutritional status of children. Women are the primary care givers in rural households, and when women earn money, they are more likely than men to spend it on food for the family. More than half of the reduction in malnutrition between 1970 and 1995 is attributable to improvements in women’s status and education. Empowering and educating women must be a principal goal of agricultural development.

We put this knowledge to work in Bangladesh, where we partnered with the government and WorldFish to introduce nutrient-dense small fish to poor communities. As part of the project, families were educated on the importance of nutrition, particularly for pregnant women and young mothers. As a result, malnutrition and stunting have been reduced significantly.

Second, we need to address issues of wastage and post-harvest losses so that farmers can make the most from what they grow and reduce the amount of extra food they need to grow. Today, there is no shortage of food globally — the world grows enough. But in sub-Saharan Africa, between 20 and 40 per cent of crop production is lost because of poor processing and storage. We see similar problems in poor rural communities in every region where we work: Asia, Latin America, North Africa and Central and Eastern Europe.

Investing in modern storage facilities means that farmers can keep their produce safe during harvest seasons so that it can be eaten or sold at a later date. We have seen this in Timor-Leste where two-thirds of the population is considered food insecure. More than 60 per cent of the children where we work are chronically undernourished. Low crop productivity has long been a problem in Timor-Leste, but when farmers were first offered high-yield maize seeds, they hesitated. They were already losing 30 per cent of their stored maize every year to pests.

IFAD joined forces with the Timor-Leste Ministry of Agriculture and Fisheries and the Australian government to provide better storage and better seeds, which we expect will increase food availability by 70 per cent. The secure storage also creates an incentive for farmers to adopt higher yielding varieties and should allow them to wait for the off-season when prices are higher. Secure storage also creates an opportunity for farmers to climb the value ladder, moving into alternative income activities, such as producing food for livestock. As this example shows, low production and waste are two parts of a complex, dynamic equilibrium that locks rural people into cycles of poverty. Such complex problems demand systematic solutions and strong partnerships.

Thirdly, we must ensure that knowledge and science serve agriculture. Scientific advances can improve the nutritional value of what we grow. We have seen innovations such as quality protein maize, which offers 90 per cent of the nutritional value of skimmed milk, or the bio-fortification of key crops to address micronutrient deficiencies — such as vitamin A in sweet potato. These are already making a difference to food and security but more needs to be done to help farmers grow and sell a more diverse range of foods. There are more than 50,000 edible plants in the world, but studies show that rice, maize and wheat provide 60 per cent of the world’s energy intake. Several indigenous crops are known to be more nutritious than the ones we eat today, while fruits and vegetables provide micronutrients that are vital for good health. Through science, we can improve the quality of available food, and through education, we can ensure that this translates into better nutrition.

In order to improve dietary quality for people of all ages in a community, behavioural change is necessary. That means there has to be a convergence of efforts and inclusive partnerships so that people have the nutritional knowledge as well as the resources to satisfy it. On a community level, diversified crops, more nutritious varieties and higher incomes may only amount to better harvests in the barn and money in the bank, not better meals on the table and food in children's stomachs. As we have seen, by taking spectrum of actions and increasing knowledge of care and feeding practices, household diets, and the preparation and storage of food, we can turn mere growth into real gain.