Brexit - What Does It Mean for Fairtrade? 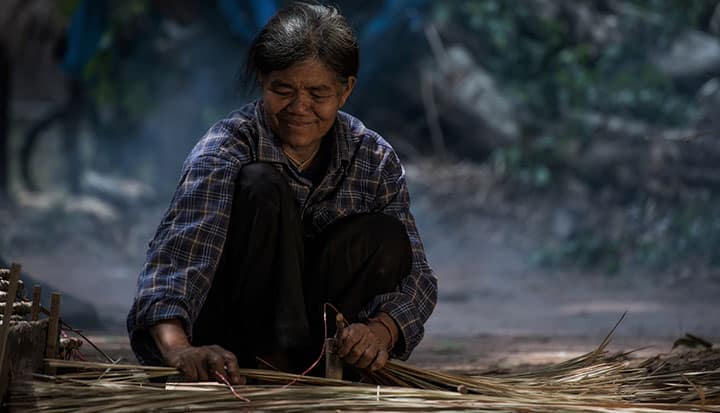 Brexit - What Does It Mean for Fairtrade?


Negotiating our way out of Europe will be a tough and lengthy process. Nobody can predict the exact outcome of the Brexit negotiations, but it is possible to identify those people that could be affected and build scenarios showing how they could be affected. This blog outlines how Fairtrade certified farmers could be affected by Brexit. With these scenarios in mind, Fairtrade institutions and partners can start working to mitigate the challenges and promote positive solutions.

Trade justice for poor farmers lies at the heart of the Fairtrade movement. By providing a ‘fair price’ and extra cash payments for their product, Fairtrade certification can help communities lift themselves out of poverty. But first, their product has to make its way through customs, paying any tariffs due and meeting food safety regulations before reaching the shelf and being bought by shoppers at a competitive price. Can Fairtrade certified farmers’ produce still jump through these hoops in a post-Brexit world?

Today, Fairtrade certified farmers across the world, from Columbia to Ethiopia to India, enjoy low or no tariffs on their products when they enter the UK. This is as a result of a complex web of trade deals and schemes that the EU has made with developing and least developed countries. We know that for the next 2 years, while Brexit negotiations take place, the current tariff structure Fairtrade certified farmers face will remain in place. Following that, a number of different trading arrangements could be possible. The various potential Brexit models have been explained here.

Some of these models could see the UK maintaining its close trading relationship with the EU, for example by joining the European single market. In this scenario, UK tariffs will not change as all countries apply a common external tariff. Other scenarios could see the UK going it alone, for example by concluding a free trade agreement with EU. Here, the UK would continue to offer its European partners free circulation of goods, but the UK would have independent trade deals with the rest of the world. The UK has been the loudest proponent of free trade in the EU, and it would be fair to say that although negotiating as part of the 27 member strong bloc has given it unprecedented negotiating power, having to reach a common position with 26 other countries has held back the UK government's free trade agenda. Given the sheer scale of the UK’s current trading arrangements, it is not possible to renegotiate all trade deals at once. Most likely is that the UK will enact the legislation governing its current arrangements into UK law, and then start re-negotiating from there, with a list of priority countries. In this case, there would be no sudden drastic change for Fairtrade certified farmers as some might fear. Indeed, because of the UK’s free trade agenda, it is unlikely that Fairtrade certified farmers will see tariff increases.

The greatest threat to Fairtrade certified farmers' products reaching UK shelves is the liberalisation, or lowering, of tariffs of their competitor’s products. We highlighted this in an article 6 years ago when the Windward Islands banana farmers saw their competitive edge in Europe eroded by the EU trade deal with major banana producing countries in South America.

The timeline for this would be – at a minimum - four years, if it only takes the UK two years to negotiate its way out of the EU, and if it only takes a further two years to agree an independent trade deal (assuming the UK is negotiating these concurrently). A four-year negotiation would be quite a record considering that the EU-US Transatlantic Trade and Investment Partnership (TTIP) has been under negotiation for three years and is approximately half-way through while the Economic Partnership Agreement negotiations with some African countries have been underway for over a decade.

European farmers enjoy significant subsidies. Indeed, 40% of the EU’s entire budget is committed to farmers. Many view these subsidies as distorting trade and creating unfair competition by making European food artificially cheaper than unsubsidised food from other countries. The majority of the mainly tropical Fairtrade certified products do not compete with many European grown products and may not be directly affected by Brexit. Sugar is the exception.

Experts in Mauritius have raised concerns about sugar production. Manisha Dookhony discusses the scenario in which British farmers, uninhibited by European production quotas, increase their sugar beet production. The greatest fear is that increased sugar beet production in the UK would eliminate the need for imported cane sugar from countries like Mauritius. This concern also extends to all other Fairtrade certified cane sugar-producing farmers exporting to the UK. Only time will tell what ‘post-Brexit’ farming decisions will be made by UK farmers.

The UK has pledged 0.7% of its GDP to international aid spending, independent of the EU. The pledge is unaffected by Brexit, but the value of that pledge has already changed. The devaluation of the British pound that followed Brexit has already wiped £1 billion off the value of this years nearly £12 billion aid budget. Tom Murphy argues that as the economy continues to contract the value of the UK aid budget will continue to fall. Fairtrade certified farmers who have accessed UK aid for agricultural and business development projects would see the pots of money available to them in the future shrink. This may prevent Fairtrade certified farmers from executing their business plans in full, resulting in fewer contracts, and less cash for their communities.

The UK economy has already contracted following the announcement of Brexit. In response, consumer insights company Nielsen predicts that shoppers will change buying habits towards cheaper food. For many people, food ethics are non-negotiable. But in the scenario where the cost of imported food rises and incomes fall, Fairtrade certified purchases may have to be foregone as people tighten their belts.

The impact of Brexit on the UK’s trade policy, food safety regulation, agricultural subsidies, development assistance and consumer behaviour is not entirely predictable. However, the scenarios above have all highlighted one major challenge ahead: competitiveness. As Fairtrade institutions, partners and farmers plan the next five years, increasing the competitiveness of Fairtrade certified farmers should be a top priority to mitigate the potential threats of Brexit.