Breakthroughs in Fertilizer Can Unlock the Riches in the Soil 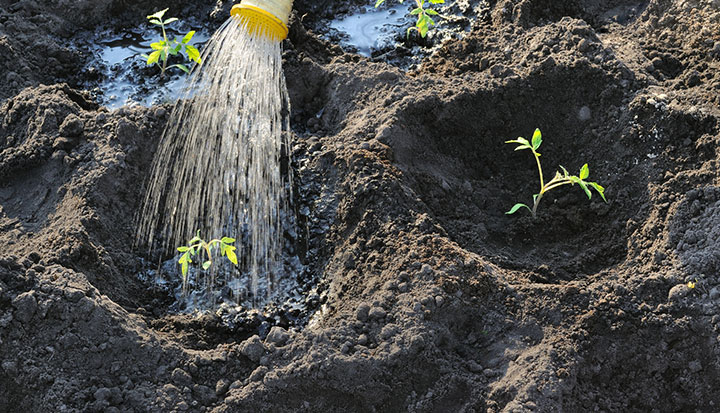 Breakthroughs in Fertilizer Can Unlock the Riches in the Soil


Throughout history, the relationship between a farmer and his land has been symbiotic. As long ago as 6,000BC, Neolithic smallholders in Europe used nitrogen-rich manure to maintain the soil’s fertility, understanding that the land provides but it must also be “fed”.

Later, soil health became so important that countries were prepared to go to war over islands whose only resource was a thick layer of guano (bird droppings) which they then harvested manually and shipped all over the world as fertilizer. And just a century ago, Fritz Haber and Carl Bosch revolutionised farming with their breakthrough method for converting nitrogen from the air into ammonia, which allowed for the production of nitrogen fertilizer, now responsible for around half of all food grown.

We have long understood that we must nourish the land before it can nourish us, and we have been getting better and better at finding ways to replenish these nutrients through constant innovation. Now, on World Soil Day, and as the world reaches a crucial tipping point, we must continue to do so and apply our learnings where they are most needed.

Investments in agricultural technology are pushing to keep pace, having reached a record US$25 billion last year, and are set to grow again this year. The opportunities made possible have opened up the prospect of another “green revolution” – more precise, sustainable and efficient than ever.

And many of these technologies are designed to enable farmers to take greater care of their soil. Among these solutions are precision farming techniques, such as “micro-dosing”, which uses small quantities of fertilizer to target depleted soils. Other innovations, from simple leaf colour charts to sophisticated sensor technologies, allow farmers to monitor the nutrient levels of their crops to track the health of the soil.

Taking such responsibility for soil quality falls under the umbrella of “nutrient stewardship”, which encourages farmers to address the four dimensions of sustainable nutrient management (the 4Rs): using the Right source of nutrients at the Right rate, Right time and Right place.

These principles have been developed to help countries avoid the historical trajectory of fertilizer use efficiency that some industrial countries have experienced: from not using enough (depleting the soil), to over-using fertilizer and, finally, to reaching more precise, high nutrient use efficiency that allows for high-yield production while reducing losses to the environment.

For example, enhanced-efficiency fertilizers control the release of nutrients so they are not lost to the atmosphere or water. In New Zealand, such supplements have increased the total nitrogen uptake by 20 per cent and reduced nitrous oxide emissions by 30 per cent.

With proper nutrient stewardship, developing countries can even “leapfrog” into best practice by embracing this new era of precision agriculture – benefitting from productivity gains while avoiding the cost and inefficiencies of over-fertilization, including unnecessary greenhouse gas emissions.

Africa, for instance, has huge agricultural potential but still uses less than 15kg of fertilizer per hectare, only a tenth of the global average. As a result, 75 per cent of soils are degraded costing the continent $4 billion each year.

Promising nutrient management initiatives are being rolled out across the African continent, tailored for the specific conditions and challenges of each region. For example, in Ethiopia, there are 85 demonstrations and learning sites where farmers can learn more about the 4R principles. Launched in 2014, the project has already shown how yields can more than double compared to traditional farming practices.

The country has also seen success with the pioneering Ethiopian Soil Information System (EthioSIS), which has mapped the fertility of soils across Ethiopia before introducing blended fertilizers to suit specific conditions. When used in conjunction with other improved practices, the project has already seen yield rises of up to 65 per cent.

Caring for the soil to maintain its value is nothing new; it has been in farmers’ instincts for centuries. However, we know now more than ever how best to do so. By implementing the best practices developed over centuries, we can work to guarantee the fruits of the land for generations to come.