Brands, Retailers And The ‘Protect’ Pillar 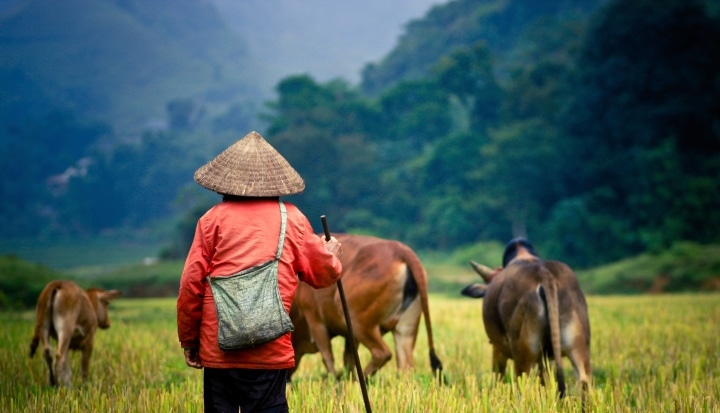 Brands, Retailers And The ‘Protect’ Pillar


16 June 2014 is a significant date – three years since the UN Human Rights Council endorsed the UN Guiding Principles on Business and Human Rights (UNGPs). Also known as the “Protect, Respect, Remedy” framework, it sets out a role for states to protect human rights, for business to respect these rights, and for both parties to engage in remedy. During the past three years, various events, roundtables and online debates have given due attention to how business will uphold the second two pillars. This is necessary work, but we have seen less discussion about what business can do to help states exercise their duty to protect.

Why is this important? Because too often, the failure of the state to fully deliver on its duties will have wider and longer term consequences that cannot be fixed by voluntary codes, or individual corporate or civil society action. I’d like to share thoughts and reflections from our recent engagement with the Cambodian government, which highlight the positive role that brands and retailers can play in supporting the ‘protect’ pillar.

Cambodia’s garment and footwear industry has developed from a standing start to one with more than 500 factories, 500,000 plus workers and annual export value of US $5 billion (the largest export sector in the country). The industry has been supported by preferential trade conditions, initially with the US and now with Europe, which have drawn in global suppliers from China, Taiwan and others in the region. Cambodia forms an important part of many global brands’ supply chains for denim, knitwear and footwear. While the government has had its critics, including from a human rights perspective, the growth of the economy and the changes in Phnom Penh since I first visited there in the late ‘90s are remarkable.

There is concern that industrial relations mechanisms in Cambodia’s garment and footwear industry have not been effective at addressing workers’ wage demands and enabling constructive negotiations over issues such as working hours, lunch and transport benefits. Workers have struggled to exercise their rights to join trade unions and bargain collectively. In January this year, things took a turn for the worse with the death of at least four demonstrating workers at the hands of the police and many more injured. In total, 23 demonstrators were imprisoned without bail. They were convicted in late May, but suspended sentences meant they were free to join their families and friends.

The absence of a trusted and effective mechanism to negotiate minimum wages, the absence of an up-to-date law on trade union activity and the use of force to suppress industrial disputes all relate to the first “foundational” principle under the UNGPs ‘protect’ pillar. This states that: “States must protect against human rights abuse within their territory and/or jurisdiction by third parties, including business enterprises. This requires taking appropriate steps to prevent, investigate, punish and redress such abuse through effective policies, legislation, regulations and adjudication.”

Brands and retailers come to the table

Should international brands and retailers engage with Cambodia’s industrial relations processes and challenges? In the past, there was perhaps a temptation to do nothing and simply see this as a government issue. But most global brands realise that this is not the most effective approach to delivering the predictable stable environment that helps business thrive. In the 24 hour global news environment we now occupy, brands also know that their customers are aware of these issues and expect them to act. Yet we must be clear, it is not the responsibility or the role of brands to directly intervene, offer comment on judicial process, get involved in local industrial relations or direct government policy.

The approach taken was to harness the interest of 30 global brands from North America and Europe, alongside global trade unions, to engage with the Cambodian government and send a strong signal about expectations. A letter was sent to the Cambodian Prime Minister in January expressing this group’s collective concern and requesting an opportunity to meet. This request was granted; brand and trade union representatives met with the Cambodian government in February and again in late May. The Ethical Trading Initiative (ETI) played a convening and advisory role throughout, and I accompanied the group to Cambodia and participated in these meetings. We had unprecedented access to key Cambodian government ministers including a Permanent Deputy Prime Minister. Access to the government at this senior and broad level is both a mark of how important the sector is to Cambodia and a positive signal from the government about its willingness to listen to the group’s concerns.

These brands and unions have been clear that the common aim is to have a thriving garment and footwear sector that is good for workers, profitable for suppliers and a trusted part of global supply chains. At the same time, brands emphasised that continued disruption and actions that call into question the Cambodian industry’s image put pressure on them to review their sourcing strategies. Some brands are already reconsidering their growth projections, while others are reviewing the volumes of Cambodian garments they source. This is both a statement in line with values and a strong commercial signal.

At no point in this dialogue have we attempted to tell the government how to address the challenges they face, or make detailed demands. It is for government and relevant local stakeholders, supported by expert international agencies such as the International Labour Organisation (ILO), to determine the processes needed and produce the desired outcomes that deliver better conditions. Brands were clear that their role was to respect appropriate labour laws and mechanisms, even if this led to higher production costs through wage increases, as this could be accommodated in their planning and support for local partners.

We may never be able to draw a direct line between this dialogue and any positive outcomes that we may see. However, we can say that given the seniority and breadth of the Cambodian government’s delegation and the frank, open and sometimes passionate nature of these conversations, they have heard what brands and unions have had to say. We have also better understood their perspective. Our engagement was also welcomed by the local diplomatic community, which views this initiative as complementary to their own ongoing efforts with government.

A new frontier worth watching

There is a growing realisation that an absence or failure of effective governance plays a significant role in denial of human rights. This applies just as much to the rights of workers enshrined in the core ILO conventions and described in labour codes such as ETI’s Base Code. Our members and others actively work to uphold workers’ rights in their supply chains, but efforts at factory or farm level alone are often not enough to drive long-term, sustainable change. Our collective efforts in Cambodia and other countries are allowing us to understand how to constructively influence the first pillar of the “Protect, Respect, Remedy” framework. This work has the potential to make individual business efforts under the other two pillars more effective. We are learning lessons all the time – it’s a new frontier of corporate social responsibility that is well worth watching.