Boosting the Livelihoods of Dairy Farmers 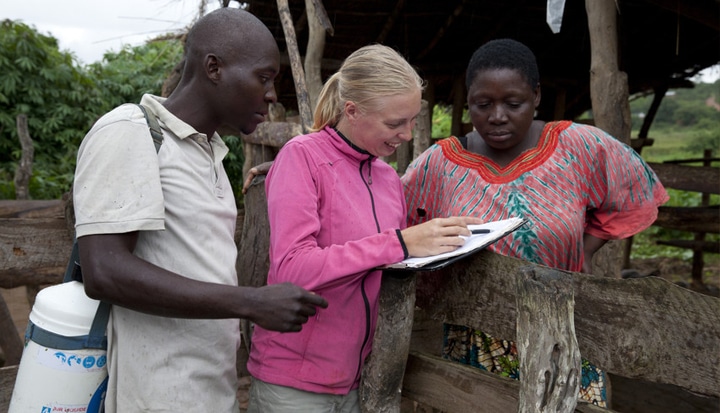 Boosting the Livelihoods of Dairy Farmers

CHALLENGE: What roles should business and others play in enabling farmers to improve their incomes?
Click here for more stories about
Micro, Small and Medium Enterprises
Friday July 17 2015


The final report looks at a five-year market development project in Malawi, funded by Accenture that finished in 2014. The project addressed the bottlenecks and opportunities in the dairy industry in Malawi, where inefficient smallholder production (which accounts for 80% of the domestic milk supply) is contributing to the fact that Malawi has the lowest milk consumption per capita of any country.

VSO harnessed the skills and influence of international volunteers to empower Malawian dairy farmers to achieve a more secure livelihood. VSO’s focus is tri-fold; looking at how farmers firstly produce and then sell milk and finally how both these processes are affected by policies and institutions at different levels of society.

The report shows that it was alignment between these three areas: production, sales and business environment that drove the positive results that emerged. In terms of production, VSO volunteers used their knowledge of animal husbandry to improve the quality and quantity of milk. This was done by instructing extension workers and the farmers themselves on calving intervals to minimise ‘dry’ spells and the appropriate use of drugs and feed.

A sales and marketing expert, Rona Ramos, was placed with one of the four producer associations in Lilongwe to help maximise the profit earned by dairy farmers. She identified that many consumers couldn’t afford to buy milk in the quantities in which they were currently sold and helped the association package smaller quantities which led to excellent 100% increase in customers. Read more about her work here.

Finally, an analysis of the institutional environment in which farmers were making their living showed just how counterproductive some policies in Malawi were. For example, the Milk and Milk Products Act, introduced shortly after independence (which is alarmingly similar to the British Milk Act at the time) hasn’t changed in over 50 years and bans the sale of milk from the farm gate. The irony being that this legislation is stopping the sale of affordable milk, damaging both farmer and consumer.

It’s alarming to see how policy instigated at the ‘top of the pyramid’ can have such a negative or unintended consequence at the bottom. In 2013 President Joyce Banda accepted a structural adjustment loan from the IMF in exchange for de-pegging the currency. The resultant inflation meant that the vital inputs that farmers were importing, such as feed and vaccinations, became dramatically more expensive. With such small profit margins many farmers stopped seeing dairy farming as a viable livelihood.

It’s clear that the dairy market in Malawi is convoluted and beset with inefficiencies, but it’s also clear that there is an important role for skilled volunteers.

Two VSO volunteers were based with the Malawi Milk Producers Association (MMPA) a national body representing different regional associations. The volunteers built strong relationships with the heads of various dairy processors (that purchase milk from the smallholders) and they arranged for an increase in the price offered per litre of milk to farmers, from 50 Kwacha to 68 Kwacha. To read the full report on VSO’s programme in Malawi, please click here.

CHALLENGE: What roles should business and others play in enabling farmers to improve their incomes?
Click here for more stories about
Micro, Small and Medium Enterprises