A New Era of Corporate Statesmanship? 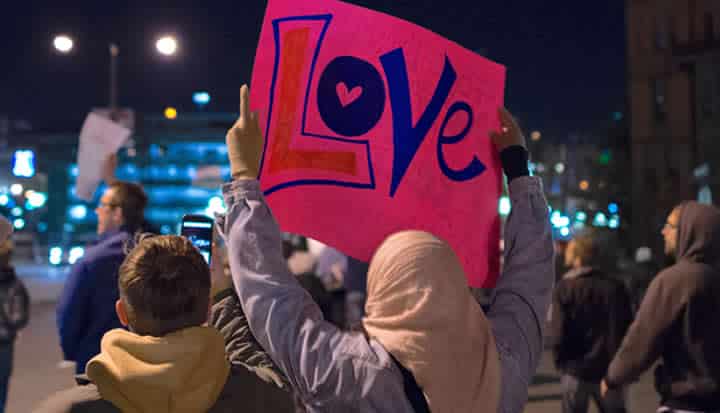 A New Era of Corporate Statesmanship?


It’s been 20 years since my colleague Jane Nelson, Director of the Corporate Responsibility Initiative at the Harvard Kennedy School, introduced her famous “three circles” diagram – suggesting that business could play a positive role in society through core business, social investment, and public advocacy and policy dialogue. In that time, her last circle has received relatively little attention.

That may be about to change.

On January 27, newly-elected United States President Donald J. Trump issued an executive order barring all refugees and travelers from seven Muslim-majority countries from entering the country. Outcry has been widespread. And a remarkable number of companies are making their voices heard.

More than 230 companies have issued statements against the order. For example, The Coca-Cola Company CEO Muhtar Kent issued a statement that said, “Coca-Cola Co. is resolute in its commitment to diversity, fairness and inclusion, and we do not support this travel ban or any policy that is contrary to our core values and beliefs.” Similarly, in a letter to employees, Nike CEO Mark Parker wrote that “[Nike's] values are being threatened by the recent executive order in the U.S. banning refugees, as well as visitors, from seven Muslim-majority countries. This is a policy we don't support."

In his own memo to staff, Citi CEO Michael Corbat wrote that “As a U.S. company and the world's most global financial institution, we are concerned about the message the executive order sends.” He added, “We encourage the leaders of the United States to find the right balance between protecting the country and its longstanding role as an open and welcoming society."

On Facebook, CEO Mark Zuckerberg pointed out that his wife’s family were refugees from China and Vietnam, and declared, “We need to keep this country safe, but we should do that by focusing on people who actually pose a threat. We should also keep our doors open to refugees and those who need help. That's who we are.”

MasterCard CEO Ajay Banga underscored that “What affects one of us, affects all of us.”

Amindst the public statements, employee memos, and media interviews, a handful of companies have appeared to let their advertising do the talking. Anheuser Busch pre-released a Superbowl ad – developed months before the executive order was issued – telling the company’s own immigrant story, in which Adolphus Busch is harassed arriving as a German immigrant in New York. (Unrelated to immigration, Unilever’s skin care brand Dove ran a two-page newspaper ad in the UK containing “alternative facts” about its new antiperspirant.)

Some companies are also taking action in support of their positions. For example:

At the same time, companies appear to be debating how best to engage with the new Trump administration in Washington.

More than 400 New York City tech founders, CEOs and investors signed a joint open letter to President Trump, and according to the Washington Post, Google, Microsoft, Facebook, Apple, and other companies are now drafting a letter of their own.

Apple CEO Tim Cook made the case for engagement after meeting with Trump with other tech CEOs in December. “Personally, I’ve never found being on the sideline a successful place to be,” he wrote to employees. “The way that you influence these issues is to be in the arena. So whether it’s in this country, or the European Union, or in China or South America, we engage. And we engage when we agree and we engage when we disagree.” After the executive order was signed, he said, “In my conversations with officials here in Washington this week, I've made it clear that Apple believes deeply in the importance of immigration — both to our company and to our nation's future.”

But engagement can also have repercussions. On January 28, Uber CEO Travis Kalanick declared on Facebook that he intended to raise the executive order with the President in his first business advisory group meeting the following Friday. But on February 2, he resigned from the group after apparently more than 200,000 customers deleted their Uber accounts, Lyft downloads exceeded Uber downloads for the first time, and he faced what the Washington Post called an “employee revolt.”

As Business Fights Poverty Founder Zahid Torres-Rahman said in a recent piece, “More than ever, we need business leaders to champion the progressive world we want to see.”

It won’t be easy. As the Institute for Human Rights and Business’s Salil Tripathi points out, “CEOs don’t make such decisions lightly. They have many factors to balance.” These include corporate reputation, employee recruitment and retention, consumer reaction, and the possibility of political retaliation. Writing after the World Economic Forum’s annual meeting just weeks ago, former US Treasury Secretary and Harvard University President Larry Summers blogged that that he “understand[s] and sympathize[s] with the pressures [companies] feel,” but expressed his “fear that American business leaders in Davos were legitimating the excessively problematic policy approaches of the new president.” In an op-ed today, he adds that “There are signs that quite a few business leaders are waking up to the dangers for their companies inherent in current trends. So maybe the business community, whose approval the administration craves, will start to pressure the administration rather than simply cheering on tax cuts and deregulation.”

We will see. In an interview with CNN, Ford Motor Company CEO Mark Fields affirmed that he “still [had] a lot of confidence in the president and his policies, particularly around the economy.” But when asked about the repercussions of coming out against the ban, he replied, “I think we’re just going to be a company that lives by its values and let the chips fall where they may.”

As a possible new era of corporate statesmanship gets underway, Business Fights Poverty will be exploring how business can engage most effectively in public advocacy and policy dialogue, balancing the opportunities and risks involved. Is there a role for shared principles for positive advocacy? What are the pros and cons of individual corporate leadership vs. collective action? What role should conveners and intermediaries play?

Please tell us what you think.

Editor's Note: This is a developing story. We are collecting examples of business leadership on refugees, immigration, and other critical issues and invite you to share any that come across your desk.

And please tell us what you think makes for effective business engagement in public advocacy and policy dialogue. We will be exploring this question, as well as strategies for action on specific issues, such as refugees, in future Challenges.

Through our open collaboration Challenges, international companies are coming together with development parters to take action on a range of global issues from improving smallholder farmer livelihoods to empowering women in value chains. To learn more, join or suggest a Challenge, visit: https://businessfightspoverty.org/challenges. If you'd be interested in supporting a current or new Challenge, please get in touch.