Are Intrapreneurs the New Rock-Stars? 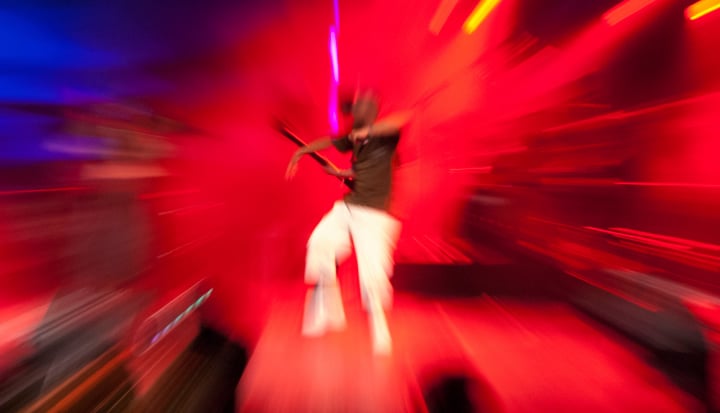 Are Intrapreneurs the New Rock-Stars?


The past few years has seen the emergence of the ‘cult of the entrepreneur’ with growing visibility of entrepreneurs in the media; ‘celebrity’ entrepreneurs such as Sir Richard Branson and stars from shows such as Dragon’s Den in the UK (Shark Tank in the US) are receiving recognition which, in the past, may have been the preserve of Hollywood royalty. But what about intrapreneurs?

An intrapreneur refers to employees who operate as entrepreneurs but within existing businesses. Whilst I’ve never ‘had a proper job’ and always worked for myself I suspect being an intrapreneur must be tough. Balancing corporate bureaucracy, politics, and often conflicting agendas to drive through change which can often carry high risks. But given the potential for corporations to be key agents of driving change it was no surprise that the topic of intrapreneurship was a common theme across a number of discussions at the Skoll World Forum on Thursday, kickstarted by the “Big Business, Bigger Impact: The Pursuit, Peril and Power of Partnership,” session moderated by Bob Annibale from Citigroup.

Bob suggested that being a successful intrapreneur is about “understanding the beast and getting senior support.” Senior support however depends very much on the culture of the organizations in which you are operating. During the afternoon session on Future Proofing Businesses: Beyond CSR, PR, and Charity, we heard from a panel of trailblazers in the field such as Mike Barry (M&S), Marcela Manubens (Unilever) and Feike Sijbesma (CEO of DSM). At the helm of these businesses are visionary leaders such as Paul Polman of Unilever and Feike who asserted that “one of the primary objectives of all businesses should be positive social impact.” With CEOs such as Feike publicly demonstrating his commitment to this arena, it creates permission and gives a direct mandate to intrapreneurs working inside DSM to make that a reality. Unfortunately that is not the case in all businesses.

Many corporations still see social impact as a siloed ‘CSR’ activity rather than a cross-cutting imperative. The corporate mindset inhibits the often risky and entrepreneurial behavior we need to achieve transformative change. However, efforts are being made to create ‘safe spaces’ to push boundaries within some corporations. One of the delegates during the lunchtime session on “Breaking Silos: Partnering with corporate intrapreneurs” talked about Shell’s internal incubator for “Game Changer” projects. He went on to point out that whilst taking the first step for an intrapreneur through experimentation can be hard (prone to risk and failure) the scaling of what works is easier whereas entrepreneurs have the opposite problem – flexibility to innovate, test (and fail) but often a challenge to scale. The key therefore lies in creating win-win-win partnerships between the corporate intrapreneurs, social entrepreneurs and society; no surprise then that “partnerships” was a strong theme of discussions throughout.

When partnerships work well, the outcomes can be remarkable. I have witnessed first-hand the power of an intrapreneur breaking new ground in the form of Simon Devonshire, Director of Wayra Europe – Telefonica’s global accelerator programme. Spotting the burgeoning field of social tech startups in London he struck up a powerful partnership with UnLtd -the world’s largest supporter of social entrepreneurs to create Wayra UnLtd – to accelerate tech businesses with positive social impact. Providing social entrepreneurs with the potential to unlock the power of 300 million Telefónica customers globally is something we need to celebrate and a true example of partnership in action.

Partnership work isn’t necessarily easy. We need to share more examples of success and encourage more to open up to collaboration. I’ve been supporting the work of the World Economic Forum who have looked into this issue of supporting startups to partner with corporates to boost innovation. They have developed a useful checklist for both sides in their report on ‘Fostering Innovation-Driven Entrepreneurship in Europe’ which provides a good basis on which to understand the perspectives of both the corporate and entrepreneur perspective.

All said, it’s clear to me that truly entrepreneurial individuals with the best of intentions working within large corporations for social good need to be celebrated with the view to encouraging more to follow suit. Whilst it’s easy for the media to focus on an entrepreneur pushing the boundaries to achieve their dreams, it’s more difficult to shine a spotlight on the work of an intrapreneur who often is working behind the scenes of a large recognized brand. If things go right, the corporate brand gets the credit for the work; if things don’t go as planned, it’s often the intrapreneur whose job can be at risk.

Why don’t we celebrate the intrapreneurs more? Coming to Skoll has helped me empathize more with the challenges intrapreneurs face and I urge us all to support the intrapreneurial movement. Campaigns such as The League of Intrapreneurs are playing their part in doing this but I feel that the time has come for us to turn the spotlight on these unsung heroes.

Editor's Note: This article was first published on the Skoll World Forum blog, and is reproduced with permission.
Previous postNext post