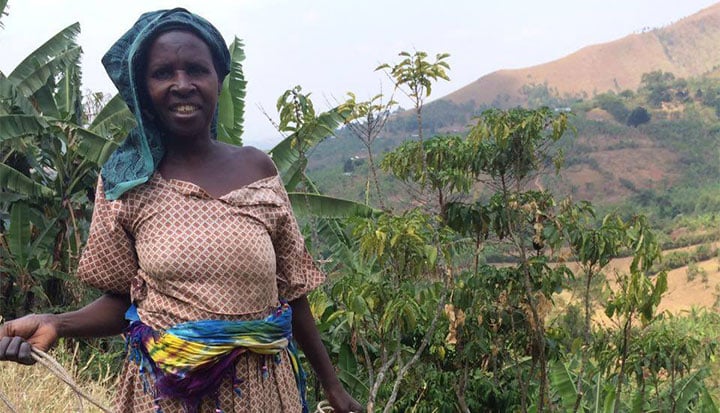 
African diaspora love their heritage countries and most send support in various forms to their families that remained behind. Most send money and it has been noted that remittances to Africa have surpassed Western aid. Beyond sending money, Africans in the diaspora have setup various networks to address issues impacting entire communities back home by mobilizing resources and skills within those networks.

I, and a group of fellow African women in the diaspora joined forces in 2008 to set up Let Them Help Themselves Out of Poverty (LTHT). The organization enables communities to deal with day-day challenges that empower them to become economically active through various interventions. The current interventions are in the village of Ruhanga South West Uganda

After several years of providing social services in Ruhanga, in 2015 we evaluated our work there. It became apparent that we had not focused enough on girls and women and in particular their economic situation. Consequently, we set out to change that by exploring various interventions and in particular how likely such interventions were to improve the livelihoods of rural women.

As part of this exercise, our team visited 61 homes in three villages in the Parish of Ruhanga and recorded basic information about them such as household composition, education level, health, diet, income and expenditure among others. Our baseline survey established that there were women who earned as little as £0.40 pence a month, which is way below the country’s standard living wage.

Following these findings, a discussion with a group of 29 local women resolved that given their levels of expertise, the group would go into micro- poultry farming as there is a ready market due to high demand for eggs and chicken meat in the area.

The women learned basics of poultry farm management, book and record keeping, marketing and profitability, savings and investment skills. The group was also provided start-packs for the business enough to see them through until their businesses started to generate an income.

Today the women are using the skills they acquired to scale their chicken farms but the most inspiring story is that of Night Barema.

Night is a 58-year-old widow whose husband died 25 years ago leaving her with six children to raise on her own. Night didn’t go to school because her father thought that educating girls was a waste of money and instead married her off at the age of 16. Her early years were spent working on the family’s plot of land and raising animals in Ntungamo South West Uganda. She had her first child at the age of 17.

Night heard about our program through a women’s group she belonged to and thought it was an opportunity for her to learn something new and get additional income. Prior to joining the chicken program Night, earned £2.20-£4.00 a month from selling sugarcanes from her garden by the roadside. She spent this money on basics such as soap, salt and sugar.

Through her participation in the chicken program, Night has been able to replace the income from sugarcanes with that from selling eggs and is currently earning £16.17 a month. This income has also enabled Night to buy a local goat so that she can participate in our dairy goat-crossbreeding program.

BRAC, an international NGO has carried out research on the efficacy of interventions such as LTHT’s. What is unique about this intervention however is the fact that it is being delivered by African diaspora women for the benefit of communities back home with specific focus on women and girls.

In Ruhanga, for instance, although BRAC is present in Ntungamo, a nearby town, there are communities so desperately poor and fall under BRAC’s own measure of the ultra poor yet these communities are not part of BRAC’s programme in that area.