Addressing the Sanitation Crisis One Toilet at a Time 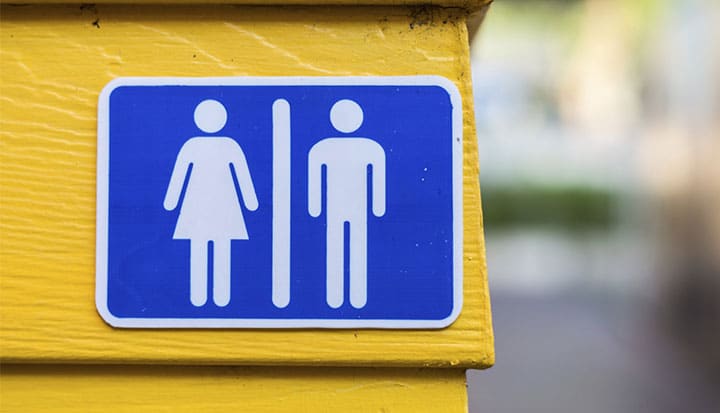 Addressing the Sanitation Crisis One Toilet at a Time


It’s hard to imagine what life would be like without a clean and safe toilet, but this is the reality for 1 in 3 people globally. World Toilet Day, celebrated annually on 19th November, has been a UN recognised day since 2013. It was set up to raise awareness of the health, emotional and psychological consequences endured by those without access to a safe, clean toilet. Lack of sanitation can impact attendance at school, leave females at risk of assault and lead to sanitation related diseases.

2015 is an especially important year to draw attention to the sanitation crisis and do our part to make a difference. In September this year, world leaders signed the Global Goals - a roadmap for global development until 2030 - at the United Nations General Assembly. Improving sanitation is a vital part of these goals and will only be achieved with sustained commitment and collaboration.

With brands that reach 2 billion people every day, Unilever can play an active role in achieving the sanitation goal. We know that there is both a moral and a business case for action. When people gain the benefits of a clean toilet, they demand a cleaner environment. For us this fosters innovation, research and development - much of this aimed at making hygiene and sanitation available and affordable.

This World Toilet Day, our brand Domestos and our partner UNICEF will be shining a spotlight on the impact of inadequate sanitation on children’s education: each year, 443 million sick days are taken by children in the developing world due to unsanitary toilet conditions. That's the same as every child in Britain missing school for 3 months. We hope to put an end to this inequality, and draw attention to how improving sanitation will accelerate progress on the UN’s Global Goals.

We know that to really make a difference you have to offer long-term, sustainable models.

The Domestos Toilet Academy aims to do just this – helping local micro-entrepreneurs to establish businesses to install and maintain hygienic toilets in their communities. Following the success of two academies in Vietnam, the programme is gathering momentum in India, where nearly half of the population practice open defecation. So far 100 local entrepreneurs have been trained to make toilets accessible and to promote the benefits of a clean and healthy environment. The programme has reached over 50,000 people in villages across Odisha and Maharashtra, and activities have expanded to Madhya Pradesh and Bihar.

The Toilet Academies programme is a market-based solution that provides jobs, improves health and well-being, and in the long term, helps to stimulate the local economy. Once established, it becomes a self-sustaining model with minimal further investment required. Getting to scale with these kinds of models will go a long way to achieving the Global Goal of ending open defecation by 2030.

After three years of partnership with UNICEF, 1.32 million people have been reached with behaviour change sanitation programmes. In the 2,000+ communities that are now open defecation free, women have the freedom to relieve themselves without the risk of shame, harassment or attack. 69,000 school children have benefited from Domestos and UNICEF’s sanitation and hygiene education, meaning fewer sick days and more children staying in school. I’m pleased with the progress we’re making, but we can always do more.

Sanitation is one of the world’s greatest challenges - it’s not acceptable that in the 21st century 2.4 billion people have nowhere to go to the toilet. Through our programmes, I’ve seen the real difference we can make first-hand to peoples’ lives, not just putting a band aid on the problem, but by offering long-term sustainable solutions.

This article first appeared on Thomson Reuters Foundation and is reproduced with permission.