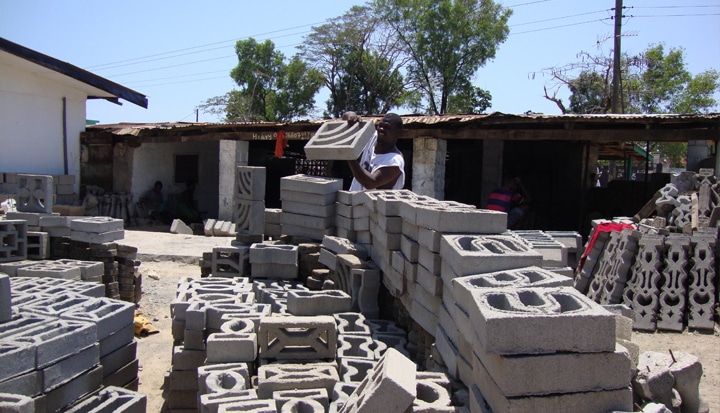 
Liberia is a country that faces many problems. A shortage of entrepreneurs, however, is not one of them. Take Addy Nyemah, a textile trader in the capital Monrovia, for example, or 34 year-old Henry Wellington.

Twelve years ago Henry Wellington started his cement block production business after his grandfather had passed on to him the experience and passion for this profession. The income generated from the business allowed him to finance his studies in accounting at the University of Liberia. In spite of his professional skills and natural business acumen unfortunately Mr Wellington’s business did not proceed as he planned.

A lack of capital prevented him from buying enough cement to meet the demand of his growing customers. As a consequence he was often forced to ask customers to pay in advance before delivering the full order, and this limited the number of potential clients. In 2007, however, CDC made a €3.5m commitment to Access Holdings, a private equity investment vehicle that specialises in microfinance loans to entrepreneurs in developing, emerging and transitional countries that are member states of the World Bank. Thanks in part to CDC’s capital injection Mr Wellington secured a first loan of US$800 from Access Bank Liberia, enabling him to finance his stock and increase his sales. With rising income after the first loan and an excellent repayment record, Mr Wellington was later granted a repeat loan of US$1,400 for a longer maturity. This enabled him to buy more shovels and wheelbarrows for his workforce, which has since increased from 10 to 35. He recently opened a third production point in Sinkor, Monrovia, and is able to purchase higher quantities of cement at a lower price.

Having sold soft drinks for a couple of years in her community, Addy Nyemah started to move into the less volatile and more profitable business of pre-owned bed sheets in Ma-Juah Market (Monrovia). Her business involved buying used bed sheets, cleaning and refurbishing them, and putting them back on the market at a cheaper price than new bed sheets. At first she could only sell a small quantity of sheets, but the money generated from her business allowed her to raise her children, aged 4 and 6 years old, and send them to school. Unfortunately, it was not sufficient to save for the future or substantially expand her business. Thanks in part to CDC’s investment into Access Holdings, Ms Nyemah received a loan of US$350. She increased the number of items on sale for customers and started to sell laces and new curtains with higher margins. A few months later she also opened a savings account with Access Bank and deposited the money she had earned for her family. Today, Ms Nyemah has a solid base of regular customers and a stable source of income.