A Sustainable Garment Industry in Cambodia? 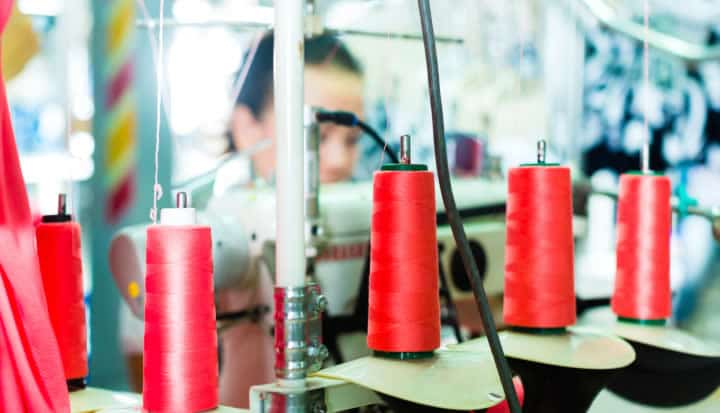 A Sustainable Garment Industry in Cambodia?

Without a doubt, the garment industry is the peg on which Cambodia’s economy hangs: 350,000 young workers are employed in making the shirts and shoes, hoodies and underwear, skirts and jeans found in stores such as Marks & Spencer, Primark, Gap, Zara, Levi’s, H&M, Adidas and Puma.

The big investment push into Cambodia by these multinational players happened in the 1990s, and provided desperately needed income and jobs to a primarily low-educated and female workforce that migrated from rural towns to the capital city of Phnom Penh.

Now the garment industry is the country’s largest exporter (accounting for 80% of exports), worth US$5.5bn annually, with more than 550 factories owned mainly by Taiwanese, Chinese, Korean, Hong Kong and Singaporean companies.

That makes the issue of Cambodian workers’ rights and wages a supply chain issue, rather than a direct workforce issue, for most of the multinational mega fashion and footwear companies. While improving supply chains is something most of the big corporations are tackling via studies, timelines and goals, the on-the-ground situation in Cambodia has increased the risks, both reputational and disruptive, for an industry that thrives on cheap labour.

In 2013 in Cambodia there were 381 industrial strikes recorded. The most violent strike came at the turn of 2013-14, leaving five people dead and many more injured. The Cambodian government is responding with violence against strikers, as well as claiming that the strikers are pawns of the political opposition.

Living for a wage

Cambodia is not the final frontier in fashion’s quest for low labour costs. Multinationals can still transfer their sourcing to even lower wage countries, such as newly opened Burma. Yet Cambodia’s dependence on garment and shoe exports and global consumer and media awareness are pressing both the factories and the fashion brands to take meaningful action.

While environmental issues are important, the crux of the issue is the minimum wage, currently about $100 a month. Corporations have hidden behind the difficulty of defining exactly what a living wage is and talked instead of compliance with Cambodia’s minimum wage laws.

After the New Year protests, some companies, including Gap and Adidas, sent a joint letter to the government urging it to handle protests peacefully and saying that they support the demands of workers for a living wage.

Supplier companies, represented by the Cambodian Garment Manufacturers Association, definitely do not, saying through their representative Ken Loo that multinationals will make factories absorb extra wage costs rather than consumers, or worse start sourcing their goods elsewhere – for example in Burma, which is ramping up a fledgling garment industry.

Fahmi Panimbang of the Asia Monitor Resource Centre, an NGO focusing on labour rights, said she doesn’t expect multinationals to take the lead. She says it is the government that must bump up the minimum wage to about $160 a month, the level that its own internal reports indicate is the “living wage” for garment workers. In addition, the government is responsible for monitoring conditions at factories and enforcing compliance.

“Multinationals are the biggest beneficiaries of Cambodia’s cheap labour force, so we do not see that [they] will take genuine steps for improved Cambodian workers’ rights,” Panimbang says.

There is pressure from other NGOs on both factory owners and multinationals, however, from the International Labour Organisation (ILO), its partner Better Factories Cambodia (BFC) and the Clean Clothes Campaign.

In March 2014, Better Factories Cambodia resumed reporting on local factories’compliance with requirements that improve worker conditions. Just before that reporting, one-third of 51 factories included in the initial database made positive changes, BFC says.

Improvements for workers at factories are urgently needed, as the Cambodian phenomenon of mass faintings has started up again. In early April more than 200 employees at three separate factories fainted – theories from wet paint fumes to bad cafeteria food intersperse with omnipresent poor ventilation, long hours and inadequate nutrition that have been blamed in the past for this seemingly unique Cambodian factory plight.

Jason Judd from BFC says the new transparency reports do push factor owners to pay workers what they are owed – “thousands” he says have already collected proper seniority pay since the disclosures.

Meanwhile the Clean Clothes Campaign recently released a report – called Tailored Wages – reviewing the policies of the 50 largest European clothes companies operating in this supply chain, and found that while half say they support living wages, only four are actually doing anything concrete to make a living wage happen.

“Brands are aware of the living wage and recognise it is something to be included in their codes of conduct and corporate responsibility brochures. [But] disappointingly for most of the brands surveyed this was as far as they went,” says lead report author Anna McMullen.

Max Martin, the global managing director of Impact Economy, an investment and research consultancy headquartered in Lausanne, Switzerland, has outlined “levers” that the apparel industry should use to make the supply chain sustainable.

Tackling worker conditions and turning this young force into an asset rather than just a cost centre are key, he says. Lean manufacturing with its energy efficiency measures is also required along with greening the factories themselves. The last lever is possibly the most important: clothing and footwear companies must embrace the fact that their need to improve supply chain conditions will become more acute as millennials – the demographic group born between the 1980s and the 2000s – with their increased demand for companies to be good and do good begin to rule the consumer roost.

One company (which has no current sourcing in Cambodia) did receive highest marks in the Clean Clothes Campaign report. Switcher of Switzerland was lauded for its creation of a fund to pay an additional 1% on top of the price paid to the factories, money that goes directly to workers.

This 1% turns out to be just a few pennies for an average T-shirt, but Switcher’s novel solution directly increases worker pay. It puts pressure on factories to ensure that the stipend is paid even if management illegally withholds wages, which many have done in the past.

Silvia Racagni, sustainability communications manager at Adidas, says the process for a living wage in Cambodia must build on trade unions’ strength and the government’s transparent actions.

“We are one of a number of brands who have joined with the global trade union in calling on the Cambodian government to institute a methodologically sound and inclusive process for determining the minimum wage,” Racagni says.

She describes a special wage panel that, with advice from the International Labour Organisation, will advise the national ministry of labour and vocational training, which in turn will set up an inclusive process to bring all parties to the table to set the living wage.

“Only through such a system will there be any genuine prospect for a stable and sustainable way to set the minimum wage for the garment sector in Cambodia,” Racagni says. “One that builds on an effective social dialogue within the country.”

Swedish H&M, whose marks in the Clean Clothes Campaign report were above average, has received media attention after its chief executive, Karl-Johan Persson, said that wage hikes in Asia could mean more expensive fast fashion.

But H&M spokeswoman Lina Wall Borgenbring says its “living wage” work won’t have a negative effect on prices to consumers. H&M is working with supplier factories, including one in Cambodia, to “secure a well-functioning organisation for sustainability as well as human resources”, that can be scaled up for most of its suppliers.

While from Cambodian workers’ prospective, pay increases to a living wage level seem to have been a long time coming, it may be that for multinationals the time has arrived when reputational and business flow risk might actually foment real change for the vulnerable humans in global supply chains.

“We are willing to pay more for the products so that the supplier can pay higher wages,” Borgenbring says. “We believe this will lead to more stable production markets, which is very important to our business.”

This article is taken from Ethical Corporation’s 31-page management briefing on Driving Sustainable Business Growth in Asia. If you found the above of interest, you may want to read the full report (for free) as it also focuses further around CSR development in South and South East Asia.

The complimentary management briefing will help you to understand what sustainable business growth actually means and how to make it happen. You will also learn some practical approaches to avoid growth at expense of environmental resources.

The briefing provides with a detailed overview of corporate sustainability development across South and South East Asian countries in 2014. It includes views of some of the leading figures in the region, such as H&M, Asian Pulp and Paper, Greenpeace, Procter & Gamble and The UN World Food Programme.

This blog was previously published on Ethical Corporation and is reproduced with permission.