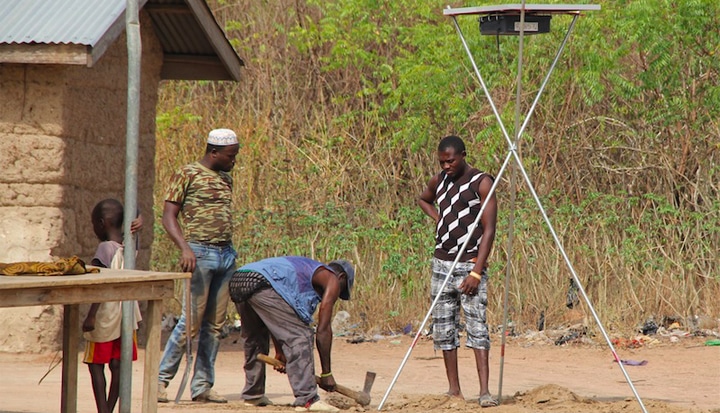 
Editor's note: This is the first of a two-part article on Persistent Energy Partners and its first acquisition in Ghana. In part two, we take a closer look at PEP's first acquisition and its position in the pay-as-you-go solar sector for low-income markets.

In some ways, the business model for delivering products and services to the base of the pyramid is inextricable from the funding mechanism that supports it. There are few industries where that is truer than solar and renewable energy technologies.

The story of E+Co illustrates this point. The non-profit renewable energy impact investor’s demise has been well documented, and has served as a cautionary tale throughout the impact investment community. For those not acquainted with the financial failure and ultimate restructuring of E+Co, here is some quick background.

E+Co was created in 1994 as a non-profit financial institution that invested funds it received from the International Finance Corp. and other development aid creditors into renewable energy companies designed to serve the needs of low-income people in 20 emerging countries on three continents. A little more than two years ago, then-CEO Christine Eibs Singer left the nonprofit she co-founded, and a few months later the company announced it had authorized a restructuring process. The end result was to spin off E+Co’s investments into private equity funds. The African portfolio is managed by a for-profit B-corp, or B Corporation, created out of E+Co named Persistent Energy Partners (PEP). Creditors accepted the plan to cancel E+Co’s debts in exchange for an ownership stake in the company’s African portfolio and in portfolios of E+Co’s Southeast Asian and Latin American investments.

What could have been done differently? What is the best way to structure an impact investing fund – for profit, not for profit, a mix of both? What level of mentoring should investors take on when it comes to working with base of the pyramid startup entrepreneurs?

These were all questions left in the wake of E+Co’s demise in the months that followed. I asked a few of them to Christopher Aidun, the Managing Partner of Persistent Energy Partners who orchestrated the restructuring and birth of PEP. PEP hopes to write a new chapter in investing for impact, particularly when it comes to developing energy access to the BoP across Africa.

Persistent was back in the news late last year after it acquired Impact Energies Ghana (now called Persistent Energy Ghana), which provided solar services to customers earning between $1 and $6 a day. The acquisition announcement gave me the opportunity to speak with Aidun, a former private equity lawyer, who told me he had previously done pro-bono work for E+Co before signing on as the firm’s managing director. E+Co’s board brought him and Dirk Muench, an ex-JP Morgan banker, on to examine the portfolio’s viability when the non-profit began to have financial trouble.

Aidun said when he and Muench evaluated E+Co’s portfolio they discovered that it was seriously overvalued, with investments valued at $30 million that were worth something closer to $15 million in reality. Creditors negotiated with E+Co for ten months over a plan to put the company on solid footing. But the creditors decided that the structural model of the non-profit was untenable, he says.

“E+Co grew up in an era where development institutions and the impact investing world thought that investing in SMEs was the way to go,” Aidun said. “The question really was ‘why didn’t it work?’ It was a question that we looked at closely.”

The answer, Aidun said, was in large part the nature of the investment deals. Most of E +Co’s investments were in the $200,000 to $250,000 range, he said. The picture he paints was one of death by a thousand cuts.

“E+Co didn’t earn enough in management fees and grants to support the size of investment staff needed to manage its portfolio. So even with all of the sophistication of a private equity fund, E+Co was doomed.”

In the summer of 2012, Aidun said a deal was struck with creditors, including the majority E+Co backer IFC, to remain invested with the commitment that E+Co would be restructured as a private, for-profit equity fund as opposed to a nonprofit. They created Persistent Energy Partners Fund I, LLC as a mission-based for-profit, which launched at the end of 2012 as a six-year fund. The Central American and Southeast Asia portfolios were de-coupled from E+Co, and placed into separate equity funds independently managed. The portfolio companies in Africa remained within the Persistent Energy fold.

In tandem with the shift at E+Co there has been, for many investors, a shift in mindset around whether and how solar technologies are truly improving energy access across Africa. Aidun pointed to the Lighting Africa website that shows that only 2.5 percent of off-grid African households have solar lanterns or solar home systems. He also pointed out that E+Co’s most successful solar investments were in companies that abandoned the retail market (think selling solar lanterns), turning instead to institutional solar (think installing solar systems on schools and clinics). The PEP team concluded that selling solar products to off-grid households is not a sustainable, scalable business model for consumers or investors.

Rather, they became convinced that the “killer app” to reach off-grid African households is the Distributed Energy Services Company, or DESCO, model, where businesses install solar home systems or solar microgrids and sell the energy services to residential customers and small businesses. And while East Africa has several DESCOs, such as M-Kopa, Off Grid Electric and Devergy, that are chasing the off-grid energy services model, West Africa has a relative dearth, Aidun said.

“We started thinking ‘nobody’s doing this in a model that can get to scale in West Africa,’ and that’s when we found Impact Energies,” he said. “Impact Energies (was) approaching the market exactly like mobile money, that is, selling energy the way mobile operators sell phone time. Although the potential revenue from each rural household is very small—we model it against the cost such households currently pay for kerosene—the cost of installing solar equipment is low enough that, with a large number of customers, a DESCO can be very profitable. And this market—that is, the kerosene-for-lighting market that DESCOs would displace—is a $10 billion market. We concluded, ‘you can really build this out, it’s possible.’”

This blog was previously published on next billion and is reproduced with permission.