A New Role for the World Trade Organisation 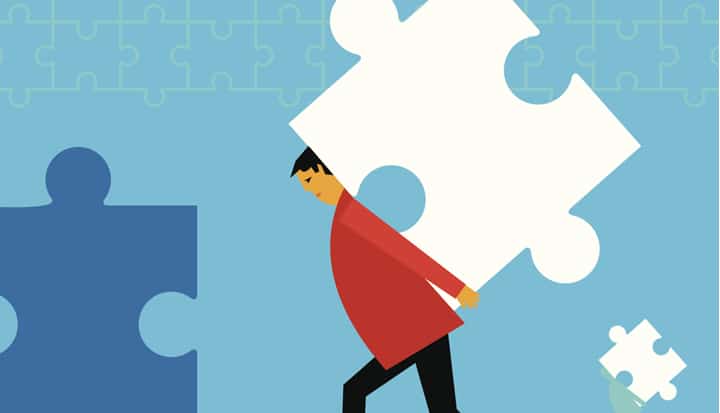 A New Role for the World Trade Organisation


The future role of the WTO will become clearer once its membership returns to the drawing board after this week’s WTO Ministerial (MC9) and reflects on the core functions and capabilities of the WTO within a rapidly changing global economy. Even if agreement on the Bali Agenda is reached, there will be implementation challenges particularly in the arena of trade facilitation which deserve further attention by the WTO permanent secretariat. This blog argues that the new wave of liberalisation agreed under mega plurilaterals and other regional trade agreements (RTAs) will challenge the existing multilateral governance structure for trade. Situating this discussion within the context of global value chains (GVCs) suggests a new role for the WTO in terms of ensuring that such agreements serve as a force for inclusion through enforcing existing rules and developing analyses to better guide the formulation of new rules being developed within these new plurilaterals; this relates particularly to rules of origin and standards.

The successful entry by Least Developed Countries (LDCs) into trade in intermediate goods has often been accompanied by preferential access into developed-country markets (e.g. garments and textile trade in Lesotho and Bangladesh have been helped by access to the US or EU markets). Preferential access has helped to attract investment, which has taken the form of outsourcing production through developing contractual relations between firms across borders or offshoring and the relocation of production from one country to another. As traditional trade preferences (based on tariff margins) have been eroded, there is a need for new thinking on how to better integrate those countries that have been left behind to date within emerging production networks.

One solution could be to view the new wave of mega-plurilaterals (for example, the Trans-Pacific Partnership, the Transatlantic Free Trade Agreement, East Asia Free Trade Agreement etc.), as well as other on-going RTAs (e.g. between the ACP and EU) as a force for inclusion of firms in poor countries rather than exclusion. The deepening of production networks within Asia, and greater integration of poorer countries there, is one driver of their on-going trade negotiations. Although the negative effects on low income countries as a result of the EU-US FTA are expected to be minimal (see Rollo et al, 2013), there is rather less consideration on how such agreements could actually be beneficial. The small print of such agreements, particularly in relation to rules of origin and cumulation with third-party countries could provide one such vehicle. It requires some creative thinking, as well as new analytical approaches, which could be supported by a WTO. Tackling trade costs at the borders is helpful, but informing the private sector so that they understand, can adhere and benefit from the small-print is equally important.

Because governments set the rules for private sector actors, they can in turn influence the relationships amongst firms in GVCs. To some extent, such external governance - ‘external’ because the government is outside of the value chain - of a value chain arguably matters most in part because it affects the bargaining power of domestic producers. This can affect not only relations amongst firms and, therefore, internal GVC governance, but also developmental outcomes more broadly, including through enabling firms to upgrade and obtain a more secure supplier position (which is what most firms aspire to).

Whilst the private sectors actors determine who they trade with, the government sets the rules which can incentivise the inclusion of producers. There are other areas though where governments can only exert an indirect influence and also relates to private standards associated with GVC participation. In such cases, obtaining mutual recognition is not a straightforward or easy process. Governments have more limited levers in place to influence these structures, but they can help to foster dialogue between business communities so as to help to shape win-win outcomes. Analytical support and a focus on the real binding constraints to trade could help to inform such processes. Tackling private standards requires different approaches so as to better garner the support of the business community, but ensuring third-party access to standards agreements and formal negotiation processes can also help.

If, as the latest World Investment Report 2013 by UNCTAD suggests, recent investment flows have been driven by the top TNCs located in developing and transitional countries, this shift may be suggestive of different types of GVC governance. Since these flows are expected to increase and as the emerging economies are also drivers of the new wave of plurilaterals, there is a need to consider new forms of engagement within them. This is so as to ensure the expansion of production networks emanating from emerging markets and regions serve as a force for inclusion for those countries that have so far been left behind of globalisation processes.

A new role for the WTO within the rapidly changing trade policy landscape could include facilitating learning from best practice and providing informed analyses. This could help to better guide the formulation of new rules being developed, as well as ensure that existing rules of best practice are adhered to, as well as enforced.