A Networked Approach to International Development 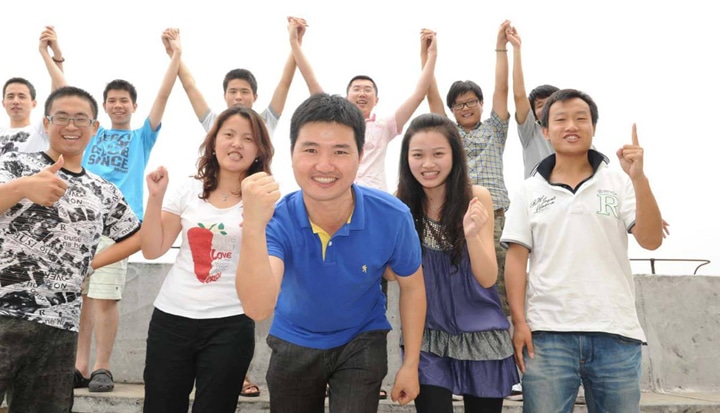 A Networked Approach to International Development


The ever increasing – and much delayed – focus on impact measurement in international development is leading to some hard questions about how best the industry needs to be shaped.

We all know that international development needs to become more responsive to local needs, less dependent on large head offices and in short, more effective.

Bringing more power to national NGOs that are expert in the specific needs and challenges in their own country is of course the right thing to do - no-one would argue it makes sense to centralise decision-making in London, Washington or Geneva. But how best to do this?

I believe that more informal alliances and networks can do this better than large, unwieldly and bureaucratic agencies. But making such informal structures work can be challenging.

At Youth Business International, whose three year strategy was launched earlier this month, we have built a successful network over 13 years, learning the hard way and often stumbling on the right answer by accident.

When I joined Youth Business International as chief executive nine years ago, we were a network in the most traditional sense. We had 20 members, and a small secretariat in London of just three people. Our ability to add value to our members, and by extension, the young people who we exist to support, was at best limited.

Over the last decade we’ve strengthened the centre dramatically, resulting in what we call the network team – a group of 25 professionals dedicated to helping our members support more young people.

At the heart of any network is the exchange of knowledge, and we’ve developed programmes which take insights generated in certain countries and apply them to others.

But getting the balance right between the centre – which absolutely cannot be a head office – and the members is an art, not a science. We’ve certainly made mistakes in the past where the network team has either taken too much control – disenfranchising our members – or ceded too much - resulting in uncoordinated action.

The most successful approach, we have found, is for the network team to take the initiative, and then take the time to consult and adapt. The very thing that is effective about a network - the independence of the members and the lack of a head office - is the very thing that makes a network difficult. Taking time to build consensus around an issue is vitally important, as our members will only support new initiatives if they have co-created them and the benefits to them are very clear.

In early April we launched a new three year strategy for the network, which aims to put us in a position to be helping 40,000 young entrepreneurs to start their own business per year by 2017. We spent months canvassing opinions around the world, developing a strategy which has the support of our members from Saudi Arabia to Spain via China and Canada.

It is not a one-size-fits-all strategy. Certain members will support certain areas, some will identify with others. It is an onerous task trying to get all members to agree with every last detail - better instead to provide the framework and facilitation that enables members to get involved where they are really passionate and can make a difference. Certain members will collaborate on certain issues of their choosing, or coalesce around regional groupings, enabling all that good practice that exists around the world to be shared and applied.

As a network, constant evolution has to be our mantra, and we are moving towards a third iteration of our structure, whereby exchange of knowledge becomes almost second nature.

In an effective network, information does not flow like the spokes in a bicycle wheel, from head office to field offices and back again. Instead, it flows wherever it likes, ending up like a bowl of spaghetti.

This is where an effective network needs to be – messy, organic and ever so slightly out of control. So the next phase in our journey as a network is finding ways to speed up the flow of information, and devolve decision-making to the real experts - our members - so that the centre of the network becomes a facilitator, rather than the author.

We want expertise in one country to be captured, shared, and applied in other countries. We want members to build movements for change through policy initiatives and advocacy campaigns, facilitated by the network team but not led by the network team. We want members to be able to work together on global fund-raising initiatives in a way that enables them to get the support that they need, rather than what we in London might think that they need.

Technology is clearly crucial to this development, and will become more so in the future. But more than that, it is about creating a culture of networked behaviour. This requires that all of our staff around the world feel complete ownership of our strategy, understand their role in delivering it, and know what they can get from colleagues in other countries. This meant that taking nine months to create our strategy was nine months well spent.

Creating a truly networked NGO is slow process – but as a Chinese entrepreneur that we supported once told me, sometimes you have to slow down in order to go faster.