A Chance to See Is a Chance At Life 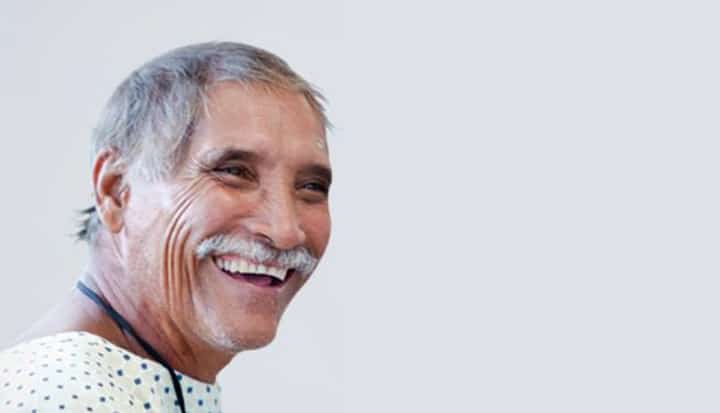 A Chance to See Is a Chance At Life


Public health care coverage in Mexico continues to be low, relative to international standards. While the Mexican government provides traditional health care to the formal sector, in 2004 it created “Seguro Popular” — insurance for low-income, informal/self-employed individuals. Internationally, in 2011 the Organisation for Economic Co-operation and Development average health expenditure per country was 9.3 percent of gross domestic product, but Mexico only spends around 6.2 percent of its GDP on health. Additionally, out of these expenditures, 46.5 percent are out-of-pocket compared to the 19.6 percent OECD average.

Therefore, the link between poverty and health is one of Mexico’s biggest challenges.

Specifically, eye-related health problems are the second leading cause of disability in Mexico, and at the same time, one of the health interventions with the highest cost-benefit ratio. According to a recent study that analyzed the cost-effectiveness of intervention strategies in 101 non-communicable diseases in Mexico, cataract interventions are among the most cost effective of all interventions examined.

Approximately 60 percent of Mexicans have some sort of visual impairment, and blindness has severe economic and social consequences, despite the fact that 50 percent of cases are avoidable by means of cataract surgery. It is estimated that there are currently 2 million untreated cases and 700,000 blind eyes due to cataracts in Mexico.

The annual incidence of eye-related health problems is 300,000, while only 200,000 surgeries were performed in 2011. The incidence rate is expected to rise with an aging population and the increased prevalence of diabetes; Mexico has the second highest rate of diabetes in the world. The cataract surgical rate per million inhabitants (CSR) was 1,720 in 2011. Mexico´s CSR is lower than the Latin-American average and similar to that of countries with a considerably lower income level, such as El Salvador. The minimum level the World Health Organization considers acceptable is 3,500.

In this context, salaUno’s business model plays an important role in filling a major gap in the Mexican health care system. salaUno’s immediate mission is to eliminate needless blindness by reducing geographic, economic and information barriers which prevent patients from restoring their sight, and thus their capacity to enjoy life and produce economic value. salaUno offers a unique value proposition: superior clinical quality, affordability, accessibility and excellence in service for low-income populations.

In 2010, Aravind treated more than 2.5 million patients and performed more than 350,000 cataract surgeries in India. salaUno has replicated and adapted best practices of the Aravind Eye Care model, providing affordable surgeries to low-income segments based on specialization, a high-volume hub-and-spoke patient referral network, cost-efficiency driven by economies of scale and engineering, patient-centered care and a vertically integrated supply chain. It screens potential patients, provides transport to its hospitals and deploys skilled professionals at each stage, thereby optimizing the use of “high-skilled” resources — its doctors. Doctors can focus 100 percent of their time on the actual surgeries and become extremely efficient as they eliminate administration and basic medical tasks that are performed by other skilled professionals, such as nurses and administrative staff.

As an example of its increased efficiency, the Aravind model performs 2,400 surgeries per doctor per year compared to 300 in standard Indian clinics. salaUno surgeons sergeants perform five times more surgeries that the average ophthalmologist in Mexico.

In October 2012 salaUno received a U.S. $250,000 grant from the Inter-American Development Bank’s Opportunities for the Majority Program. The objective of the grant was to support capacity-building and pilot testing of salaUno to reach conditions necessary for large-scale investment readiness and to scale operations. The grant enabled salaUno to test the vision centers model, open salaUno Plus (premium facilities), enhance its IT platform, train doctors in Aravind and pilot marketing campaigns with Wal-Mart. After this investment, salaUno is ready to seek external funding via an innovative financing package that will use equity, debt and grants.

salaUno currently operates one surgical hub, 20 vision centers and outreach activities throughout the valley of Mexico with a total of 83 employees. Within its first two years of operation, the company screened more than 64,000 outpatients and performed more than 5,400 cataract surgeries with complication rates less than half of U.S. and U.K. benchmarks. Eighty-five percent of patients treated are living at the bottom of the pyramid (BoP) and 70 percent of surgeries have been free through cross-subsidies and government/NGO support. The young start-up achieved financial break-even in its second month of operation and in February 2013 became the top cataract surgery provider in Mexico City by volume.

By being able to deliver affordable health care to the bottom of the pyramid, salaUno will help achieve the United Nations Millennium Development Goals. salaUno’s business model tackles poverty and contributes to education and health improvement — cataracts are an impoverishing ailment since you can’t work if you can’t see. In short, salaUno is helping eliminate extreme poverty by giving patients and their families the ability to go back into the workforce and live a fulfilling life.

Javier Okhuysen is the co-founder and CEO of salaUno, which specializes in the diagnosis and treatment of eye conditions in base of the pyramid populations.