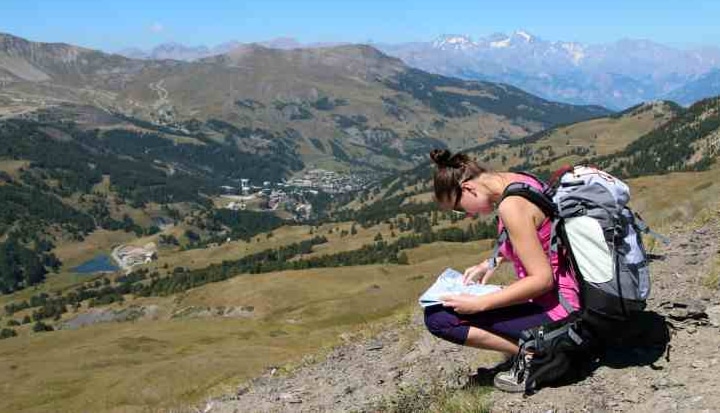 
What do Rosa Parks, Rachel Carson, Lech Walesa and a group of gay men at a New York bar in 1969 have in common with social intrapreneurs?

According to David Grayson, Director of the Doughty Centre for Corporate Responsibility at Cranfield University, they are all change agents – people who pushed against the status quo for a better tomorrow. Though they may not have understood the scale of their impact at the time – history has revealed them as pioneers whose brave acts served as tipping points for human rights globally.

Are social intrapreneurs 21st century pioneers? Will history show this group of corporate change agents as the grit that transformed modern day business from short-term profit seeking institutions to true forces for good in society?

Is this too much of a leap? Can a corporate professional with cushy pension, pay, and perks possibly sit in the same category of a saint like Rosa Parks?

To be sure, the risks that social intrapreneurs take are in an entirely different category. Instead of facing jail time, they face pink slips. Rather than risking their lives, they risk their careers.

But one thing social intrapreneurs have in common with these change agents is that they are all working against powerfully entrenched forces that protect the status quo. And, this can be a lonely and isolating task.

And there is no playbook. No one teaches you how to work against corporate inertia, navigate the intense politics of corporate ecosystems and scale up radical social innovation.

1. Making the Business Case: How to combine the rational with the emotional to win over your decision makers.

‘The Business Case’ is often referred to as the Holy Grail for social intrapreneurs. And it is. But, not in the way some may think. Making an effective business case isn’t just about getting the data and numbers to add up. That’s only a part. The equally important job of an intrapreneur is to make the financial case emotional -- to get senior decision makers to understand the ‘what’ as well as believe in the ‘why’ of your idea. Successful intrapreneurs are ambidextrous in the art of persuasion, effectively tapping both right and left-brain tactics to sell in their ideas.

2. Negotiating the System: How to navigate the intense politics and personalities of the corporate ecosystem.

Most seasoned intrapreneurs will tell you they spend the majority of their time navigating the politics of their organization. Successful intrapreneurs are masters in the art of influencing and engaging people. They know that some situations require stealth, operating under the radar and not being afraid to bend or even break the rules. While other times they must enlist senior champions to offer protection and support. Ultimately, to negotiate the system intrapreneurs need to know the system inside and out – where the influencers are, how decisions get made and who to ally with and how to bring people along.

3. Building Community: How to rally support for your idea near and far.

Driving change across entire systems requires collaboration. No one individual, company or even industry can do it alone. Intrapreneurs must master the art of collaboration – building communities of purpose. The most successful intrapreneurs do this by fostering trust; creating connections at a human level and helping people align around the deeper meaning of their work. Without trust and purpose, collaboration is simply veneer and can easily chip away.

4. Unlocking Resources: How to bring your idea to life on a shoestring budget.

Being resourceful is all about your mindset. It’s about your ability to reframe a problem into an opportunity; the ability to rise above the tyranny of the OR and find “AND propositions” (Collins and Porras, Built to Last). Elon Musk did this with Tesla Motors – showing people that superior performance and environmental performance could sit side by side. Gib Bulloch has done this with Accenture Development Partnerships – opting out of the traditional pro bono and for-profit consulting models to develop a third, social enterprise model within Accenture.

5. Fostering Personal Resilience: How to ensure you not only endure, but enjoy the journey.

Changing a system can take years and even decades. This is not for the faint of heart. It requires investment in your physical and emotional wellbeing to stay in it for the long haul. Most intrapreneurs cite personal networks as key to keeping perspective. Increasingly, intrapreneurs are turning to mindfulness and meditation techniques to help them sustain the journey. Whatever your method, make sure you have daily practices that keep you fired up – because the world needs you as well as your ideas!

By practicing the tips outlined in this toolkit, we’re not suggesting you’ll become the next Rosa Parks or Lech Walesa. But, we do believe that by drawing on the wisdom of those who have come before you and deepening your intrapreneurial capabilities will increase the chances that your change becomes one that history will remember.

Over the coming weeks, we will be diving into the corporate trenches and featuring key tools and tactics that social intrapreneurs are using to drive change from the inside. Stay tuned…

This blog is the first in a bi-monthly Series with The League of Intrapreneurs. Each blog will be accompanied with a live discussion during the week. Maggie will be on the panel of this Thursday's live discussion (3.30 to 4.30 UK time / 10.30 to 11.30 ET).