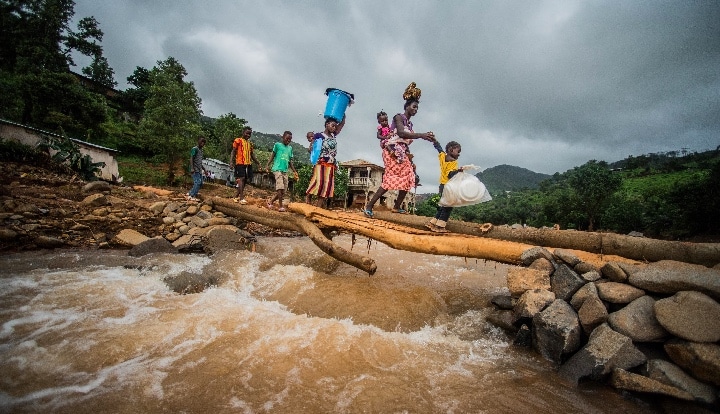 In recent years, Anti-Slavery International has been working with our partners to establish the links between modern slavery and climate change. Research has shown that the impact of climate change is hitting hardest those who are already in precarious positions, such as women, children, indigenous people, and marginalised communities, increasing their vulnerability to modern slavery.

Yet, despite increasing debate on how to protect the world’s most vulnerable people from climate change, modern slavery rarely features in these debates. At Anti-Slavery International, we are working to get this on the global climate agenda, and we call upon the business community to join our efforts. To do so, businesses must recognise, understand and address how their own operations and value chains may be connected to the intersection of modern slavery and climate change. Below, we summarise four of the ways this can occur, and what considerations businesses should have to address this.

What can businesses do?

As explained above, the intersection between climate change and modern slavery is complex and multifaceted. Aspects of it are increasingly recognised by some businesses – such as the use of modern slavery in the renewable industry. Yet the deeper picture, in which companies may be contributing or linked to modern slavery and climate-induced migration, is scarcely understood by governments or businesses alike.

Companies seeking to centre people at the heart of climate justice must consider people’s vulnerability to modern slavery within this action. This requires human rights and environmental due diligence which assesses questions like the following, to identify and address the risks relating to climate change and modern slavery:

These are just the starting points for businesses to consider the intersection between modern slavery and climate change, yet it is urgent that this work begins. The world cannot properly tackle climate change without including efforts to end modern slavery.