Reshaping the business of social change 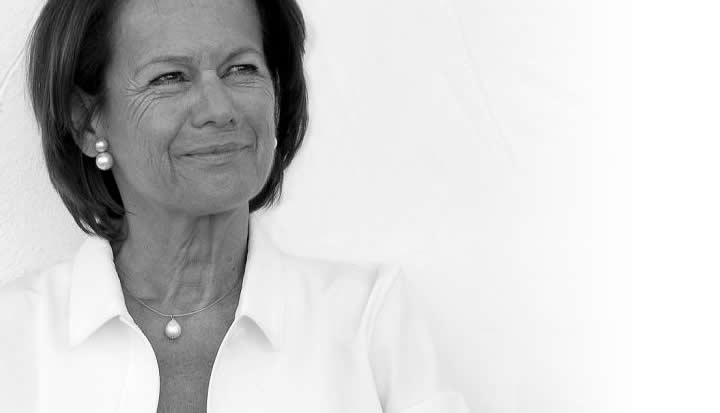 Reshaping the business of social change


My name is Monique Villa and I run an international, award-winning organization in rapid expansion. My mission is to create value. My motto is global impact.

I am CEO of the Thomson Reuters Foundation, the corporate charity of the world’s leading source of news and information. I am a business woman working in philanthropy. To some, this concept is still very difficult to grasp. It’s based on the misconception that charity and business are not meant to intertwine. They are seen as the Cain and Abel of modern times.

I take quite a different approach. To me it’s all about understanding the concept of giving. What does Thomson Reuters give back to society? Why does it do it? What does it achieve? And what does it get back in return?

When I joined the Foundation in 2008, Thomson had just acquired Reuters, grafting its legal, accounting and risk expertise into a news agency known across the world for its outstanding journalism. The new company, Thomson Reuters, had a much wider business scope, burning ambition, and tremendous talent. I saw this as an incredible opportunity for both the business and for society at large.

I thought I was presented with the possibility to catalyze this energy to create something unique, something capable of having real impact across society. For this precise reason I completely reshaped the Foundation’s approach to philanthropy. The problem, I thought, was in the very concept of giving. Why should the Foundation spend its money to buy blankets for an NGO (which was the case) when instead it could offer its expertise to do something with a long-lasting impact?

I looked around me and soon realized that even though the move to strategic philanthropy had begun, many international companies were still stuck into this old concept of giving: giving as a levy. A fat cheque which leaves the company’s coffers to travel somewhere across the developing world neither with a clear destination or a mission.

I have now been leading the Thomson Reuters Foundation for the past five years, giving the organization one ambitious goal: action for impact. The organization no longer gives grants. Instead it has taken the lead in bringing business and society together by offering access to a number of innovative services which use the company’s unique set of skills to trigger change and empower people. It’s a new model, far from the social responsibility mind-set and instead very close to the principles of shared value introduced by Michael Porter and Mark Kramer.

The idea is that profit and social progress go hand in hand, not their own ways. They happen together. There is no reason why a company cannot boost its competitiveness while also creating value within society. For this to happen a change of mindset must take place, along with a complete re-evaluation of the links between global society and global corporate performance. It is very much possible.

I believe the Thomson Reuters Foundation embodies the spirit of shared value. In 2010 I launched TrustLaw Connect, the leading pro bono marketplace to connect the best law firms around the world with high-impact NGOs and social enterprises in need of free legal support. We have made more than 600 connections for legal projects -small and large- and supported over 30 game-changing programs on issues such as social innovation, corruption, human trafficking, land rights and micro finance. TrustLaw has now an extensive global network of over 1,100 members of which 280 are law firms operating in countries as diverse as Afghanistan, Fiji, Paraguay, Uganda, Brazil and Saudi Arabia. This is shared value in action. The fact that our brand is so respected worldwide helped me creating those vital connections between the best law firms and some formidable NGOs and social entrepreneurs in need of legal support. And by doing so, not only have we leveraged our potential, but we have also helped other businesses making it. As a result, TrustLaw generated the equivalent of $25million in free legal assistance in two years, and it continues to successfully spread the practice of pro bono around the world.

In 2011, in the aftermath of the Egyptian Revolution, the Thomson Reuters Foundation set up Aswat Masriya, an Arabic website which provides unbiased and independent political news coverage. Generating over 300 stories a week and expanding its national coverage to include news on women’s rights, the website established itself as an indispensable information tool to help Egypt's difficult transition to democracy. Built up to stay online for the period of just one year, Aswat Masriya secured funding by the Arab Partnership Fund to continue its mission. It hires only local journalists -the majority of which interestingly are women - trained by us. It has now been included in the historical collection of internet materials related to the 2012 Egyptian Elections by the United States Library of Congress.

To this day the Thomson Reuters Foundation has trained over 11,000 journalists worldwide, enhancing ethical and professional standards in journalism across more than 170 countries. We have travelled to the most remote areas of Asia and Africa as well as Eastern Europe, Russia and Brazil to bring our knowledge to local journalists and demonstrate how to report accurately and objectively. Our program has had a major impact in countries experiencing or emerging from political upheaval. By passing our skills onto others, we are shaping free media. We use our experience and track-record as evidence that governments and corporations can and must be held accountable, that journalists must stand for transparency and for the principles of independent, neutral and accurate reporting. We share knowledge. We plant the seed, then leave to watch the progress.

The Foundation’s 25 full-time journalists continue to make front-page headlines by covering the world's under-reported stories, putting the emphasis on humanitarian relief, corruption, women's rights, human trafficking and social innovation. We have exposed famine in North Korea as well as forced marriage and female genital mutilation in the USA. We have covered the human impact of climate change with groundbreaking stories made available also in Kiswahili, Bengali, Hindi, Urdu, Spanish and Portuguese. Our latest poll, The Best and the Worst G20 Countries to be a Woman, reached over 3 million people through Twitter and sparked a vibrant political debate in India in the aftermath of the Delhi gang rape.

In 2012 the Foundation organized the first Trust Women Conference dedicated to putting the rule of law behind women's rights. The event gathered over 350 delegates from all over the world to tackle issues such as human trafficking, slavery, child and forced marriage, FGM (female genital mutilation) and the impact of the Arab Spring on women. The conference, in partnership with the International Herald tribune, generated concrete commitments to action to help women defend their rights. Two Nobel laureates, Aung San Suu Kyi and Shirin Ebadi, opened the two-day event. Speakers included Queen Noor of Jordan, Oscar winning Sharmeen Obaid from Pakistan, and Sima Samar from Afghanistan. We are now working towards Trust Women 2. It will take place in London on December 3-4 this year.

So, what do we get in return? Global impact. I run the Foundation as a business, not as a charitable donor. This strategy allows the Foundation to become a powerful and authoritative force for change around the world. By making sure the Foundation provides services which are always in line with Thomson Reuters’ business strategy, we gain even more credibility in our areas of expertise. We forge business connections and social change at the same time.

This blog was first published on Huffington Post and is reproduced with permission.

Monique Villa is CEO of the Thomson Reuters Foundation, the corporate charity of the world’s leading source of news and information. The Foundation celebrates its 30th anniversary this week with the launch of a brand new website - www.trust.org.