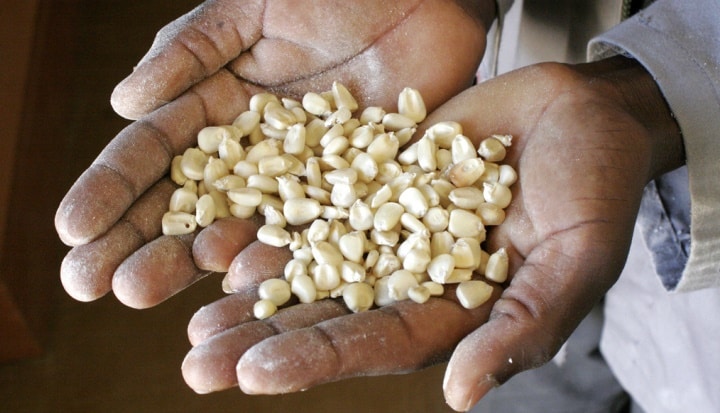 Click here for more stories about
Nutrition
Tuesday May 20 2014

A roadmap for aligning investment in the agricultural and nutrition sectors in Tanzania has been launched to help businesses prioritize engagement in nutrition.

The roadmap, which was developed at the request of the Tanzanian Government and co-developed by GAIN and the Southern Agricultural Growth Corridor of Tanzania (SAGCOT) Centre under the umbrella of the Scaling Up Nutrition (SUN) Business Network, will provide clarity for businesses about where to prioritize engagement in nutrition and set out an agenda for better integration between agriculture, health and nutrition.

The roadmap shows that the agricultural system, which is already reaching rural, agricultural populations with agricultural inputs such as seeds and fertilizers, training and market access programmes, could be more effectively used to deliver nutritious foods and services to these populations. The document followed consultations with small and large, local and national private sector partners, as well as stakeholders from Government, civil society, academia and development partners, and will provide models of business investment which can be replicated not only in Tanzania, but across Africa. It was launched at the Grow Africa Investment Forum, which was convened in the days leading up to the World Economic Forum on Africa.

The roadmap proposes a two-track approach: improving the nutritional status of smallholder families and workers employed in agricultural supply chains, and in parallel exploring opportunities to scale-up the production of more nutritious foods for the benefit of the whole country or region.

Targeting women with inputs, technologies and education to help improve the status of themselves and their families is a common theme through all of the approaches. Women produce more than half of all the food that is grown in the world yet receive just 5% of extension resources such as education and training.[1]

A joined-up approach to business investment in agriculture and nutrition will simultaneously improve diets and food security, and achieve healthier, more productive workforces. In randomized, controlled trials nutrient deficiencies have been shown to have a negative impact on productivity and earning power.[2][3] Iron, iodine, and zinc deficiencies alone are estimated to impact the GDP of a country by two to three percent.[4] In particular, anemia reduction can lead to increased productivity of up to 17%.[5]

“In its capacity as food supplier, and also as an employer, the private sector has the potential to drive major and sustainable impacts on food and nutrition security. Initiatives such as the New Alliance for Food Security & Nutrition and Grow Africa show that there is clear support from global and local businesses to be involved in food policy. However, despite the clear demand to develop these links, the health systems and agricultural systems too often work in parallel, with agricultural policies focused solely on boosting productivity.

“Food security by definition implies an adequate quality of diet. Yet, even when food is in abundance poorer segments of the population may still not have the means to access the nutrients they need. The game changer in agriculture has been the shift from thinking of agriculture as a "development" problem to seeing it as an investment opportunity. We need to see the same shift in nutrition. Investing in nutrition brings a host of benefits such as improved productivity and a healthier workforce, which businesses should embrace.”

Tanzania is a leader in the field of nutrition. As an early signatory and participant in the Scaling Up Nutrition movement, it has demonstrated concrete action to address its high levels of stunting among under-fives and other indicators of under-nutrition. It’s most recent National Nutrition Strategy presented a number of approaches to tackling nutrition including mainstreaming nutrition into agricultural policies. The SAGCOT partnership is now asking investors in Tanzanian agriculture to ensure that their investments are nutrition-sensitive.

“We believe in a partnership approach and acknowledge the role business can play in improving nutritional intake. Therefore the government in collaboration with GAIN and the SAGCOT Centre has taken action to develop this roadmap.”

“The SAGCOT Centre is committed to aligning business investment in the key sectors of agriculture, nutrition and climate around the common goal of improved wellbeing. Private sector is a critical actor in long term sustainable development, and by making sure that business investments in agriculture are also green and nutrition-sensitive, we can ensure a healthy and productive future for the country.”

One response to “Deliver Nutrition Through Agricultural Platforms”