Emerge 2014 - Living with Purpose, and Other Highlights 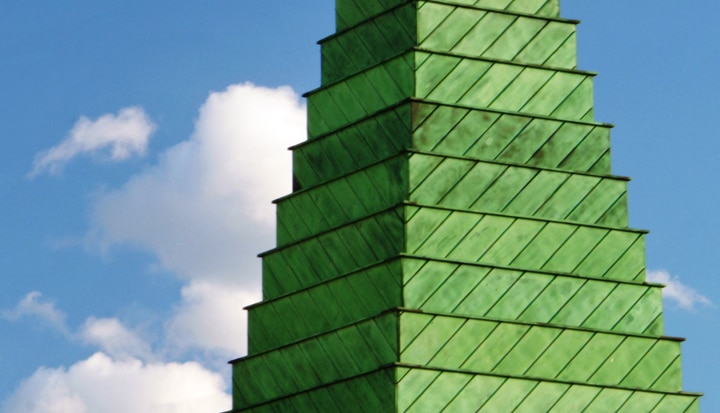 Emerge 2014 - Living with Purpose, and Other Highlights


Great minds from all reaches of the social entrepreneurship realm came together at Said Business School this weekend for an intensive, 2-day conference to discuss some of the arena’s most pressing insights, developments and issues. Lead by Oxford’s Skoll Centre for Social Entrepreneurship, in conjunction with Student Hubs, this year’s Emerge Conference saw several major themes appearing throughout discussions.

Panelists reflected on the changing narrative around the definition of “social” and “impact” and highlighted the need to begin by creating a wider ecosystem that ‘s ready to foster the growth of these initiatives. Participants considered the influence of major trends, from big data to social franchising to the mental health epidemic, before the conference culminated in a social entrepreneurship pitch competition presented by Mustard Seed.

An eager audience was welcomed by an entrancing presentation from I Am Water founder Hanli Prinsloo, who took us through the personal journey with the deep sea that lead her to create her social venture. A longtime freediver, she shared an anecdote around an instance in which, during a particularly deep dive, the world suddenly turned dark, and she thought she’d lost her sight. Internally, she struggled to decide whether she wanted to swim back up and live blind, or whether she wanted to let go. Warning of the largest obstacle she ever faced – the one between her ears – she noted, “The stories I told myself were more powerful than anything going on in the world around me.”

This theme of personal ego, of controlling one’s own thoughts on the road to success, is one that was evident throughout many of the weekend’s sessions. As Prinsloo discussed the “fine line between one’s passion and one’s ego,” keynote speaker Paul Gilding, former CEO of Greenpeace International, captivated us with tales of his life in the Australian military and, eventually, his drive to become an intrapreneur within the Greenpeace organization. “At first, I was driven by ego,” he shared. “Now I ask myself, ‘Is this the biggest contribution I can make, given who I am at this point in my life?’” “Whatever you do,” he warned, “Live life on purpose. Stay on purpose.”

I began day one with a panel on social venturing, where we heard from successful social entrepreneurs. Panelists, including Skoll scholar and current MBA student Jose Miguel Alfaro, highlighted the importance of finding the right team and of immersing yourself in the economies you’re looking to affect before you develop an idea. Surprisingly, both Jesse Moore of M-KOPA Solar and Jackie Stesson of Essmart Global admitted that they never in fact wanted to be entrepreneurs.

“I wouldn’t be here if I hadn’t traveled in Africa,” Jackie admitted. “I wouldn’t have found a problem I’m passionate about.” Jesse expanded on this thought, noting that, “Spending time in emerging markets made me realize the importance of choice. Treating people as customers and giving them options was much more beneficial.”

Following this discussion, I heard from Skoll scholar Patrick Beattie, along with representatives from Meteos and Disruption Ltd, and microfinance expert Guy Stuart. While neighboring groups heard about crowdfunding and INGOs, this panel discussed implications of big data on the social sector, highlighting opportunities for its use in predictive measures, as well as the dangers of privacy, governance and accountability.

While Patrick discussed his experience aggregating diagnostic data in emerging markets through his work with Diagnostics for All, big data was discussed further in relation to financial inclusion, social change and digital disruption. “People get caught up in the idea of big data,” Marloes Nicholls of think tank Meteos very aptly pointed out. “The truth is we’ve had data for ages; there’s just more of it. But more can be detrimental, so we have to have humility about it.

Next I contemplated a panel on opportunities and threats of the 21st century city and one on public intrapreneurship but chose one around social franchising, hearing from Aflatoun founder Jeroo Billimoria, Francesco Piazzesi of Echale a tu Casa and Kirk Harrison of Street League. My biggest takeaway here was the idea of creating an ecosystem of understanding in order to lay the foundation for an expanding venture before taking that leap. “Social franchising is a vehicle which requires you to build everything around it, not just spread an idea,” Jeroo stated.

This concept was reiterated in Sunday’s keynote interview by Harish Hande of Selco India, who warned that, “We’re failing because we’re trying to create Google and the Internet at the same time. We need to create the ecosystem first.”

Sunday morning began with an intense session on impact investing. Geetha Tharmaratnam of The Abraaj Group noted major changes in the business world as the idea of impact investing becomes more prominent. According to Geetha, pension funds in the Netherlands are lightyears ahead right now. Executives from one particular fund, she told us, have shifted their measurements of success. Today they look at measuring both generation of funds and the ability to produce for their stakeholders the world they want to live in when they retire. “This philosophical piece,” Geetha told us, “is about impact investing.”

This, in fact, highlights the changing narrative around the idea of “impact” and “social”. Paul Simon of The Sainsbury Trust told us to “drop this notion of impact” as that word begins to isolate people. He told us to think instead about adjusting the way we speak about this idea. “You need to frame the narrative according to your audience.”

As it turns out, we still have much to learn. Geetha warned us, however, that academia may not be the best place to do so. As the founders of M-KOPA and Essmart discussed, Geetha told us, “Impact does not happen from academia but from rolling up your sleeves and getting engaged.”

Before moving on to some innovative pitches in the social space, Harish of Selco left us with some resonating thoughts. Highlighting the longevity of some of India’s small business owners, he prompted, “There’s something we need to learn from the [poorest] sector about what sustainability means. Have you ever heard of a street vendor going out of business?” According to Harish, we need to “learn from other ecosystems in the social space and begin to adapt accordingly.”

What I took away from the weekend was a deeper understanding of what we face as movers in this space, and a sense of inspiration. This industry is ripe for new ideas, but it belongs to those with sincere passion for the change they wish to enact. I think we’ll be seeing a lot of movement in a relatively short amount of time, and I look forward to the insights we’ll hear at next year’s event. In the meantime, continue to watch this space.

This blog was first published on the Saïd Business School blog and is reproduced with permission.