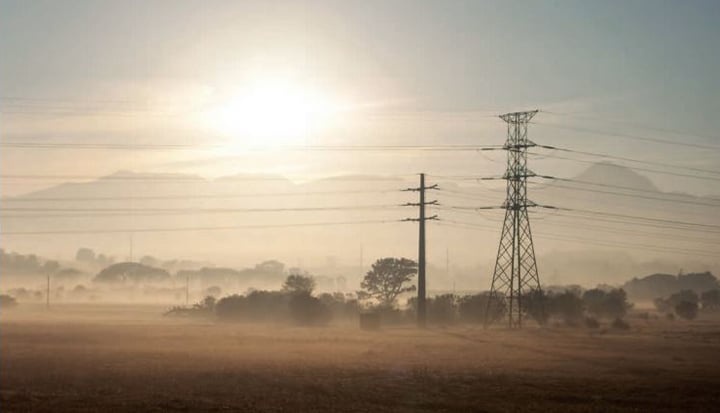 
Just as the ‘Africa Rising’ narrative seemed to be winning out in the international media, the ebola outbreak seems to have reversed a trend towards more positive perceptions of the continent.

Carlos Lopes waited for years for Africa’s narrative to change from the poverty-ridden, fly-specked images of the 1980s and 1990s to something that more accurately reflected the more complex reality of the 21st Century, where demographic and political concerns sit opposite to runaway economic growth. But, gradually, it did. The stories changed to address colossal consumer growth in Nigeria; new hydrocarbon booms in Angola and Mozambique; a return to political stability in Côte d’Ivoire.

“I never thought that the African narrative change was going to be an easy one,” says Lopes, a political economist from Guinea-Bissau who is now the executive secretary of the United Nations Economic Commission for Africa. “I was of course excited that it was populating more and more of the news and getting into the mainstream media.”

He was not, however, confident that it would last.

The tragedy of West Africa’s ebola outbreak, in which thousands have died, has also, Lopes says, might have snapped the continent’s narrative backwards in the eyes of global investors.

“Nobody’s actually talking about the incredible progress that’s been made in Somalia in the past month, including from a security point of view, because that’s not news anymore,” he laments. “People have shifted their attention to where there is trouble. And of course there is always this amalgamation of Africa as one place, rather than a continent. When there is a real messy situation for Ukraine, nobody is going to say it’s going to threaten Spain. In Africa it would be exactly that.”

The World Bank has forecast up to $33 billion in economic consequences from ebola—a figure Lopes disputes—but the longer term effects on sentiment remain to be seen.

According to Ernst & Young’s annual Africa Attractiveness Report, the continent’s perceived attractiveness has risen at striking speed over the past five years, moving to second in the world, behind Asia. These trends have been driven in part by the continent’s economic growth and the gradual transition from economies based purely on the extractive industries towards those with broader contributions from consumer and service sectors, which have attracted new investors towards the continent. However, continuing slow growth in developed economies has undoubtedly played a part, pushing companies and institutional investors to explore frontier markets to meet their shareholders’ demands for expansion, or to meet their liabilities.

Over the past 18 months, international capital market investors have snapped up African eurobonds. Kenya’s $2 billion issue in July was the largest ever south of the Sahara, while Ghana, Nigeria, Senegal and Zambia have all tapped the markets. Even Côte d’Ivoire, which defaulted on more than $2 billion of Brady Bonds in 2011, managed to raise $750 million in a massively oversubscribed eurobond in July 2014. Buoyed by the close of Carlyle’s $700 million fund, private equity fundraising for sub-Saharan Africa has rebounded, albeit not to pre-crisis levels.

Foreign direct investment has increased too. EY figures put the continent’s share of global FDI projects at 5.7 per cent of the world total—a small fraction, but the largest for a decade. Investments and partnerships by multinational brands, including WalMart and Carrefour, have only added to the appearance that Africa’s momentum has overcome companies’ historic understanding of the continent’s risks.

Such optimism might be premature. E&Y’s survey highlights a considerable gulf in opinions between respondents who are already established in Africa and those who are yet to build a presence. Nearly three-quarters of respondents with an established presence said that they believe Africa’s attractiveness improved over the previous 12 months, versus 39 per cent of those yet to invest in the continent.

In fact, the survey found, people already invested in Africa rate the continent as the most attractive investment destination in the world today; those not yet established think it is the least attractive—Africa’s perception deficit is clearly still huge.

“Our anecdotal experience is that companies and people who are familiar with Africa, doing business in Africa, are clearly much more comfortable with the difference between perceived risk and real risk.

“What invariably happens is people who are not familiar with Africa are hearing all of these stories about the Africa Rising narrative… but they’re stuck in a time and space that is 15-20 years out of date,” Lalor says. “Their perception of Africa is starvation, corruption, civil war, poverty, hunger, etc. And those are all still realities in Africa. But it’s not the dominant reality anymore.”

African CEOs themselves are bullish about their continent—a fact borne out by research from PwC, which surveyed 260 heads of African companies, finding that nearly 85 per cent remain confident on the long-term prospects for growth. Nigeria’s richest man, Aliko Dangote, has been expanding his empire across the continent; his compatriot Tony Elumelu has invested in businesses in Eastern and Southern Africa, having built up a pan-African banking franchise from a base in Lagos.

The Ugandan entrepreneur Ashish Thakkar has joined up with the former CEO Bob Diamond to build another African banking group.

Investors in Africa know well that the big picture narratives that are picked up in the press are dim reflections of the reality. It could, some say, be time to chase a more nuanced view of the continent.

“These different narratives simplify a very complex reality,” Ernst & Young’s Lalor says. “There’s no doubt that as we look forward in the next 15-20 years the progress will continue. But it’s not as if Africa suddenly becomes a global economic powerhouse. There’s still a long way to go, there’s going to be volatility, there’s going to be bumps in the road. Africa’s not for short-term investors, that’s for sure.

“Africa remains fast-moving, complex and volatile, like any emerging market region. What is unique to Africa is that it’s so fragmented and so diverse, with 54 sovereign countries,” Lalor says. “You have to pick and choose your markets and you have to sort of stitch them together in a way that makes the whole better than the sum of the parts.”