Impact Investing: Growing Outside the Mainstream 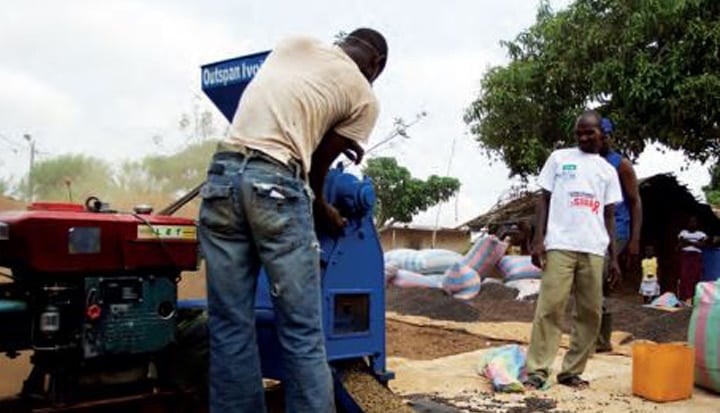 Impact Investing: Growing Outside the Mainstream


A generational shift in investors’ mindsets could drive wider adoption of impact investment, which looks to marry social or environmental outcomes with financial returns.

Tony Elumelu is one of Africa’s most recognisable businesspeople, a regular on the whirlwind circuit of economic conferences that has sprung up as the continent’s growth spurt attracts international investors.

Elumelu, who made his fortune in Nigeria’s banking sector, has also become one of the most vocal evangelists for impact investing, developing an entire think tank and accompanying philosophy – ‘Africapitalism’ – around his assertion that the continent needs a new kind of investor.

At the core of his ideal is the notion that adding a positive social component to mainstream business is fundamental to sustaining the economic progress that the continent has made over the past decade and a half. Unemployment – particularly youth unemployment – is unsustainably high in Africa, which exacerbates inequality and creates social tension, Elumelu says. Business, and successful businesspeople, have a responsibility to create opportunities for young people.

“We owe it to our youth to give them the support they need: capital, mentoring, training. They need to have some hope in themselves. They need to see a future. For me it’s the legacy we must think of leaving behind. It is the minimum that we can do… to create a better future for all of us.”

Elumelu’s Heirs Holdings investment company is now active across Africa, while his eponymous foundation works on creating the conditions – either through lobbying for regulatory change to improve conditions for entrepreneurs, or through funding them. The two institutions are, he says, well aligned.

“That is what Africapitalism is about: the intersection of economic prosperity and social wealth,” he says. “The intersection of making profit and doing good, and not waiting to finish one before you do the other. I think there has been some acceptance and people are becoming receptive to it now. People are seeing that they can make profit whilst doing good.”

Impact investing has emerged over the past few years as an asset class in its own right. The Global Impact Investing Network (GIIN), an umbrella body for the nascent industry, defines it according to four core characteristics: a clear intent by the investor to generate social or environmental impact; an expectation of financial returns alongside the social ambitions; a range of return expectations, from concessionary to market rate; and a desire to measure social performance.

It is this latter characteristic – measurement – which has seen the greatest degree of evolution in recent years. Understanding impact is complex. For decades, the international development industry was reliant on measuring its outputs, such as the number of people trained or projects completed, combined with a qualitative assessment of whether they worked. The science of understanding outcomes, rather than outputs, has moved on considerably, enabling the impact investing industry to develop.

The GIIN has created a set of metrics, the Impact Reporting and Investment Standards (IRIS), which provide a common framework for measuring impact. Several philanthropists have declared themselves converts on the basis of the improved measurement, and the World Economic Forum has begun to push the asset class in earnest, noting that the gradual transfer of wealth from Baby Boomers to new generations with different sensibilities may mean that its principles may be more widely adopted.

Questions do remain, however, over whether mainstream investors – many of whom have adopted environmental, social and governance filters to add a sustainability dimension to their portfolios – will take the next step and graduate into impact investing. To do so would be mean overcoming a pervasive belief that seeking out and measuring impact creates a drag on investment returns.

In those environments – which often offer the greatest returns for brave investors – the additional focus on impact helps to mitigate social risk, he says. “The more you invest in impact, the higher the profits will be. There’s no tradeoff. It’s completely the opposite. In developing countries you work with the population, you don’t work with numbers and screens. When you come with good intentions, they want you to be there. The more we pay attention to the impact issues, the more the population supports us.”

“I believe that in 20 years, or 10 years, every investment will be an impact investment, because investors will want to see what the outcome of their investments are,” says Stibbe. “Philanthropists will move more into the impact sector. Philanthropy is more ‘send your money away’, 100 per cent capital loss.”