Why Water Conservation Can Help Businesses Tap into Global Goals 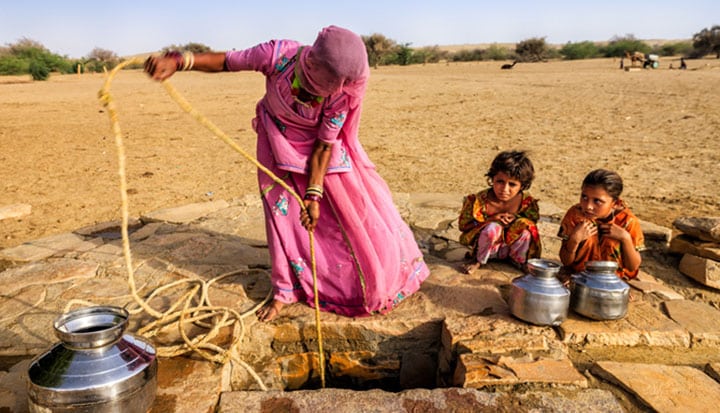 Why Water Conservation Can Help Businesses Tap into Global Goals


Sustainable Development Goal 6 recognises the importance of access to clean and safe water. It’s an issue that’s particularly important in India, where long and short term factors have led to an increase in demand while supplies have been strained. Since the 1930s, water use in India has increased at a greater rate than its population; this, coupled with climatic changes, over extraction of ground water and frequent weak monsoons, has caused a crisis.

Businesses in India, especially those using large volumes of water, therefore have a heightened responsibility to use it in the most efficient way – to ensure there is enough to meet the needs of a rising population, to respond to the conditions imposed by dry seasons and, ultimately, to support the Sustainable Development Goals. Introducing effective water management measures not only mean businesses can have a more positive impact on the environment, they can also provide significant savings.

We’ve been working with Narayana Health – an affordable healthcare provider with hospitals across India – to improve its environmental management, with a focus on water efficiency. Healthcare organisations are typically some of the larger water users, so it’s imperative that they actively seek ways to manage it properly, particularly in water stressed regions.

To understand what the main causes of water consumption were, we started by carrying out water audits and an assessment of a sewage treatment plant at one of its hospitals in West Bengal. This initial work brought immediate results. By preventing water leakages, the hospital estimated it could save more than 10 million litres of water a year, a saving of INR 600,000 (approximately $9,000).

The success of the early work meant Narayana had a mandate to go further and carry out similar assessments at 16 more Narayana hospitals and health centres. They found that a collection of small, simple steps could result in a big difference. Several uncomplicated water efficiency measures were considered and introduced in response. These included installing water saving fixtures like aerators, introducing more efficient taps and flush systems, and increasing the use of harvested rainwater.

More than a year into the programme and we are seeing significant results across the provider’s facilities. For example, based on average monthly water savings, Narayana’s flagship Health City hospital in Bangalore has already saved INR 75.0 lakhs (around $116,000) in 2016; while its Whitefield hospital will likely save INR 4.7 lakhs (around $7,000). On a company-wide level, monthly water consumption across all Narayana’s facilities has reduced by more than 30 per cent, a cost saving of INR 100 lakhs (around $156,000).

Narayana is now targeting further reductions in water use over the next 12 months. The company is aiming to reduce its water consumption by 40 per cent by March 2018.

This work shows that it doesn’t always need to take a lot; a programme of small measures really can go a long way towards supporting the Sustainable Development Goals. As we have seen with Narayana, the SDGs present a huge opportunity for businesses – they mean companies can have a positive impact on the wider environment as well as improving their own performance.