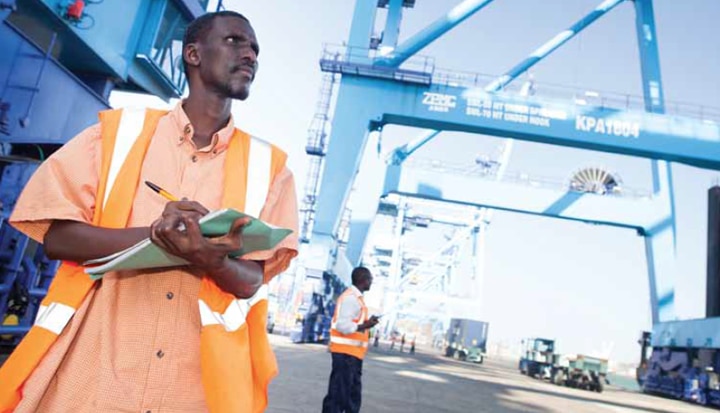 
Over the past decade, we have seen increasing optimism about Africa’s economic prospects and governance. Once derided by The Economist as “the hopeless continent”, the last edition of this publication to focus on the region featured the cover story “Africa Rising”. Record growth rates in many African countries are underpinned by sustained political stability, the emergence of a fast growing middle class. Yet many challenges remain if Africa is to fulfil its extraordinary potential: the entrepreneurial aspirations of its emerging middle class are limited by the availability of risk capital; its agricultural transformation is dependent on financial inclusion; its infrastructure gap can only be closed with massive public and private investment.

International banks can play a critical role in addressing these barriers, by facilitating capital flows into countries where domestic savings and resources are scarce.

However, it is not enough for business to simply acknowledge these challenges and claim they are addressing them. Multinational companies—particularly those in financial services—have developed a huge range of complex metrics and techniques to measure performance, which are used to inform strategic decision making. Understanding a business gives management the tools to improve it.

Since the financial crisis, banks, such as Standard Chartered, have been under considerable scrutiny. Societies are asking justifiable questions about the social function that banks play in developed and developing economies alike. In this context, the bank felt an obligation to understand its own social role, and the role of the wider sector, in its fast-growing emerging markets.

Beginning in 2010 in Ghana, the bank commissioned independent research into the breadth and depth that its business activities had on the underlying economy. That was followed by further studies in Indonesia and Bangladesh, before the bank returned to Africa this year. By examining our impact in Zambia, Nigeria and Kenya, and adding the work we had already completed in Ghana, we were able to build a picture of our impact across sub-Saharan Africa.

As Rene Kim, one of the Partners at Steward Redqueen who worked with Standard Chartered on the report, said at a Business Fights Poverty event on Linking Socio-Economic Impact and Business Strategy this May, there are many challenges in data collection and reporting in Africa—he noted the extreme example of how Nigeria’s economic rebasing, which nearly doubled the country’s nominal GDP, changed many people’s understanding of per capita output and earnings in the country.

Dr Kim explained how the methodology developed by the Nobel-Prize winning economist Wassily Leontief for exploring the linkages within economies can be applied to complex businesses, like Standard Chartered. This has allowed the bank to track how the capital that we mobilise flows through economies.

What this research shows is that financial intermediation enables the productive sectors of these economies, directly creating jobs and opportunities. The growth in manufacturing, agriculture and other areas of the economy cascades down through their supply chains, enabling entrepreneurs.

During the debates at the Business Fights Poverty event, it was highlighted that banks could deepen impact in Africa by catalysing the region’s economic complexity, for example by facilitating greater access to supply chain finance. Economic complexity is a good indicator for future growth at country level, but complexity within a firm, for instance in the highly vertically integrated businesses in Nigeria, can lead to below-potential growth. How can banks unlock potential in Nigeria, and encourage inter-linkages between agriculture and manufacturing in Kenya, which are weaker than expected? These are potentially very constructive areas for policy debate with finance ministries, regulators and international financial institutions.

Economic growth without job creation passes on limited benefits to societies. Understanding how Standard Chartered’s operations currently drive job creation through our clients and supply chains will allow us to reevaluate how we work to maximise this impact.

Roland Michelitsch, Global Head of the Let's Work Partnership at the International Finance Corporation’s Development Impact Department said that the experience within the IFC has been that “what gets measured gets done”.

The IFC has been very active in trying to increase the impact of its lending to small and medium sized enterprises, and improving its understanding of how its activities can be optimised to create more and higher quality jobs in its countries of operation. “Measuring is the first step to strengthening these effects,” Mr Michelitsch said at the Linking Socio-Economic Impact and Business Strategy event.

We already work with many companies and their supply chains in Africa, and are well-positioned to benefit from and facilitate the growth of new channels of growth between emerging markets globally. The potential of trade corridors between Africa and Asia, for example, is huge, and is likely to form the basis of future research on the benefits that our institution can create for our African partners.

Demonstrating that Standard Chartered’s business has a direct and indirect multiplier effect on economies and livelihoods, through research of this kind, allows us to have richer conversations with governments and make the case for opening up economies to investment.

We have taken the findings of our impact report to Myanmar, a country finally opening up after several difficult decades, to demonstrate how important our role as a financial intermediary with access to international capital could be for the future development of that economy.

The findings of our impact report in Africa contribute to our expanding definition of what “sustainability” means. Our concept of being “here for good” has already broadened our view of sustainability beyond environmental factors and corporate social responsibility.

We believe that sustainability means using our core business to contribute to growth in the markets in which we operate; it means behaving responsibly and managing our own governance, ethics and environmental footprint; and it means investing in communities in our host countries.

We are encouraged that we are not alone in thinking in this way. As Richard Morgan, the International Government Relations Advisor at Anglo American, said at the Linking Socio-Economic Impact and Business Strategy event, “I think that most progressive companies today see sustainability as a wider concept.”

Anglo American’s current management, Morgan said, see their role as ensuring that the company is still running in decades to come, meaning that sustainability is at the core of their mandate. Anglo American have worked with consultants to develop their own methodologies around understanding, explaining and improving their impact in order to strengthen their social license to operate in their host markets.

Reports such as ours are powerful reminders for everyone within our business to keep in mind that, although we tend to think of our stakeholders as the people who we pay, and who pay us—governments, clients, shareholders—the societies that host us are stakeholders too.

This article is based on a 2014 Series event hosted by Standard Chartered on 20 May 2014 on "Linking Socio-Economic Impact and Business Strategy".