Microfinance over the last 10 years: Reflections and suggestions for the future 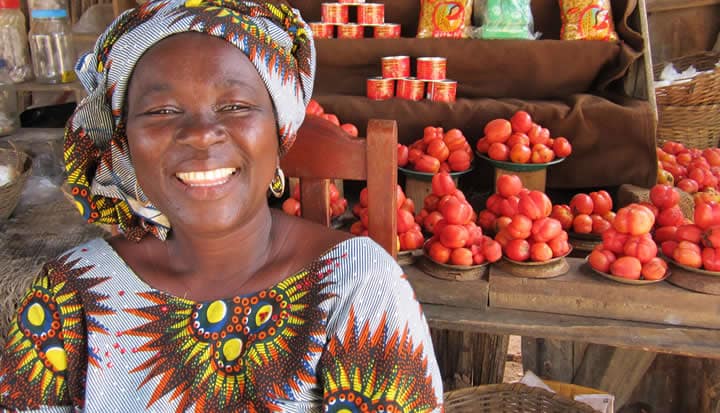 Photo: © Lendwithcare.org. Marcelline has now received two loans from lendwithcare, which are enabling her to develop her grocery business and in turn support her family.

Microfinance over the last10 years: Reflections and suggestions for the future

The UK's All Party Parliamentary Group on Microfinance recently celebrated 10 years' of raising awareness of microfinance and the role it can play in reducing poverty. At an event, hosted by CARE International, Dr Ajaz Khan (lendwithcare.org's Microfinance Advisor) reflected on the last 10 years and made some suggestions for the future.

Since the All Party Parliamentary Microfinance Group was started 10 years ago, although I am sure the link is coincidental, microfinance has become much more widespread and received increasing recognition – the United Nations proclaimed 2005 as the year of microcredit, one of the pioneers of modern microfinance Muhammad Yunus and Grameen won the Nobel Peace Prize in 2006 and perhaps the ultimate accolade of all, as my children pointed out, in 2010 microfinance was featured on an episode of The Simpsons.

As it has grown though, microfinance has also come under increasing scrutiny and its benefits questioned. We have had much cause for reflection and, for those of us that come to microfinance from a development background, some soul searching as well. What have we learned from our accumulated experiences and what needs to be done to make microfinance more effective? To begin with, I think there is a lot of agreement on some of the main issues:

Firstly, our experiences have shown that when poor people have access to a range of appropriate financial services – such as secure savings, fairly priced loans, insurance, money transfer, and advice and training provided by institutions possessing a strong social development mission, that is when microfinance is properly provided – poor people can and do improve their lives.

Secondly, despite the fact that microfinance has grown so much (it is now a $7 billion dollar a year business), only a small fraction of the world’s poor have access to financial services - more the 2.5 billion people in developing countries stillface financial exclusion. In most low-income countries more than two-thirds of the population have no access to formal financial services, and financial exclusion is highest among the world’s poorest, that is those living on less than $2 a day.

And thirdly, we know that there are limits. Simply increasing the provision of microfinance is not necessarily beneficial and in certain circumstances it might even be harmful. Therefore, given that there is now such a wide range of institutions involved in microfinance with differing objectives, methodologies and products, we need to give far more consideration to the types of microfinance we encourage and support.

Looking forward to the next 10 years, how might the All Party Parliamentary Microfinance Group and those of us who are practitioners and investors best support the development of the microfinance sector? Well, with the ultimate aim of strengthening the ability of microfinance to improve poor people’s lives, might I be bold enough to suggest that there are several areas that merit our collective attention:

How might we best achieve all this? Well, I think it would be a significant step forward if promoting financial inclusion formed part of the new Millennium Development Goals from 2015 (perhaps a timely reminder since our government is, perhaps even at this very moment, discussing what these goals will look like). Why should financial inclusion rank so highly? Well because the people who make most use of microfinance are small businesses. Small businesses account for almost half of all employment in developing countries, and their growth and development is absolutely vital both to creating jobs and to increasing economic prosperity.