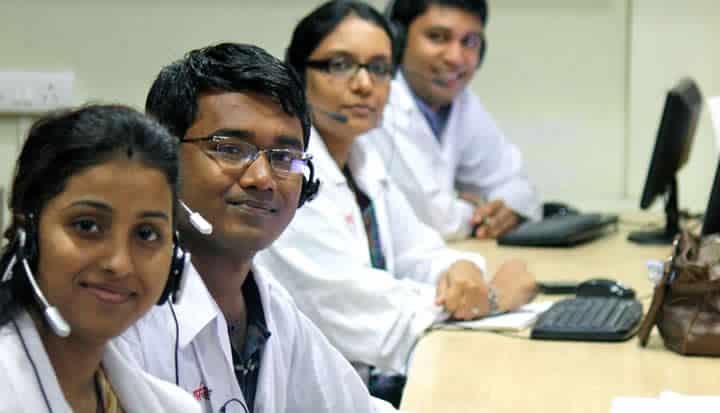 
MeraDoctor is providing reliable health advice over the phone in rural India, where licensed doctors are scarce. It has been a life-saving health intervention for many patients who have found that treatments prescribed by unqualified health agents—called “quacks” in India—are ineffectual, or even harmful.

For example, one customer, a 26-year-old woman who was eight months pregnant, called MeraDoctor about vaginal bleeding. The village quack advised bed rest, but after asking probing questions, a MeraDoctor physician learned that she was passing clots and experiencing contractions. The physician suspected premature labor and referred her to the hospital, where the patient delivered a healthy baby girl the next day.

For a membership price of about $3 per month, MeraDoctor patients with a mobile phone have unlimited access to advice from a licensed doctor, 24 hours a day. Moreover, the calls don’t incur phone charges—patients can give MeraDoctor a free missed call, and then receive a return call from staff who transfer patients to a licensed doctor.

A Shortage of Doctors and Poor Healthcare Infrastructure

MeraDoctor is helping to fill a key gap in India’s relatively poor healthcare infrastructure. India suffers from a dire shortage of doctors—there are only 700,000 doctors to serve a population of more than a billion people, and most doctors choose to work in better-paying urban hospitals rather than in rural clinics.

Quacks are often the only option for timely care for the poor and sick. Today, up to 80 percent of rural Indians rely on quacks for everyday healthcare, even though they have no medical qualifications.

Quacks often give only cursory examinations before dispensing small doses of antibiotics freely, leading to widespread antibiotic resistance in India. MeraDoctor hopes to provide a trusted alternative to village quacks, whose recommendations have often made acute conditions worse, or chronic.

A Business Model Centered on Patient Value and Low-cost Distribution

MeraDoctor is part of India’s growing telemedicine movement, which is leveraging mobile technology and the Internet to bring e-healthcare to rural communities. However, MeraDoctor believes that it offers more value than other telemedicine services because it is inexpensive, incurs no phone charges, is accessible 24-hours a day from the patient’s home, and is customer service oriented.

“Many of our rural customers say they have never had a healthcare experience like ours in which doctors are patient, compassionate, and proactively follow-up to ensure improvement,” according to MeraDoctor.

The service also has greater community penetration than many telemedicine start-ups, because of MeraDoctor’s partnerships with a widespread network of local financial and retail establishments—such as chemists, mobile shops, banking agents, and government service outlets. This distribution network enables people in rural areas to purchase the service with cash and through a face-to-face transaction—an element that MeraDoctor views as critical for gaining the trust of communities.

Scaling up to Transform Health Systems

MeraDoctor has provided more than 12,000 doctor consultations by phone to customers spanning “illiterate MFI borrowers to business executives in Mumbai” since 2011. The organization is attempting to scale up by expanding its distribution network, engaging communities with impact stories, and developing additional product features.

It will continue to focus marketing efforts in the state of U.P. because of the size of the region’s potential customer base (200 million people), cell phone penetration, poor access to healthcare, and moderate levels of disposable income.

“Our target customers are the 84 million families in rural India that own a mobile phone and earn more than Rs 7,500 ($137) per month, but lack ready access to licensed doctors,” according to MeraDoctor. “They spend Rs 8,000 ($1.5bn) annually on out-of-pocket primary care and outpatient fees.”

Currently, MeraDoctor is funded by private capital investment and wants to generate self-sustaining revenue solely through its membership products that are sold directly to low-income families throughout semi-urban and rural India. Patients can sign up for as short a time as one month to a year. Year-long memberships include personal accident and hospitalization insurance, as well as discounts at diagnostic centers and pharmacies.

“Over time, we expect to earn about 15 percent of revenue from ‘incremental sources’ such as partnerships with pharmaceutical companies, insurers, telecom firms, diagnostic labs, and healthcare providers,” according to MeraDoctor. “We have already established a number of such partnerships which we expect to expand over the coming years.”

This story is part of a series about innovative business models that are solving the systemic health problems of different markets around the world. This initiative was selected as a finalist in the Transforming Health Systems: Gamechanging Business Models competition, launched by Ashoka Changemakers and Boehringer Ingelheim. Visit the competition page to vote for your favorite finalist before June 18.