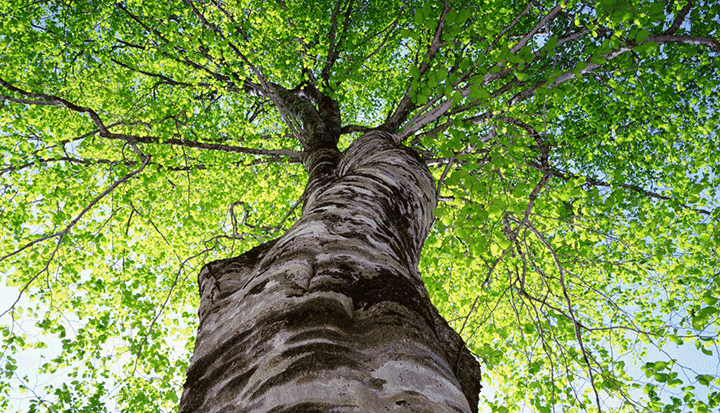 
By far the biggest boundary we have to transcend today is our compulsion to keep on transcending boundaries!

Over the last 40 years, I’ve collected any number of definitions of sustainable development. One of my favourites is this: ‘To live on Planet Earth as if we were planning to live there forever.’ Right now, we’re doing exactly the opposite: voraciously gobbling up resources as if there was no tomorrow, whilst exceeding ‘carrying capacity thresholds’ at every turn.

At the heart of this insanity is a collective mindset that is now so deeply embedded, so hard-wired into our sense of what we are as a species, and who we are as individuals, that the only way out is to reboot the entire system.

Just think about the dominant leitmotifs in the way we characterise progress: that economic growth is good, so more economic growth must necessarily be better; that money and possessions are by far the best proxies for human happiness; that we shouldn’t worry about year-on-year increases in human numbers, as a combination of ‘limitless resources’ and human ingenuity will cope; that we stand apart from the rest of the natural world, and can go on ‘fixing things’ indefinitely into the future to overcome any notion of natural limits.

There are few politicians who seek to distance themselves from that dominant mindset. Even fewer business leaders! It’s left to the likes of the Pope and the Prince of Wales to invite people to contemplate their own idiocy.

Science now demonstrates – incontrovertibly – that the rise in human numbers and resulting pressures on the planet since the mid-1950s has resulted in humankind becoming a force of change on a par with the natural forces that have determined the fate of the planet over billions of years. In effect, we have become our own geological epoch – the Anthropocene – capable of influencing the workings of the planet at a scale that will determine the very future of our species.

And everything changes in the Anthropocene. The old logic of economic growth without limits no longer applies. There is no more ‘free environmental space’ out there – be it in terms of bountiful fish stocks in the oceans, abundant rainforests, virgin soils, or ample atmospheric space. There is no more ‘away’. We have saturated the system; the Earth has taken all the abuse it can cope with. We’re starting to hit the ceiling of the critical biophysical processes that regulate the stability and resilience of the planet.

All of which means that the risk of human-induced catastrophic tipping-points changes everything. We need to abandon the ‘old story’ of business-as-usual growth, and transition instead to a ‘new story’ of growth within a safe operating space, provided by a stable and resilient planet. In essence, ‘growth within limits’, or prosperity within planetary boundaries.

I’ve come to see this transition (from the Holocene to the Anthropocene, in geological terms) as the coming of age for humankind, as we move from a somewhat protracted, no-holds-barred adolescence into a more measured and responsible adulthood. Put like that, I know it sounds a bit boring! And for many, the notion of living within such strict limits is unnerving: what effect will this have on human freedom? Will it not imperil the dynamism of a market economy – or crush our creativity and free spirits? But why should it?

For me, living within limits is the political equivalent of the literary discipline of the sonnet – a poetic form which demands (more or less!) unbending compliance with a given set of rules regarding the number of lines (14), the length of line (decasyllabic), rhyming structure and so on. If poets can produce work of stunning beauty and originality ‘within the sonnet’s scanty plot of ground’, why should humankind not find beauty, meaning and ‘living well’ within a canon of environmental rules that lays down the parameters for prospering sustainably on Planet Earth?

At one level, this is a preposterous question. But nobody now denies that somewhere out there, there is an upper limit to the number of human beings the planet will be capable of supporting in the future. It might be nine billion, it might be 20 billion. But it is not an infinite number. (It might also be one billion, by the way, or even less.)

So you might therefore imagine that encouraging good debate about some kind of general principle of ‘an upper limit’ on the number of human beings would be self-evidently sensible and uncontroversial. Not a bit of it! From the publication of Paul Ehrlich’s ‘The Population Bomb’ in 1968, we’ve had more than 45 years of sustained controversy about the degree to which ‘a limits thesis’ is either intellectually robust or even useful in terms of influencing the way policy is made and the way people choose to lead their lives.

But growing support for the idea of ‘living well within Planetary Boundaries’ (as pioneered by Johan Rockström and colleagues at the Stockholm Resilience Centre) is now rapidly gaining ground. And not before time, it has to be said!

One response to “Living Well within Planetary Boundaries”