Interview with Dymphna Van der Lans: The Courage to Lead 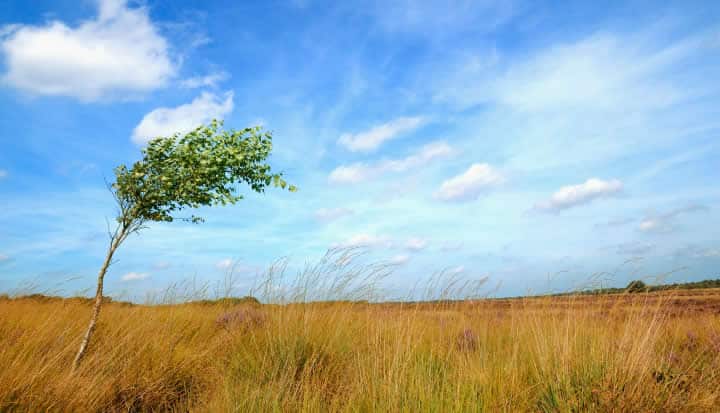 The Courage to Lead


When Dymphna Van der Lans was asked to set up a new alternative energy business for BP in emerging markets, she embraced the unique challenges and risks of working within an organizational structure, yet pushing into new territory, that are part of leading an intrapreneurial initiative. Here, she offers some key insights from her journey as a social intrapreneur that are relevant to anyone who has socially-conscious, entrepreneurial tendencies, but prefers to execute within the walls of a larger organization.

So what is it that pushes individuals, despite the personal risk, to step into the role of a leader, breaking corporate boundaries?

For Van der Lans, it was clear from the moment she made the choice to study Chinese at the age of 17: she wanted a challenge. Intrigued by different systems, she predicted in 1990 that China would become a big player in the economy, and she wrote her thesis about environmental protection laws in China and the influence of foreign direct investment in the energy sector.

Early on, Van der Lans recognized that her strengths were in thinking forward about investment decisions, business strategies, and execution. The pieces fell into place for her when she was recruited to join BP, and she eventually became part of the BP Alternative Energy executive team.

This gave her the opportunity to lead, to make a big impact, and in so doing, to drive social change. Her business venture was driven by social values: looking for low-carbon solutions, and involving local communities. As she puts it, she was tackling challenges “so big, they need to be solved at scale, and corporations can provide the skill needed to address them.”

What are the qualities that make it possible for an individual to be both pragmatic and socially-minded, connecting the internal pieces of an existing structure?

According to Van de Lans, the secret is storytelling. It’s the ability to tell your story and convince people to help you who are not actually responsible to you.

Moreover, it’s the way intrapreneurs use of internal resources and different skill sets. The key is to pull together your own hard and soft leadership skills (persuasion, delegation, listening, and clarity of explanation) and combine them with the different skill sets of the members of your hand-selected team.

And it’s ensuring that the internal resources you mobilize will cover the start-up costs, including hiring consultants, that an external venture would require.

The connecting thread is loyalty – multi-year initiatives often require a steadfast commitment on the part of the intrapreneur. It’s about balancing personal risks with pushing your comfort levels, according to Van der Lans.

You may find there is a lower level of risk associated with working inside an existing institution, compared to launching your own venture—depending on where you feel most comfortable. On the other hand, some entrepreneurs are more comfortable being their own boss, avoiding performance reviews, the responsibility of reporting to someone else, and having to sign off on expenses. At the end of the day, it’s wherever you are most comfortable.

Have the courage to execute. Any venture, whether internal or external, requires the hard work of an entire team. But clear leadership is the focal point of success.

This is especially true when shepherding forward a new and innovative project: there will be a high level of uncertainty about how it will be perceived internally, and this calls for the skillful articulation of what you’re achieving and why.

The ability to “sell” the viability and sustainability of a social venture lies on the shoulders of the intrapreneur, even as execution runs team-deep. At the same time, it is critically important to your company’s leadership to support your project as you tackle strategic challenges, such as obtaining funding, building partnerships, and assembling a team.

Social intrapreneurship, even within the walls of an existing institution, requires an ability to connect people, resources, and ideas while being able to manage the vulnerability of taking a risk. As Van der Lans demonstrates, being a social intrapreneur is an art.