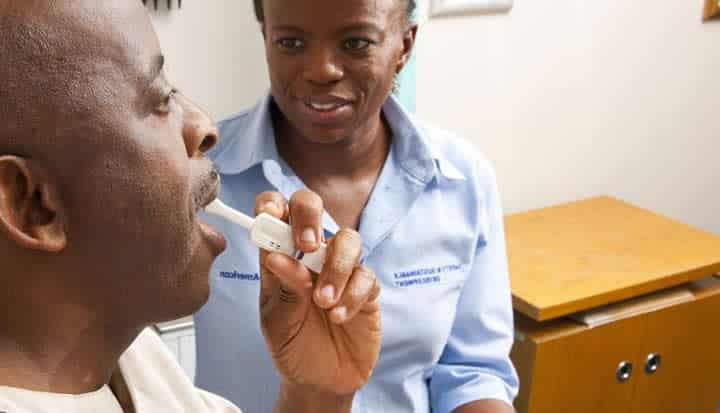 
Inadequate health systems have a disproportionate and crippling effect on the growth of developing nations. And yet the solution is within closer reach than many realise, says Dr Brian Brink, chief medical officer of Anglo American.

A robust health system lies at the heart of building a country that has a healthy population, healthy society and healthy economy. The irony is that the countries that need those healthcare systems the most, are paying the heaviest price.

"The true cost of disease to a developing nation lies not so much in the cost of the infrastructure or medication that they need in order to treat it, but rather in the many-fold cost of not having it – in other words, the cost of a compromised working population that is neither healthy or happy enough to keep communities functioning and the wheels of the economy turning," says Dr Brink.

"Developing countries are the most susceptible to, and least equipped to deal with, the burden of diseases such as malaria, tuberculosis and HIV/AIDS. To tackle those effectively you need to know who has which disease. You need to be sure that those people are correctly diagnosed, put on the right treatment at the right time, and adhere to treatment guidelines. Not being able to do that, whether through a lack of health facilities, information or adequate management, is how a normally preventable, manageable health condition can run rife through a population and incapacitate the people upon which its society and economy depend."

An example is that of Ethiopia, where, according to a 2007 case study published by Population Action International, 80% of morbidity is due to preventable communicable and nutritional diseases. One in 14 Ethiopian women faces the risk of death during pregnancy and childbirth, and one in eight Ethiopian children die before the age of five. The culprit? Weak healthcare systems and infrastructure.

"The World Health Organisation defines health as a state of complete physical, mental, and social wellbeing and not merely the absence of disease or infirmity," says Dr Brink. "A population that is not physically, mentally and socially strong cannot be competent, energetic or hard working.

"For example, a miner who has an ill or undernourished family cannot work to his best ability and therefore compromises the productivity and safety of those around him. Similarly, a community that isn't mentally and physically healthy can't sustain itself, support the businesses that operate around it, or contribute to the economy."

As an organisation that has more than two-thirds of its work force based in developing nations, Anglo American has experienced this first-hand. "Over the years we have witnessed the burden of widespread disease, not only in terms of the impact on business generally, but also the impact it has on socio-economic conditions and the welfare of people," says Dr Brink. "It puts a massive constraint on development. Tackling the burden of this disease by strengthening community-wide healthcare systems will unshackle communities, if not the population as a whole, to achieve much more."

Dr Brink believes that achieving this ideal is within closer reach than many people realise, in that much of the skill and expertise needed to establish and support sound health systems in any given country already exist within its business environment.

"A health system should be run like a business, with the right tools and training, a properly functioning procurement and supply chain, proper financial and human resource management, good governance, monitoring and evaluation, and sound information systems.

One example of how these skills can be extended to communities with great effect is Anglo American's partnership with the Department of Health in South Africa's Eastern Cape province.

The company has sponsored the writing of a business plan to revitalise the funding and delivery of primary healthcare in four provincial sub-districts, and is now focusing on the implementation of that plan in one of the districts most directly associated with the families of its employees. Once in place, the Healthcare Department will be able to replicate this new model for primary healthcare delivery throughout the province.

"Health systems are grounded in the human right to the highest attainable standard of health. Healthcare might not be a company's core business, or a core part of a country's GDP. But it is core to it."

Brian Brink is a globally recognised expert on the progression of the AIDS epidemic in southern Africa and driving force behind Anglo American's decision to make free anti-retroviral drugs available to employees in 2002.