How Can Sustainable Development Remain a Priority? 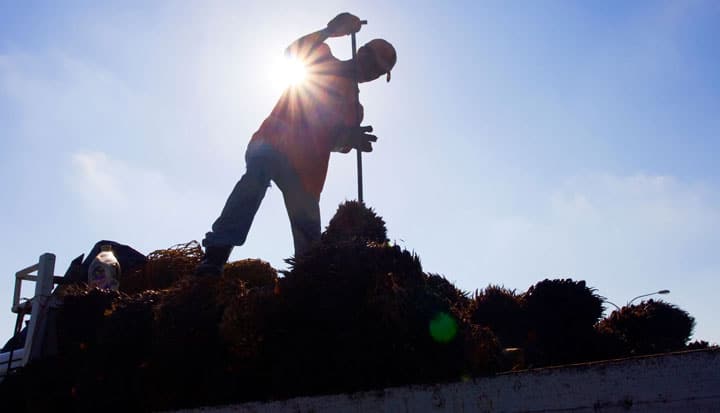 As the Global Economy Slows, How Can Sustainable Development Remain a Priority?

The summer is heating up with reminders that the first anniversary of the launch of the2030 Agenda is not far – and when it comes to implementing sustainable development worldwide, time passes rather quickly. The high level political forum (HLPF) on Sustainable Development is convening in New York, the first since the adoption of the UN Sustainable Development Goals (S... It comes hot on the heels of businesses being reminded by Secretary-General, Ban Ki-moon, at the UN Global Compact Leaders Summit in New York on June 22, who told those assembled that: “All businesses, everywhere, can and should play a role in improving our world.” He also added: “That starts with integrity – doing business right.”

Doing business right involves integrity at many levels, with commitments to ethical principles as well as commitments to shareholders. In the current economic climate, balancing “improving our world” and “doing business right” can seem challenging. After all, the state of the global economy is not helping. The Brexit vote may not be the last nail on globalisation’s coffin, but the pallbearers have been put on high alert, especially given the xenophobic rhetoric of the presidential campaign across the Atlantic. The world’s two largest economies, China and the US are already at loggerheads on the disputes ranging from trade to issues of territorial encroachmentby China. The EU and Japanese economies are struggling. Multiple crises – political, security and humanitarian – stretch across the globe. Even the formerly dynamic emerging markets are in a state of slowdown. Therefore, it should not be a surprise that the new SDG Index and Dashboard show that all countries face major challenges in achieving the SDGs by 2030. Even the top-ranked country, Sweden, scores an alarming “red” on several goals.

The region I am most concerned about is Africa. While the continent enjoyed a short-lived “Africa rising” moment, it now struggles with slowing growth because of prospects for drought and dropping demand for its commodities. Capital Economicspredicts growth of 2.9% for sub-Saharan Africa– a 17-year low for the region. A key indicator of worry is when multinational companies, with deep experience in the region, head for the exits: Nestlé is cutting 15% of its workforce across twenty-one African countries, while Barclays is out altogether.

From the standpoint of the 2030 Agenda, Nestle’s exit is particularly troublesome for many reasons. First, without demonstrable progress in Africa, the SDGs will fail. The retreat of a formidable player, such as Nestle, would cause us to question the realism of the 2030 Agenda as conceived. The second reason for worry stems from the business rationale offered by the company. “We thought this would be the next Asia, but we have realised the middle class here in the region is extremely small and it is not really growing,” according to Cornel Krummenacher, chief executive for Nestlé’s equatorial Africa region. This suggests that the carrot that entices well-resourced businesses to invest in the developing world is, in reality, much shorter than previously anticipated. Nestle’s actions would, naturally, be a signal to others. The third reason to be concerned is that Nestle is a standard-bearer among companies with a commitment to sustainable development. In a recent report, the company highlights impressive examples of the steps it has taken to deliver against each of the Millennium Development Goals. In the case of the SDGs, Nestle has made 38 public commitments. Given its embedded experience and investment in an ecosystem for promoting sustainable development, Nestle’s drawdown is a loss.

Should we, therefore, assume that we are destined to fall behind on the 2030 Agenda and re-calibrate expectations? Not so fast. I have made the point in the Harvard Business Review, that adversity often produces the best conditions for unlocking new opportunities, by tapping resources that may elude us during the good times.

To grasp how this might work in practice, consider the case of the agri-business giant, Olam International, and its counter-cyclical investments in Africa, facilitated by the downturn. As part of our Inclusion Inc. research initiative, I spoke with Olam’s co-founder and CEO, Sunny Verghese for a broad perspective on the company’s approach to investing in sustainable development. Olam’s farmer network is now at 3.9 million across 65 countries, with over 80% in the developing world. Investing in this network is an essential part of its business strategy. As Verghese put it, “It is easy to get a license to operate in the country from the government. But the community will not give you a license- you will not survive if you do not help transform its means of livelihood.”

Now consider Gabon, a country that has traditionally relied on its oil reserves for 85% of its exports and about 50% of revenue. The depressed price of oil and resulting collapse of oil revenues, presented a potential crisis for the government, with GDP growth dropping to about 3.2% this year, from 4% in 2015, according to the IMF. This crisis was also an opportunity to think differently about the Gabonese economy and break out of a “resource curse”. The country can pivot by re-directing the unemployed resources towards new uses. Gabon’s pathway to sustainable development could be through diversification by growing cash crops, such as palm oil and rubber; specifically, the government’s plan was to boost agriculture’s share of the economy from 5% to 20% by 2020.

Towards this end, Olam began working with the Gabonese government in a public-private partnership: the government of Gabon provides land, finance and logistics infrastructure for developing the smallholder plantations, while Olam lends expertise in palm plantation development and establishing rural investment models to develop and manage the plantations. Parcels of land are identified and allocated to Gabonese citizen cooperatives, whose members undergo plantation management training. Olam is also investing in the training: cocoa farming practices in Cote d’Ivoire, training in operating bulldozers in Morocco and modern farming techniques at palm-oil plantations in Malaysia.

In a speech, Verghese commented: “This is the first time a programme of this scale and nature has been undertaken in Africa – in Gabon where we now have the opportunity to promote the growth of the palm industry through local capacity building and supporting rural Gabonese in their aspiration to become business owners.”

Of course, all of these initiatives help Olam meet shareholders’ interests, with integrity – and do business right. According to Verghese, “Our shareholders said we don’t want management to spend on social activities. Just give the money back as dividends. In order to invest in doing good in the community – we need to make the business case. We only invest in areas where we have expertise and where there is mutual value for the company and the community.”

No doubt, the global economy is going through a period of several overlapping challenges. In some parts of the world, such as sub-Saharan Africa, these may seem like the worst of times – at least in the last 17 years. However, with far-sighted leadership and some imagination, the worst of times may well turn out to be the best of times.

Bhaskar Chakravorti is the Senior Associate Dean of International Business & Finance at The Fletcher School at Tufts University. He is also the founding Executive Director of Fletcher’s Institute for Business in the Global Context and author of the book, “The Slow Pace of Fast Change.”

This article first appeared on The Guardian and is reproduced with permission.