Dangerous Ideas Wanted: 20 years of Fairtrade in the UK 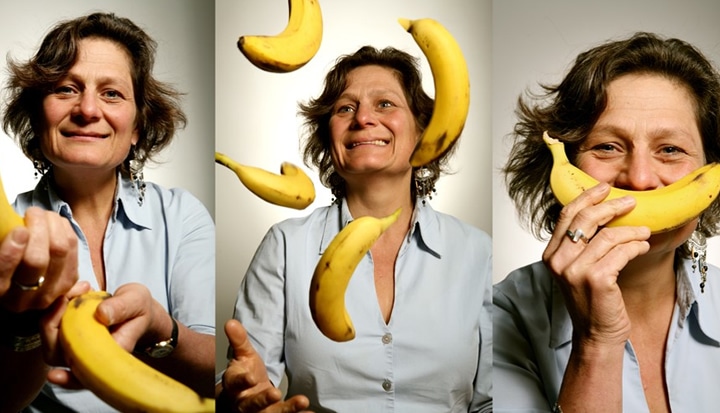 Dangerous Ideas Wanted: 20 years of Fairtrade in the UK


The ever-quotable Oscar Wilde said: ‘An idea that is not dangerous is unworthy of being called an idea at all’. Twenty years ago, Fairtrade burst onto Britain’s shop shelves with just such a dangerous idea: that farmers and workers in developing countries should be paid a fair price, that they needed a better deal – and that we, the companies and consumers in Britain should pay for the true value of our cocoa, coffee or bananas.

Fairtrade arose from the clear failings of free trade. When the International Coffee Agreement collapsed in 1989, prices went into wild fluctuations with terrible falls ‘to hell and back’ leaving farmers with prices so low, it wasn't even worth picking the coffee berries. Unregulated, global markets have become only ever more concentrated. For example: half of all coffee beans are purchased by just 5 companies, and just three companies control 90% of the world’s grain trade.

So Fairtrade seeks to redress these imbalances and the resulting inequalities by organising producers and consumers. Of course, Fairtrade, like all dangerous ideas was initially dismissed, laughed at, argued down by confident economists. But that wild dangerous idea soon became part of a quiet revolution in our shopping baskets as the public took Fairtrade to heart.

The brilliant idea was that step by step, product by product, we could put justice into trade and create the living alternative. And so puffing and panting, we have come today to the top of the first hill. When we pause and look at the view, it is breathtaking. Today 1.4 million farmers and workers in 1,200 organisations in 74 countries participate in Fairtrade.

Each organisation, in its own different stages of development, sees the impact of Fairtrade in different ways. A recent study by the University of Gottingen found that incomes of smallholder farmers increased by 30% through Fairtrade. For other coops, such as olive oil farmers in Palestine or women coffee farmers in Congo, Fairtrade is a lifeline as they struggle to access markets and build the economic underpinnings of peace. In Paraguay this year, sugar farmers cut the ribbon on the world’s first sugar mill owned by smallholders.

But of course we are not at the top of the hill at all; as we reach the top, we see what is ahead – another hill and another. In fact, we are only in the foothills of the mountain of injustice in trade that is looming over us. For all our achievements, talking about fair prices to producers is still taboo, with the recession making the topic even more difficult with consumers. Companies that are deeply involved in sustainability, have a major blind spot when it comes to pricing with competition policy providing a helpful escape route. Meanwhile trade continues to be more and more concentrated in the hands of fewer companies, so strengthening their power in supply chains and deepening the divide with producers. That is why today, Fairtrade has to be as innovative and have as many dangerous, wild ideas as the founding pioneers.

Some innovations are bubbling up and Fairtrade continues to make big bold moves. We have for example started groundbreaking work on how we can make progress towards a living wage for workers on plantations. Coming together with other organisations such as SAI, Utz and the Rainforest Alliance, we have commissioned benchmark studies which show just how wide is the gap between the current wages for example on tea estates in Malawi, and a real living wage for workers. Now we are thinking how could we possibly create a wide enough alliance with companies, Governments, trades unions and others to make progress up that ladder of change. At 20 we are now grown-up enough – older, wiser and with that challenging edge of self-doubt to realise that we don't have all the answers. Which is why we want to reach out and collaborate with others to find new approaches, the next generation of radical ideas.

We have changed our whole global structure, ensuring that the producers, organised into networks in Africa, Asia and Latin America, have half-ownership of Fairtrade International. You can tell that’s innovative because we are the only certification Mark, half-owned by producers.

We’ve taken a first step into the minefield of Fairtrade gold, shining a light on the scandalous poverty among small-scale miners. And we’re working on new standards for textiles and for Fairtrade Carbon Credits. We’ve launched a Fairtrade Access Fund to address smallholders’ need for credit and already has loaned $15 million to smallholder producers. We’ve launched Fairtrade in the markets of India, Brazil and East Africa – markets of the future and bringing Fairtrade home to the farmers.

So at 20 Fairtrade is still innovating again and again, again and again. But are we still dangerous enough? Are these innovations enough to get us to the summit of the mountain? How can we reinvigorate the beating heart of our movement – the organised farmers and public –to take the fight much much further to end the everyday scandal in which failures in markets and governance are holding farmers and workers in poverty despite all that they put on our table every day? Now these are the questions the Fairtrade movement needs to address head-on as we step boldly into the next 20 years of our history.

This blog was first published on the Fairtrade blog, and is reproduced with permission.

3 responses to “Dangerous Ideas Wanted: 20 years of Fairtrade in the UK”